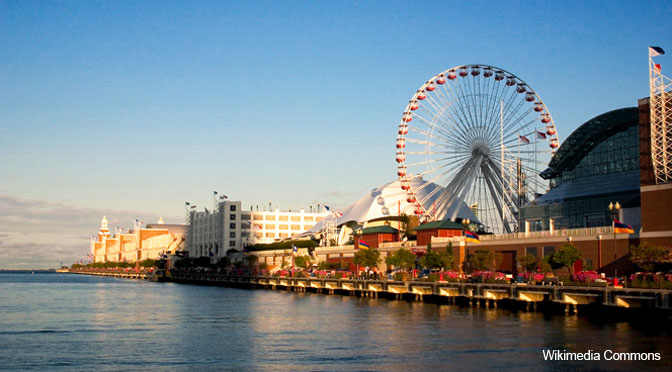 According to Scheidler, Pro-Life Action League’s actual protest took place on the public property outside Navy Pier, which is private but open to the public. But when he personally entered the Pier as a non-protesting individual and got near the Grand Ballroom where Planned Parenthood’s fundraiser was being held, he was approached by security.

Once back on the public sidewalk, police approached him, and arrested him for trespassing and not producing identification. Scheidler was eventually cleared of the charges, but a memory card police took from his GoPro belt camera, which he says would have further confirmed there was no reason to charge him, was never recovered.

“This was a brazen and outrageous violation of Eric Scheidler’s personal liberties and civil rights,” Thomas More president and chief counsel Tom Brejcha said. “He was arrested, jailed, and had his belongings confiscated on charges that were patently false and fabricated. Evidence proving his innocence of criminal trespass charges was maliciously destroyed, while those sworn to uphold the law either ignored or, worse, actually partook in the suppression of that evidence.”

“We cannot permit this flagrant violation of a citizen’s civil rights to go unchallenged, lest others suffer similar wrongs on the part of those whom we entrust with the critical mission of keeping civil order in accordance with law,” he continued.

He further noted that Pro-Life Action League’s protest had been entirely peaceful, with Navy Pier and Chicago police’s actions against Scheidler the only disruption.