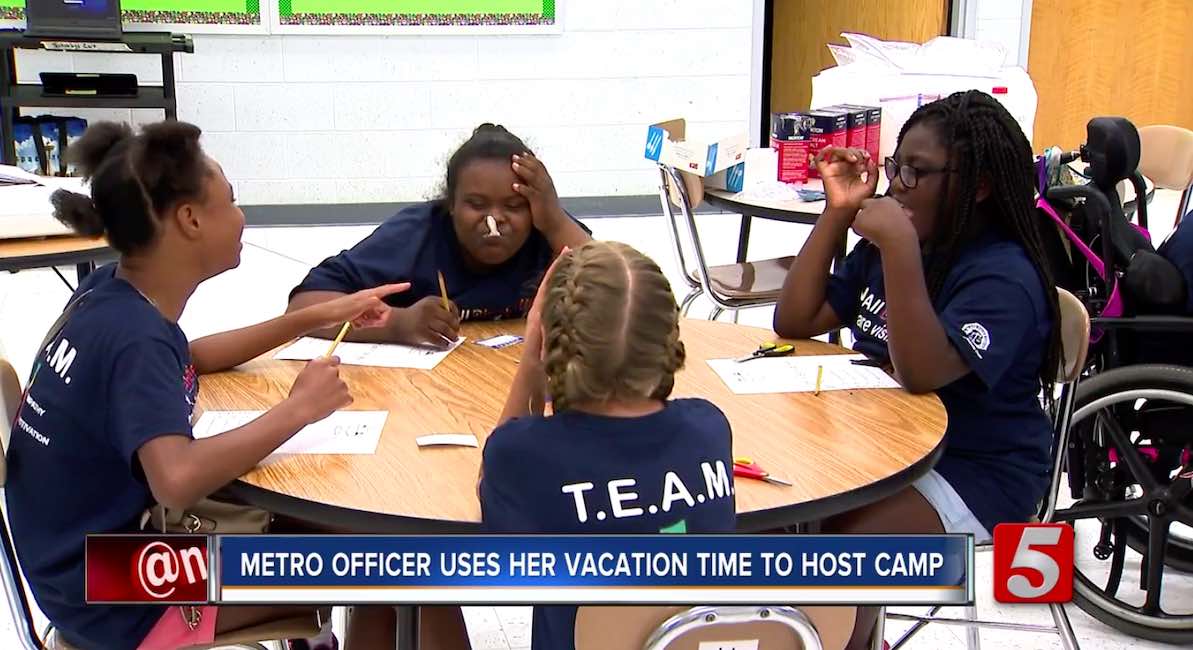 The Nashville Police Department organizes a summer camp, but Officer Angela Booker realized that some people felt left out when they weren’t able to attend: girls with disabilities. Booker, who works as a school resource officer, realized something had to change when one of her students wasn’t able to attend, while her sister could. She decided to take action herself.

The student, Leah, said her sister teased her about being able to go to the camp, while she couldn’t. “That really crushed Leah,” Booker told the Associated Press. So, using her own money as well as her personal vacation time, Booker started T.E.A.M. 1 summer camp, a weeklong day camp specifically for girls with disabilities out of her desire to make sure these girls knew that they matter.

“What started with me just wanting to take off work and put together something to do with them so they can feel important and special, grew into a week long full-fledge camp,” she told News Channel 5. The camp is for middle school and high school students who typically have varying disabilities such as autism or Down syndrome, and is free of charge.

The camp cost Booker about $1,000 of her own money the first year, and she had to organize the activities and find volunteers on her own. Each day of camp, the girls begin with lessons on hygiene and prayers, and they participate in activities like arts/crafts and sports. But Booker wanted to help them learn some practical skills, too — things she realized girls with intellectual disabilities weren’t being taught in school. They learn math and science, as well as financial management classes, and lessons on sexual abuse.

“Unfortunately there are some people out in the world that would take advantage of them because their minds aren’t as mature to understand when they’re being taken advantage of,” Booker told News Channel 5. But they always make sure to have fun above all else.

This past summer was T.E.A.M 1’s second year in operation, and while Booker still spent about 100 hours of her own time putting it all together, she has much more support now. The police department and Nashville school system are contributing food, transportation, and staff, while volunteers and donors are helping to provide t-shirts and outings (wave pools, trampoline parks, etc.) free of charge. For many of these girls, the summer camp is the highlight of their year, but Booker hopes they take home a bigger message than just fun. “We don’t want them to feel left out even with certain disabilities or limitations.”