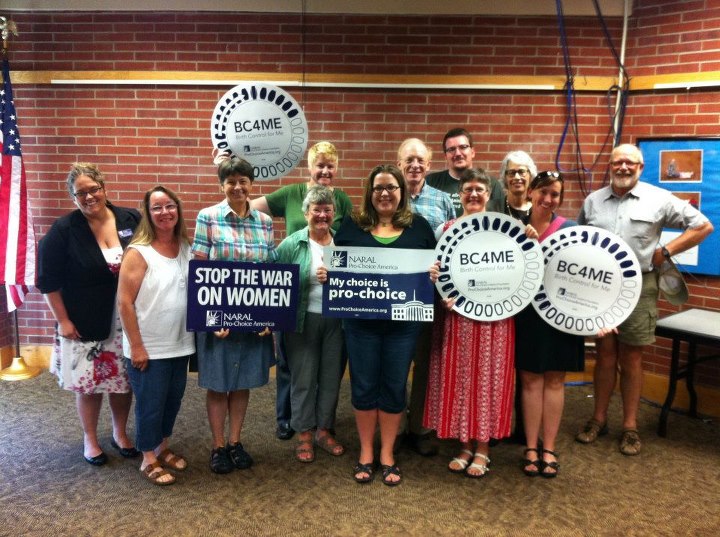 In short, a ridiculous “feel-good” distraction from the real debate. 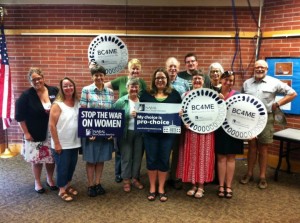 In an apparent effort to convince the American public that “no-cost birth control” would be good for everyone, NARAL has created a Facebook app. The app requires you to plug in some basic information – your age, how many children you want, and what form of birth control you want to use. Then, the app details exactly how much money “no-cost birth control” would save you over a lifetime. It also informs you of exactly what you could do with the thousands of dollars you would save.

For instance, if I put in my age, the number of children I’d probably like to have, and the birth control pill – just for kicks – NARAL informs me I would save $7,128 over the course of my lifetime. Since I am 25 years old and most women lose their fertility around the age of 40, I have about 15 years left. “No-cost birth control,” according to NARAL, would save me about $475 a year and roughly $39.50 a month.

As a side note, while NARAL doesn’t make it clear how it’s are getting its numbers, it appears that the organization is blowing the savings out of proportion. If I had an insurance plan that did not cover contraceptives, I could get the birth control pill at Target for only $9 a month. Under those figures, NARAL has exaggerated my savings by quadruple numbers. Interesting, no?

Apparent exaggerations aside, how exactly does NARAL explain how “no-cost birth control” will be implemented?

Under the new health-care law, you’ll be able to access services that are considered “preventive” at no cost. …

Newly issued insurance plans beginning on or after August 1, 2012 must cover all Food and Drug Administration-approved contraceptives at no cost. Newly issued plans created before August 2012 have one full plan year to comply with the new law

NARAL’s numbers are left unexplained, and they do not all stand up to scrutiny, as I briefly explained above. However, even assuming that the numbers are correct, NARAL goes for the “feel-good” punch. They list out options for what I could spend my saved money on. Instead of paying for my own choices and my own birth control, I could apparently help stop human trafficking, house needy girls, save rainforests, pay my family’s utility bills, and buy groceries. Hmmm…yes, all good things last time I checked. And all things that most of us would like to do. But really, what do those things have to do with birth control? Just because we would like to do good things, should we be absolved from the responsibility of paying for our own choices?

I mean, come on. If the government paid for any of my monthly expenses, I could use my money differently. That’s not peculiar to having birth control paid for. What if I campaigned for the government to pay my electric bills each month? Or, in reality, to have all of you taxpayers contribute to my electric fund? Wait, no – I have an even better idea! Maybe my employer ought to be the one footing the bill (come on, Live Action!). After all, if I was cold and hungry because my heat didn’t turn on and my refrigerator didn’t work (or my computer’s battery died), I’d be unable to work in the first place. So it must indeed be my employer’s responsibility to pay my electric bill.

Of course, that would be a joke. My employers are not responsible for my electric bill, and they should not be responsible for my birth control, either. (As a disclaimer, I do not believe that the birth control pill is a pro-life form of contraception. I’ve merely been using it as an example in this article because it’s a very common form used by many women at some point in their lives.)

One more idea and I’m done. All this talk of what I could do with saved health care expenses made me think of a really great idea. I happen to have someone in my family who has a child with RAD (restrictive airways disease). This child has spent two nights at the hospital in her short life for catching a common cold. While it’s been scary for her parents, RAD really isn’t that uncommon. In some cases, it’s called childhood asthma. You may be more familiar with that term – I know I was.

After one time in the hospital – with oxygen and three or four simple meds – the parents had accrued a bill of $10,000-$11,000. Thankfully, after their insurance plan kicked in, they were left with a bill just over $3,000. Still, that’s a lot of money! And there’s no telling how many times their little kid might end up in the hospital with her life literally at risk. Now, what could these people in my family do with $3,000 if the government gave them a “no-cost RAD treatment plan”? Hmmm…a whole lot, come to think of it.

Now, I don’t think their hospital expenses ought to be 100% covered by the government or the taxpayer anymore than birth control ought to be, even though RAD is far more life threatening to a child than a lack of birth control pills is to most women. Should our health care system be reformed? Yes, absolutely. The costs of basic health care in this nation are outrageous. There, I’m a conservative, and I’ve said that health care ought to be reformed. Don’t be too shocked.

But the answer is not to force the government, the taxpayers, or employers to foot the bill for “no-cost birth control.” That really never should have entered the discussion. And NARAL’s feel-good Facebook app doesn’t do a thing to change the actual realities of this debate.