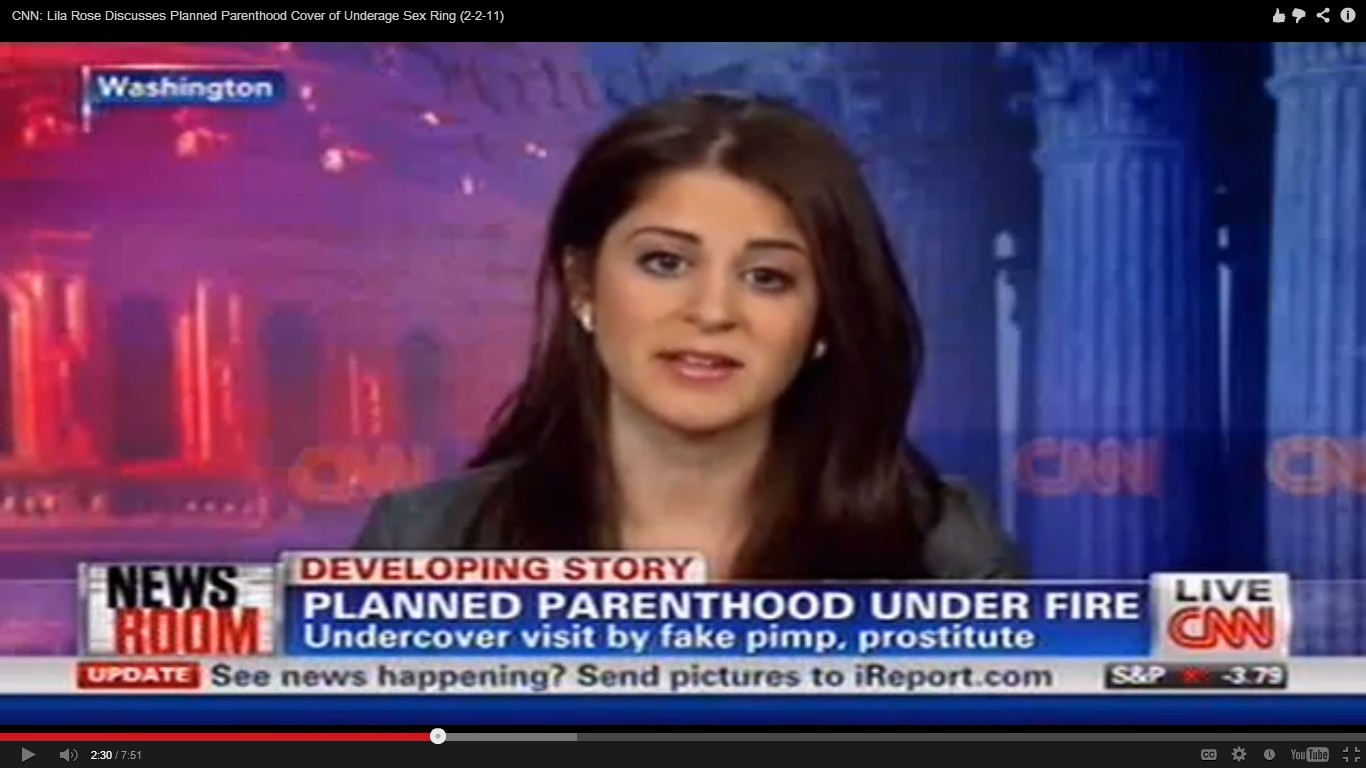 Nine-month pro-choicers (those who support unqualified abortion) have many weapons in their arsenal, but none is more powerful than obfuscation, the deliberate confusion of ideas. On the forty-first anniversary of Roe v. Wade and Doe v. Bolton, right after the March for Life, CNN invited Lila Rose, president of the pro-life group Live Action, onto its show to debate Ilyse Hogue, president of NARAL Pro-Choice America. “Crossfire” was hosted by Sally Kohn on the left and Newt Gingrich on the right. Ms. Rose seemed to this writer to be the winner of the debate, but the pro-choicers were successful in employing dishonest arguments that there was not time to undo. Let’s try to clear up some of the confusion now.

The show began as Ms. Kohn said to Newt Gingrich, “This isn’t about personal views on abortion. I respect your views. The difference is my views don’t infringe on your views, whereas your position literally restricts my choices and my rights.” Enough of the claim that pro-choice is the neutral, hands-off position or the norm, and that the anti-abortion side holds the position of diminished rights! Pro-choice is not non-involvement; it is an attack.

If any other group of human beings were banished from the sphere of equal protection that the rest of us enjoy, so that they could have their limbs ripped off and their bodies poisoned, we would recognize that as hostility. Slavery advocates did not want all white people to be forced to own slaves; they wanted white people to have a choice to own slaves. Were slavery advocates pro-choice on slavery, or were they pro-slavery? Pro-choicers are pro-abortion.

A second type of pro-abortion person is the rarer kind, who think abortion is a good thing rather than a necessary evil. These people are often racists or population controllers, and they often make a living off killing children. This second group might be called “pro-abortion enthusiasts” to contrast with “pro-abortion-choicers.” Since there are two types of pro-abortion people, pro-choicers are likely to say, “I don’t like abortion, so I’m not pro-abortion.” This is a mistake.

Sally Kohn said to the pro-lifers, “Conservatives say they want smaller government. How do you defend the dramatic expansion of government power to control women’s bodies and their choices?” This is ridiculous. It is the pro-choice attack – banishing unborn babies from the sphere of equal protection – that is the “big government” position. The norm is that the unborn get protection under law – that is the small government position.

Roe v. Wade and Doe v. Bolton are not constitutional law; the justices supporting it are judicial tyrants. People defending them are akin to people who support a dictator because they like his policies. If Americans could vote on the price of postage stamps and nothing else, they would not live in a democracy. Since the Supreme Court has usurped the legislative function in prenatal homicide, we do not live in a democracy. In fact, since abortion is genocide, broadly defined, our society is not even civilized.

Ms. Kohn asked Ms. Rose about her “extremism” in opposing prenatal homicide. But to be pro-choice is to be a nine-month abortion-supporter, in all situations and all fifty states. That is what “abortion on demand” means. When pro-abortionists say the government, controlled by men, have no right to forbid pre-birth infanticide, they are demanding abortion until birth. When pro-choice-to-kill advocates say women have the right to control their bodies, again, they are insisting on the right to kill children the day before those children would be born. Furthermore, our law allows for abortion through all nine months, contrary to conventional myth.

Roe v. Wade cannot be taken at face value and cannot be understood without its companion case, Doe v. Bolton. Taken together, they constitute the most extreme abortion law possible. As for anti-abortionists being “extremists,” some anti-abortion activists oppose only late-term abortion. Far too much time on the show was dedicated to rape, incest, and the beginning of pregnancy.

It is absurd for pro-kill activists to say pro-lifers and other anti-abortion people misrepresent the issue. Why would we? What incentive do we have to rationalize the issue or to be in denial? We are not defending ourselves. In fact, the rights of unborn children can seriously burden us, and the concept strictly limits the sex we can have. When one of my feminist college professors said, “Pro-life is just about a bunch of men who want to punish women for having sex,” I didn’t know whether to laugh or vomit.

Nine-month pro-abortionists, on the other hand, are defending the interests of adults like themselves (or so they think), and they grant themselves the right to be incredibly irresponsible. It is easy to empathize with women, hard to empathize with children in the womb, and it takes a particularly wise person to realize that the two groups are really not in conflict with each other. Progressives say they want an inclusive society for people of color, women, and gays, but they hypocritically deny all rights to the most vulnerable human beings in the world.

Pro-choicers are the most destructive bigots history has ever seen.  They are adult supremacists.

The pro-choice attack that banishes all human beings at the beginning of their lives has nothing to do with advancing women’s rights – only their liberties – and has everything to do with denying babies all rights whatsoever. The anti-abortion position is not about babies being superior to women, or about caring more about babies than women. It’s about life being more important than a temporary infringement of bodily integrity. Women do indeed have the right to privacy, the right to control their bodies – and guess what? They had their bodies before they were born.