Accusations of propaganda from the party that stands to lose the most from telling the truth.

A new sex education curriculum in North Carolina has NARAL Pro-Choice America up in arms. 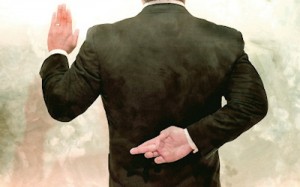 A bill has been proposed to establish a new curriculum for sex education classes in North Carolina schools. S132, which can be found here, sets guidelines for teachers. Along with requiring students to learn about first aid, nutrition, and drug abuse prevention, the bill requires that students be told that having an abortion can increase the risk of pre-term birth in a subsequent pregnancy. NARAL has mobilized its supporters to oppose allowing student to hear about this risk, denying that it exists.

This bill calls for changes to our school’s health curriculum that have nothing to do with protecting our children’s health, and everything to do with spreading misinformation and stigmatizing abortion[.] … This bill is insulting and endangering. It forces teachers to lie to students. Young people need facts about their health – not political propaganda.

However, despite NARAL’s protests, the link between abortion and premature birth has been well-documented in the medical community.

This 2008 article highlighted seven studies showing a “significant” elevated risk of pre-term birth for women who had a prior abortion.

In 2012, two more well-researched studies showed a link between abortion and pre-term births. They appeared in the European journals Human Reproduction and The British Journal of Obstetrics and Gynecology.

The New York Times, a publication not known to be friendly to the pro-life viewpoint, reported on one of them, a study from Finland.

This particular study found that the risk of very pre-term birth (defined as a birth that takes place before 28 weeks) increased by 19% after one abortion, 69% after two abortions, and 278% after three abortions. The researchers also found an increase in births under 37 weeks and low birth weight in women who had had three or more abortions.

The other study was based on research gathered from Scottish women and was publicized in The Telegraph. It found that women who abort their first pregnancies have a significantly greater risk of future pre-term births. According to Prof. Siladitya Bhattacharya:

We found that women who had had a previous induced abortion had a higher risk of a spontaneous pre–term birth in their next ongoing pregnancy, compared with women who had never been pregnant before.

This research was carried out at the Department of Obstetrics and Gynecology at McGill University in Montreal.

Despite all this, NARAL opposes telling students about the very real risk of pre-term birth after an abortion. By rallying its supporters to oppose the truth, NARAL is making a blatant attempt to censor scientific information that can affect the lives of young people and their future children. NARAL, in assuring their supporters that there is no abortion/pre-term births link and calling it “lies” and “propaganda,” are doing no favor for women, much less for their children. Sadly, it is likely that most of NARAL’s supporters will accept the lies NARAL is spoon-feeding them and continue to deny the link between abortion and pre-term births. Pro-lifers need to do all we can to tell the real story.

Thanks to Secular Pro-life, who first broke the story of NARAL and their opposition to the North Carolina curriculum. See their article here.