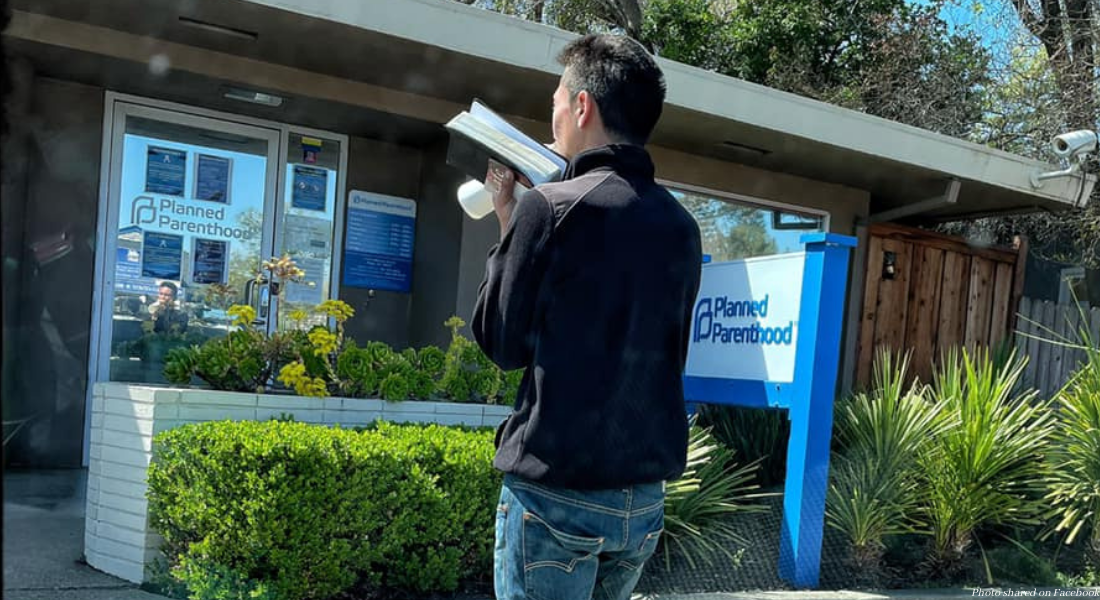 UPDATE, 4/8/2021: The Napa City Council has voted in favor of putting a 30-foot buffer zone into place around the local Planned Parenthood business. All five council members voted for the ordinance, but it will need to pass a second time on April 20th before it is permitted to take effect.

“Every time I’ve been at Planned Parenthood, when police respond to a call they assess the situation, and they’ve found none of us in violation of any law,” Dominic Figueroa, a 40 Days for Life organizer in Napa, told the Napa Valley Register. “This ordinance is making its case from the number of police calls when in reality there have been no actual violations of the law as written. It’s because we haven’t been violating the law, and we’re committed to being a peaceful presence at the clinic.”

4/7/2021:An ordinance under consideration from the Napa City Council in California would effectively ban pro-life activists from reaching abortion-minded women at Planned Parenthood.

The city council will be voting this week on the proposal of a 30-foot buffer zone for pro-life activists around the local Planned Parenthood business. Pro-lifers would also be barred from speaking to any facility staffers or visitors, and barred from using any kind of amplified sound to communicate outside the buffer zone. Their protesting would also be restricted  to hours during which the facility is not in operation at all; protests would have to end an hour before the abortion business opens and could not begin until an hour after it closes.

If the council votes in favor of the ordinance, a second vote will be held on April 20th; if it passes again, the ordinance will take effect 30 days later.

Buffer zone laws are controversial, as they not only prevent pro-life activists from counseling abortion-minded women, but infringe upon First Amendment-protected speech. Indeed, some courts have ruled that buffer zones do not apply to peaceful, pro-life counselors. While in some instances, picketing, patrolling, or demonstrating within buffer zones has been successfully banned, courts have also ruled that pro-life sidewalk counselors are allowed to have one-on-one conversations with abortion-minded women and offer them alternatives, resources, and support.

Furthermore, the Supreme Court in McCullen v. Coakley overturned a Massachusetts law banning pro-lifers from entering within a 35-foot radius of an abortion business. In a 9-0 vote, the Supreme Court justices ruled that the buffer zone law was unconstitutional and said the Massachusetts law went too far in silencing pro-lifers. While, again, the court ruled that harassing and intimidating women trying to enter abortion facilities should not be permitted, merely attempting to talk to women or pray outside of an abortion facility should be allowed.

In the main opinion, the court ruled that sidewalk counselors are doing nothing wrong, as “they seek only to inform women of various alternatives and to provide help in pursing them. [They] believe that they can accomplish this objective only through personal, caring, consensual conversations.” This is a strong precedent against buffer zone laws, yet the abortion industry, along with its defenders,  continue to attempt to restrict the free speech of pro-life sidewalk counselors.