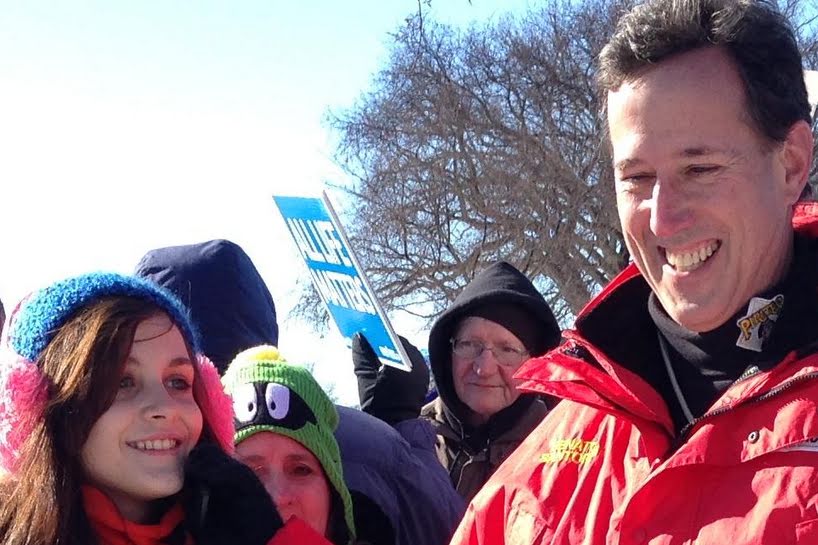 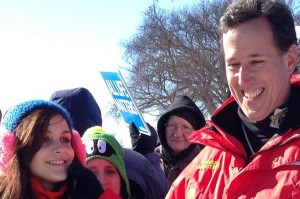 This year was my first experience in attending the annual March for Life in Washington, D.C. The March for Life is a chance to let your pro-life voice be heard. It is held on the anniversary of Roe v. Wade and marchers come to protest that decision by peacefully marching from the Mall to the Supreme Court building. My journey in preparation for the March for Life, however, started many days before.

For our particular group, in order to qualify to attend the March for Life, you needed to be a high school student and a volunteer at Clear Choices Pregnancy Resource Center in Leitchfield, Kentucky. Volunteering at Clear Choices was an insightful experience for me because I was able to hear what kind of experiences the workers had while helping pregnant women in need. I really liked that women who had benefited from the program would come back later and donate things such as baby clothes, toys, and maternity clothes to other women in need. This showed their appreciation for what Clear Choices had done for them.

Our group traveled to D.C. on January 20 in a large van. There were nine kids plus Father Steve and three other adults as chaperones. The drive was twelve hours long and it was crowded in the van, but we had fun because we played games on the way. We also prayed the Angelus twice a day throughout our trip, and this includes when we were riding in the van to and from the March for Life.

We stayed in the old rectory at St. Mary’s parish in Barnesville, Maryland. I was expecting rather bare-bones accommodations because I was told that attending the March would be more like a pilgrimage than a vacation, but when we arrived I saw that the old rectory was much more comfortable than I imagined it would be. It was a two-story house with carpeted floors, a kitchen, and two bathrooms. We did have to take turns with only one shower, but that was not an issue. I would have been happy with tile floors and no kitchen because the purpose that we were there for was greater than our own wants: marching for life, to end abortion.

On the first day, we traveled throughout Washington, DC. via our van, a few train rides, and lots of walking. We had hoped we could visit Ford’s Theater, the site where Abraham Lincoln was assassinated, but unfortunately it was closed due to the harsh weather conditions. But walking throughout frigid D.C. that day, I felt, was good practice for the March the next morning.

The last and best part of the day was having Mass in the basement of the Basilica of the National Shrine of the Immaculate Conception. This church is the largest Catholic church in the United States and has seventy chapels (!) honoring our Blessed Mother. We happened upon a Mass, which had just begun, and Father Steve told us that we should go in. He told us not to receive Communion, however, because he didn’t know if they had enough for us. But the priest who was presiding, at the end of Communion, noticed that he had a little left, so he waved for us to present ourselves. He broke the pieces so that we could all receive Communion. That made me feel very special.

We made it back to the old rectory–after getting lost on the highway for an hour or so–and then it was shower time. As everyone was going through their things, I stood awkwardly waiting for my turn. Some others in our group thought that I had come unprepared because I didn’t bring a lot of extra bathroom items (like face cream and a hair dryer), but because I treated it as a pilgrimage and not a vacation, I didn’t think those things were necessary. I let my hair air dry, but I did appreciate that a friend let me use her extra towel! We went to bed early because we had to wake up early for the Youth Rally and Mass at the Verizon Center, but I was still only able to sleep for about five hours.

The next morning we went to the Verizon Center for the Youth Rally and Mass. Before the rally, we prayed the rosary. The rally was held before Mass and it was a lot of fun. During one song, everyone with iPhones turned on their light and shined it around, waving it, so that it looked like the venue was filled with stars. A Catholic youth leader named Dj Bill performed and showed us all what he calls “The Catholic Dance.”

The rally was a lot of fun and it really energized us, but the Mass was just as exciting. Priests and seminarians were everywhere! Of course, the high point of the Mass is always the Eucharist, but what made this Mass extra special was the attendance and message of the Apostolic Nuncio, Archbishop Carlo Maria Vigano, who read us a letter from Pope Francis encouraging the youth at the March. He also delivered us the Holy Father’s formal blessing. This made me feel very important in the life of the Church, not just as a member of the Church as a whole, but also myself personally. We all gave Archbishop Vigano a standing ovation twice. The first was when he was introduced to us and the second was when he delivered the message from Pope Francis.

After Mass, it was time to March for Life! There were people outside the Verizon Center passing out free stickers and signs. They also had piles of signs promoting life that they were handing out. We made our way toward the Mall, where a rally is held prior to the March. I was really excited because I knew that I was going to meet Rick Santorum, the former Senator of Pennsylvania and potentially our next president. He is also, like me, a faithful Catholic. Because he is a friend of my mother’s, I was able to march with him after I received permission to do so beforehand from Father Steve.

As we were wading through the crowd, I could not see above everyone’s heads because I am not a very tall person. Father Steve, knowing that I was looking for a specific banner, asked if I would like to sit on his shoulders. I was surprised and grateful that he would offer to do something like that for me. He did lift me up on his shoulders and asked me if I could see the end of the crowd. The answer was a massive “NO!” But eventually, I was able to find Senator Santorum by locating his Patriot Voices banner.

Meeting Senator Santorum was amazing. It seemed that he was more excited to see me than I was to see him, and I was very excited to see him! I really like Senator Santorum because he believes in so many of the same things that I believe in. It is exciting to me that someone so easy to agree with could be our next president. He is also a very kind person and his children are kind as well. They treated me as if I were already a good friend even though we had just met. But to be fair, Senator Santorum and his family treated everyone they met that day as if every one of them were special. I wish that we could all treat each other this way.

The March as a whole was amazing because, even though many were running on five hours of sleep, and despite the brutal cold, everyone was upbeat and positive. Here, I would like to include some chants that I heard and participated in that day.

“Hey, Obama! Your mama was pro-life!”

My legs were very sore from the previous day’s walking, but somehow I managed to forget the pain and move onward. It must have been by the grace of God that I was able to ignore the pain. Perhaps a little of it was the numbing cold. In this, maybe the cold was a blessing from God.

People often think of violence when they hear the word “protest,” but the most violent thing that I saw happen that day was a snowball fight that was all in good fun. The images and sounds were all those of peace, such as a marching band playing Immaculate Mary, and the carrying of the statue of Our Lady of Fatima. On the March I saw what the pro-life movement is all about, and I know that nothing can keep me from going again next year other than an end to abortion, for which I pray.

Editor’s note: This article first appeared at Aleteia and is reprinted with permission.