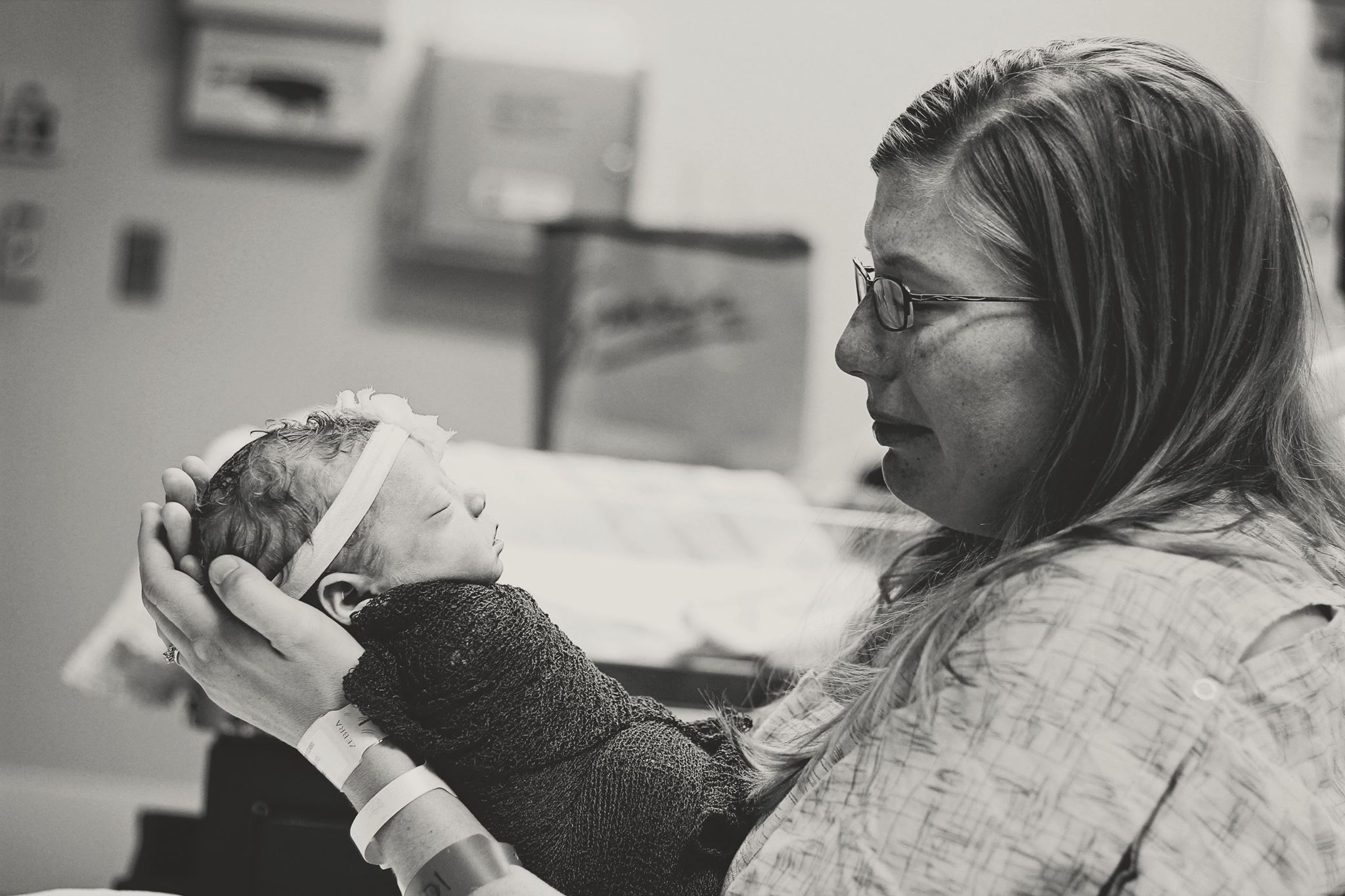 Natalie Morgan, a mother whose baby girl Eleanor was stillborn 5 months ago, has spoken out against NARAL’s response to the Super Bowl 50 Doritos commercial.

The headline-making commercial features an expectant couple visiting the doctor for an ultrasound of their preborn child. The child, son of the commercial’s creator, can be seen inside the womb actively responding to his father’s love of Doritos by trying to reach through the womb to grab the chips.

NARAL responded with disgust to the cute ad.

The world was stunned by NARAL’s reaction to the ad, but for Morgan it was personal. In mourning for her daughter, she had a different reaction to the advertisement. In a touching and emotional Facebook post that went viral, she said:

NARAL tweeting that “humanizing” a FULL-TERM fetus is offensive just shows how extreme their position is – that baby isn’t human until it’s born.

So what was my daughter, then, NARAL? I know what you’ll probably say: “Oh, well, you WANTED her so of course she was a baby!” I’m fairly confident the parents in the commercial wanted the baby, yet you’re upset it was “humanized.” But regardless, the mere act of wanting or not wanting something does not negate biology. An unwanted child is no different biologically or physiologically than a wanted child. Unique human DNA is present from the moment of conception. Not cat DNA, not dog DNA, not carrot DNA – human. You talk about boycotting Doritos (who I sincerely doubt was trying to take any stand in the abortion debate and was instead just trying to make a dang commercial), but your real boycott should be against science, with all its damn chromosomes and whatnot.

Morgan goes on to explain some additional basic science to the pro-abortion group and writes about mothers of stillborn and miscarried children. She asks NARAL how her daughter could have died in the womb if, in their mind, she was never alive to begin with.

It’s no secret that NARAL and other pro-abortion groups don’t like ultrasounds. They don’t want women to see images and video of their preborn baby before an abortion because they know that nearly 80% of women change their minds about abortion after seeing the ultrasound of their baby.

NARAL’s former president Kate Michelman told Newsweek that ultrasound images are beneficial to the right to life for preborn children. She admitted, “The technology has clearly helped to define how people think about a fetus as a full, breathing human being. The other side has been able to use the technology to its own end.”

Ultrasounds are basically the kryptonite of abortion proponents. That is why NARAL overreacted to the Doritos commercial. They know the end of abortion as a profitable business is in sight thanks to our window into the womb. NARAL can no longer hide from women that their preborn babies are human beings. As Morgan wrote:

[…]NARAL, Doritos didn’t “humanize the fetus.” Human DNA did that, and you’re just hell bent on dehumanizing it.

And Eleanor, my beautiful daughter, was a person whether she breathed a single breath or none at all. She should be five months old today, and while she is not here with us, I will still stand up in her memory to remind the world that she existed, she mattered, and she lived.

In the past five months, I have occasionally considered the fact that there are people in the world who probably believe…