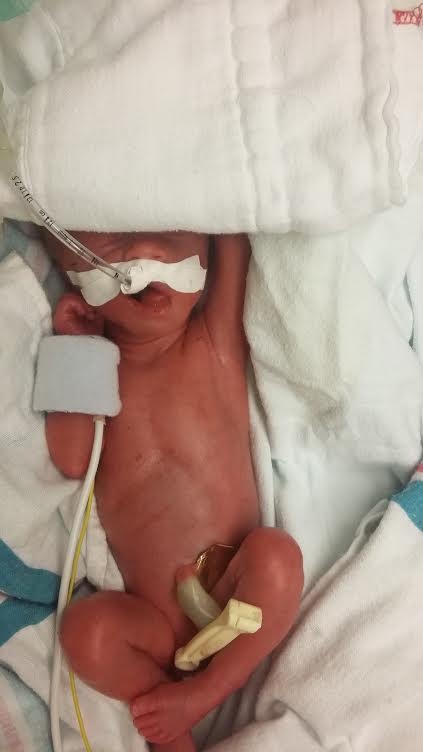 When we found out we were pregnant, we were surprised. Everything happened so fast. Such a whirlwind. Getting pregnant, marrying and moving across country happened virtually all at the same time, and we were pretty much broke. For most people, getting pregnant while tight on money is an “inconvenience,” but not for us. Not once did abortion enter our minds. We were ecstatic.

Hearing that is scary, but not once did we consider abortion, because we knew our baby was more than a fetus. She was developed — she had all her body parts.

Two weeks later, my blood platelets had dropped significantly — much too low — and to save my life, the doctors decided to deliver by C-section. I was given four blood transfusions to help me stay alive over the next two days. Two of those were during surgery. 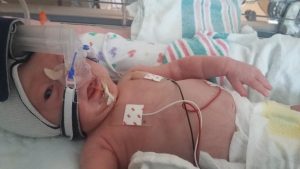 Sophia Rose at one month

She was perfect in every way. She looked like a normal baby, only tiny. It’s sad for me to think that people are okay with terminating babies’ lives, even at this gestational age. My Sophia is getting stronger everyday. She’s now up to 3 pounds, 12 ounces.

Does she look like a clump of cells? No. And I can tell you that babies that young can still feel pain. They can cry, and kick, and see, and even suck a pacifier. They are very much alert.

I’m writing this to help bring awareness to the severity of abortion and to show America that these are human lives and it’s up to us to protect them.

Let’s stop abortion once and for all.