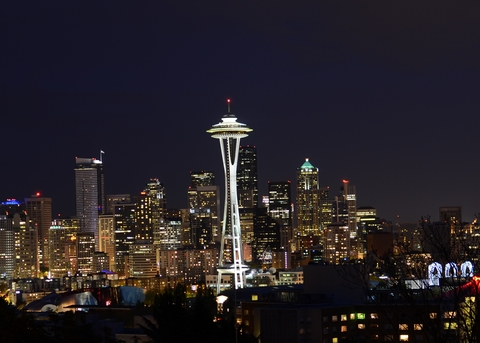 When I think of Seattle, a plethora of things spring to mind. Rain and coffee, of course, are right up there at the top. Then there’s the Space Needle, although admittedly I have no idea what it is or what purpose it serves. Oh, and serial killers. No offense intended to Northwesterners, but seriously, the vast majority of them seem to have been born and bred there. Also, it occurred to me that a liberal city such as Seattle must surely be a great Mecca of tolerance and peaceful coexistence. That was, until May 3rd, when I accompanied my dear friend Abby Johnson to an event at the University of Washington, where she’d been invited to speak by a pro-life student group.

The protesters were not unexpected. Nor were they unwelcome. As Abby relayed to the newscaster in an interview prior to her speech, she actually relished their presence. Their rhythmic chants and slogans hastily scrawled on shoddy signs were not unfamiliar to her. It wasn’t as if she couldn’t relate.

Abby has never been lukewarm on the issue of abortion and the rights of women. For practically her entire adult life she has zealously fought on both sides of the issue. In fact, she’s carried signs and bellowed mantras of her own for the pro-choice crowd. The protestors were doing their level best to ensure that all within earshot were aware that they were rather put out that Mrs. Johnson was sullying their liberal wonderland with her pro-life message. And although some of the more timid pro-lifers found their presence somewhat unsettling, they were well within their rights and were treated with dignity and respect.

As Abby took the stage to deliver the speech that she was invited to give, it became increasingly apparent that the extension of dignity and respect was not a two-way street. Hecklers didn’t waste any time, hurling insults and dropping f-bombs right out of the gate. The rear of the packed auditorium was decked out with slogans instructing pro-life people to stay out of women’s vaginas, insinuating that they didn’t care about the lives of women, and a whole host of other things that honestly aren’t worth repeating.

Although I was boiling inside, all I could do was sit and watch it all play out. I already knew that Abby is a tough-as-nails Texas girl. Still, fresh awe fell over me as I witnessed Abby’s reaction to it all. Completely unruffled, she bantered back. When a protestor asked to leave by campus security threw her poster boasting a sloppily scrawled f-you, Abby smiled.

“Awww, she left me a love note,” she cooed. “Sorry honey, I don’t swing that way,” she joked as the angry woman huffed from the room with the help of campus security.

Nervous laughter rippled through the crowd, and a bit of the tension was broken. Although numerous other protestors were forced to leave, and did so with all the intelligence and class of Snookie after a few dozen shots, Abby soldiered on. She used her wit, extensive knowledge of the inner workings of Planned Parenthood, and genuine care and concern for all in the audience, including the pro-choice crowd, to make the best of a less than ideal situation. However, in the end, her talk was cut short, because really, what was the point?

The entire experience proved only to embolden Abby and the pro-lifers in attendance. She was genuinely disappointed that the question-and-answer session which she’d reminded the caterwauling protestors was coming up numerous times couldn’t happen. Abby doesn’t shrink in fear from reasonable questions. She welcomes them. And whether her opponents could fathom it or not, she had rational answers. Had they shown even a remote interest in actually listening, Abby may have even given them some food for thought, or at least a few morsels to chew on.

Although the evening obviously didn’t go as the Neuman Center students and staff had hoped, all was not lost. Pro-lifers were challenged to be bold and made vividly aware of the mentality that they are up against. Skimming through some pro-choice blogs the next day, I noticed that even some on the other side were rightfully disgusted by the behavior of their comrades in the pro-choice movement. Good for them for having the candor to say so.

One statement that Abby made did settle on the crowd like a heavy Seattle cloud and even caused a brief cessation in the commotion.

“In order to be tolerant, you have to disagree with the person that you are tolerating.”

I could almost see the question marks inside the thought-bubbles above their heads in my imagination. Most certainly each and every one of the screaming, insult-hurling crowd would consider themselves intensely tolerant. In the true definition of the word, not so much.

Admittedly, it is unlikely that many of those in attendance to protest Abby’s presence will experience a dramatic conversion and join the pro-life camp. My prayer for them is that if they came away with nothing else, they would at least consider and hopefully embrace the true spirit of that hijacked term, tolerance.

Frank Knox, an American newsman and onetime presidential hopeful, was quoted as saying, “I suspect that even today, with all the progress we have made in liberal thought, the quality of true tolerance is as rare as the quality of mercy.”

To those of you on the other side of the fence who were so militantly hateful to my (7 months pregnant, might I add) friend, I pray that you are one day able to embrace true tolerance. It really is a crying shame that Abby wasn’t able to stay for the question-and-answer session, because she would have shown it to you in spades.