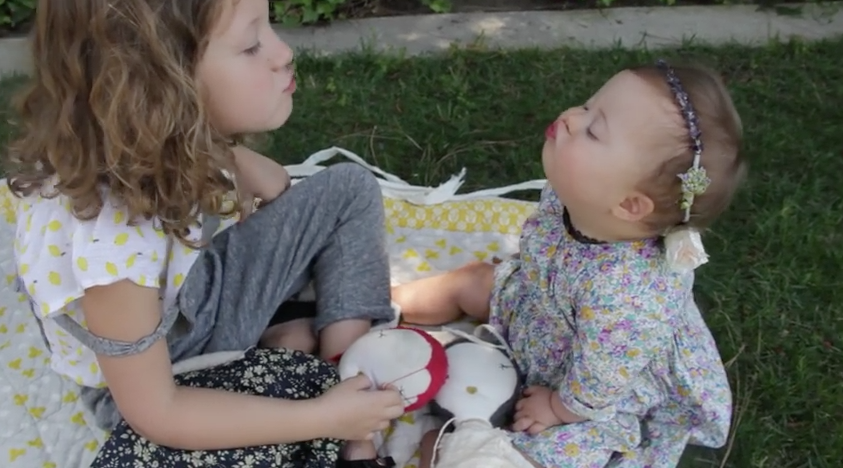 Musician Michael Gungor of the band Gungor shared the most beautiful words about he and wife Lisa’s daugher Lucette (nicknamed Lucy), who has Down Syndrome. In a blog post before she was born he wrote:

Life is more than salary levels or grade point averages.  Life is more than rankings on a chart.  Life is about things like love, wonder and joy.  And let me tell you, this girl is going to be loved. And while I don’t know that much about Down Syndrome (DS) yet, the people with DS that I have seen certainly seem to know how to experience some very real joy and wonder.

Some of the powerful lyrics are :

And the blind gained sight

As we met our light

Oh the joy and fight

The gift of life

Lucette was born in 2014. That  was the same year a woman tweeted atheist writer Richard Dawkins saying she would be faced with an ethical dilemma if becoming pregnant with a child with Down syndrome. Dawkins replied to her tweet, suggesting if she did become pregnant she should just “abort it and try again.” He stated it would be immoral to bring a child into the world with Down syndrome if you had the choice not to.

Families of children with Down syndrome were outraged. They responded to his statements by tweeting pictures of their beautiful and happy kids. Dawkins tweeted that the majority of preborn children with Down syndrome in the U.S and Europe are aborted so therefore what he said wasn’t outlandish but the norm. Later he issued an apology for the blunt way he expressed his belief, though his belief on the matter hasn’t changed.

Thankfully Michael and Lisa Gungor had a very different opinion about their little girl, who, along with Down syndrome, has two heart conditions. The Gungors believe people with special needs make the world a more beautiful place. Their daughter has taught them how every life matters.

It seems that their love for Lucette was an eye-opening, life-changing experience for them. In his blog post, Michael shares the initial fears they had when they found out that Lucette had Down syndrome. He said it felt like the world was spinning. He called his sister and she affirmed that their baby was precious, loved and fearfully made. This reality is what is expressed through the lyrics of the song.

Your hands, the creases

He writes that when they learned their little girl had Down syndrome, Michael placed his hand on Lisa’s belly and read Psalm 139 over their child. He said the phrase, “You created her inmost being” unearthed a reservoir of tears for the both of them.

I hope many parents contemplating aborting a child with special needs will listen to this song and watch the video, which contains personal footage of Lucette’s birth as well as her first birthday party. It’s an intimate look into the life of a girl that is very loved.

Keep shining, Lucy, and may your parents keep writing songs that touch hearts and change minds.