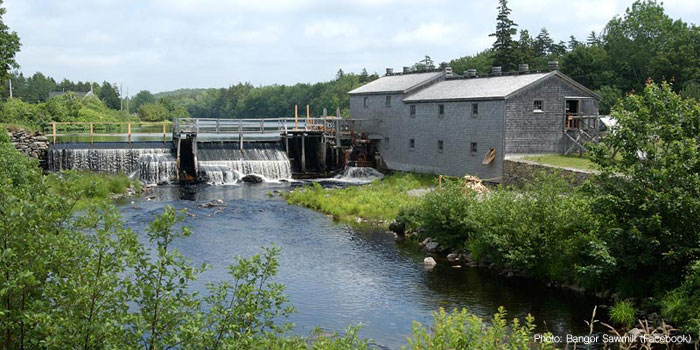 Abortion has caused the closure of a beloved Novia Scotia museum. In the 1800s, a sawmill was opened on the Meteghan River, and after burning down several times over the years, it was abandoned in the 1980s. But the community rallied together to restore the sawmill, maintaining the historic technology and making it one of Canada’s only active water-powered sawmills. But it doesn’t just function as an active sawmill; people can also visit as a museum, which receives government funding to pay high school students to lead tours over the summer. But a new requirement from the Canadian government mandating support rather than neutrality regarding abortion means the museum will have to close.

In order for the museum to continue receiving the $3,000 in funding they need to keep the museum open, operators would need to check a box affirming their support for individual rights, including support for abortion. Gerald Comeau is a member of the board for the museum and a long-time volunteer. According to Comeau, the museum takes no position whatsoever on the issue of abortion. “We’re a museum. We’re not involved in the business of ideological questions of abortion and so on,” Comeau said. “So we came to the decision that we could not support that clause.”

Colin Fraser, the local Liberal MP, confirmed that the issue was because the museum had not agreed to sign the form giving their support for abortion. “I agree with Mr. Comeau that the Bangor Sawmill has nothing to do with those types of activities,” Fraser said. “They were therefore eligible to apply and there’s no reason to believe they would not have been successful. However, they decided not to complete the application by refusing to complete the attestation and were therefore not approved.”

So essentially, had they chosen to express support for abortion instead of their neutral position, the application would have been approved. And the museum, as Comeau described it, was “collateral damage” for the government. “I understand where the government was coming from, but there were other ways of doing it,” he said. “If you’re a surgeon and you want to fix a patient, you don’t go in with a chainsaw, you go in with a scalpel… In my view, (Ottawa) has gone in with a chainsaw.”

But this is the reality of the abortion movement today. It isn’t enough for abortion to merely be legal; now even Canadian businesses must express their support and affirm abortion as a positive force for social good, a human right to be protected at all costs. And those who refuse to comply will be punished — as the case of the Bangor Sawmill Museum so sadly demonstrates.