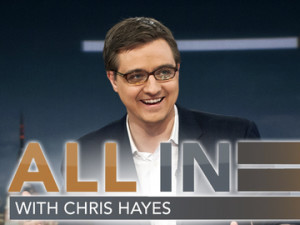 From the bizarre logic file comes this story reporting on MSNBC’s Chris Hayes asserting on  his show, All In with Chris Hayes, that that Texas Senator Wendy Davis, made famous (or infamous, as the case may be) by her pro-abortion filibuster actually will help save lives if she achieves her goal of becoming Texas’ next governor.

“You remember Wendy Davis… sporting a pair of neon pink sneakers throughout. And  the Davis filibuster wasn’t some Ted Cruz-style spectacle. This was a real-deal filibuster, an attempt to block a Republican bill restricting women’s access to medical care.”

Hayes went on to refer to Davis as a “rock star,” which apparently is the pinnacle of fame to this journalist, who describes her as “the woman who waged an epic 11-hour filibuster to  temporarily block a Republican proposal restricting abortion in the state” as if it were a good thing to not restrict abortion.

He then uttered the words that carry so much irony they would make for bad literature, but, as usual, truth is stranger than fiction. Hayes said:

“But a Wendy Davis candidacy is more than just good politics for Democrats. It’s literally a matter of life or death for many Texans.”

Hayes’ references were actually part of his criticism of Texas Gov. Rick Perry and the state of Texas refusing to participate in Medicaid expansion as part of Obamacare, one provision that the Supreme Court did not uphold in its ruling that the majority of Obamacare was unconstitutional.

The mistake Hayes makes is one that many make: it’s an either/of fallacy of logic that asserts that if one thing doesn’t happen the other will. In this case, if the Medicaid expansion provision of Obamacare isn’t implemented people will die. Inserting his bias into the facts, and endorsing Davis with speech more fitting for a fan than a journalist, Hayes shows that he truly doesn’t understand the reality of Texas’ laws, which were implemented to save lives.

Only in a  society that advocates abortion-on-demand do people actually value the rights of one person over another so much that it’s okay–even advocated–to kill the one not wanted so the other one can have free health care coverage. That’s a cost much larger than dollars.

The implication that not expanding Medicaid as Obamacare had directed, even though it was ultimately thrown out as a mandate by the highest court in the land, would somehow “literally” kill people is poor journalism at best. When babies can literally be killed in the womb, the real issue isn’t the Obamacare mandates or the way Texas chooses to provide care to its citizens. The real issue is the question of where literal death actually occurs, and it’s not because of Gov.  Perry, as Hayes would have people believe.

However, Hayes was actually correct on one important front: Davis’ bid for governor is a matter of life and death for many Texans—especially all the babies that would die with Davis at the helm of the state.