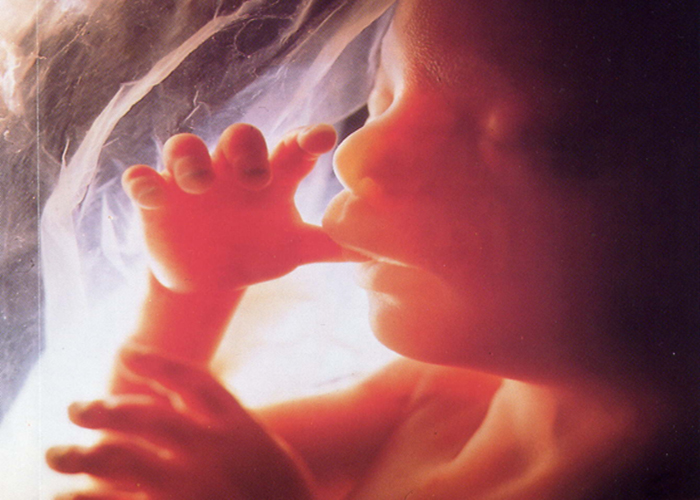 A story on Yahoo! Parenting tells of a woman who chose to have an abortion at 36 weeks, believing it was the right choice for her situation. Writer Rachel Bertsche shares the story of Kate, a 29-year-old mother outside Boston, who had a late-term abortion after she learned her daughter had a brain abnormality. Kate chose abortion even after she was offered adoption as an option.

The story is heartbreaking— almost like a woman who had a miscarriage and is grieving. But despite the circumstance of a baby who suffered from a brain malformation, the truth of the matter is that Kate and her husband opted to kill their daughter.

Baby Rose was, indeed, sick. She had a “severe presentation” of Dandy-Walker syndrome, which is “a congenital brain malformation involving the cerebellum (an area at the back of the brain that controls movement) and the fluid filled spaces around it.”

The Dandy-Walker Alliance website has many stories of families who chose to keep their child, despite recommendations to abort late into pregnancy; however, Kate says her decision was the best option for her. Kate says her husband first suggested abortion:

“On the way home, even though I knew what I wanted to do, I couldn’t say the word. What kind of mother is eight months pregnant and wants an abortion? I turned to my husband and said, ‘Tell me what you think we should do.’ He said, ‘Kate, you do not have to do this, but I think we should ask about the abortion.’

“It was a gift. It felt like light and fresh air. I had been feeling so dark and so trapped, and when I realized we were together on this, I felt free. I knew what to do. It didn’t matter anymore that people were going to call me a murderer, or that I’d never heard of anyone doing this. It didn’t matter that we didn’t even know if it was legal. If I had my husband, I could do this.”

“If we can’t get the abortion, I’m going to run away somewhere rural and I’m going to have this baby by myself and let her die without intervention.”

But for $25,000, the Boulder Abortion Clinic in Colorado was willing to do an abortion for Kate, who was on a plane with her husband a few days later. Her parents took the $25,000 from their retirement fund to pay to abort their grandchild. The procedure took four days:

“The second and third days were short appointments, so we took a nice drive through the Rockies to pass the time. Then on the fourth day, they induced my labor. I got Pitocin, and it was actually a very natural birth. It was quite healing for me.

“I couldn’t do anything for this baby — I couldn’t fix her brain or make her well, but I could deliver her from my body. I chose to view her, so they cleaned her up and brought her in and she looked a lot like my older daughter. She was beautiful and she was whole. I got her footprints and had her cremated and they sent us her ashes in the mail a few days later. We wanted to name her after a flower, so we called her Rose.

“Ten days after we had that 35-week ultrasound, she was gone.”

The mother’s narrative almost sounds like a tragic miscarriage, rather than a miscarriage of justice for an innocent child.

While it’s clearly understandable that Kate and her husband felt intense grief, confusion and devastation, her open attitude that her baby would die one way or another— even if it meant leaving the child alone to die — is devastating.

In this case, medical personnel even offered to arrange an adoption, but that was not an option for Kate. Without question, this was a tragic pregnancy; however, the tragedy lies in the parents’ decision that baby Rose should not have a chance to live.

As Kate told her eldest daughter who asked about the baby in her belly on a regular basis: “No, honey. Baby died. Baby’s all gone.”

It is heartbreaking that late-term abortions are a legal procedure in our nation.