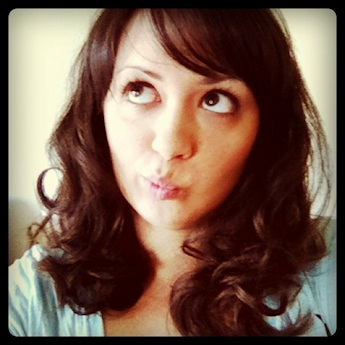 The story may have a sad conclusion, but Diana Stone’s struggle should serve as an inspiration for those of us who love life.

In the early morning of May 3, Diana Stone gave birth to twin boys Preston and Julian at just 19 weeks’ gestation. According to her blog post from later that day, Julian was born sleeping, while Preston lived for two hours while his parents held him and talked to him.

A week earlier, Diana’s water had broken, and after initially agreeing to being induced, she and her husband Sam changed their minds and expressed to doctors that Diana wished to remain pregnant for as long as possible in order to give her boys a chance. While the doctors disagreed and began to bully Diana into inducing labor, Diana stuck with her motherly instincts. Numerous phone calls to the hospital in support of Diana turned things around, and the doctors allowed her to remain in the hospital on bed rest with the hopes that she and the boys could hang on for at least six more weeks. Tragically, that did not happen, and Diana went into labor within a week of her water breaking.

While she and her family mourn the loss of their beautiful boys, Diana holds in her heart that their brief lives had meaning. Her sister Alyson posted similar thoughts on the Facebook page created for Diana:

My nephews changed more lives in such a short time than some people do in their whole lives.

The world, especially the blogging community, prayed and waited for a joyful outcome while Diana lay in her hospital bed. Preston and Julian touched the hearts of countless people before they were even born, and they have the potential to continue to change lives and hearts for years to come, as does their mother.

They were human. They were perfect. They had tiny fingernails and toes, Preston made faces and grabbed my finger. He hung in there as long as he could.

We are so proud. So proud to have been their parents, to have the honor of having them in our lives on earth for 19 weeks and 4 days. They will never be forgotten. They are loved and were told that.

Diana Stone clung to hope when others told her to let go. She fought for her boys no matter what the risk to her own health and life. She loved them. She put them first. She wasn’t afraid of the possibility of special needs. She just loved her boys, and she will spend a lifetime missing them. With that love and devotion, she showed the world the humanity of the unborn child. Her boys received the dignity of names and of having a funeral, unlike so many babies of the same age.

They changed our lives forever and we are so very proud to have had these weeks with them. It was worth it. Every moment. Had I known when we started this journey in November what it would have brought, I’d have done it all over again. Nothing can change that they were mine for a time.

And we did it just the way we wanted. They went home to heaven when God was ready for them, and with this knowledge we have great comfort.