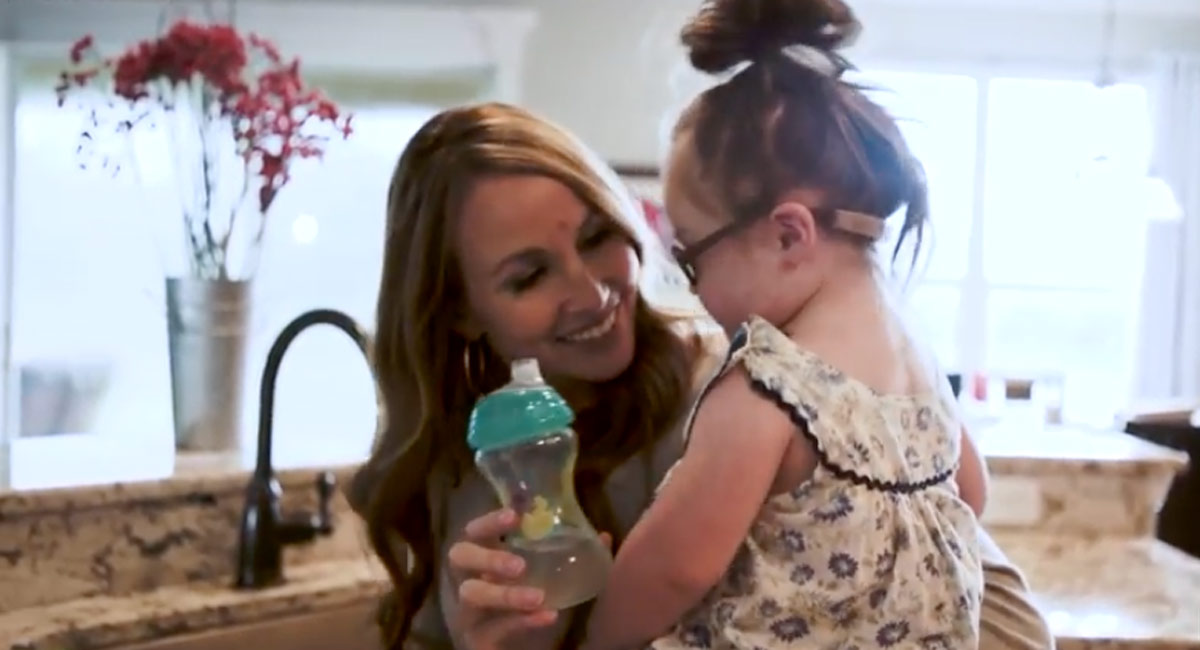 The mother of a child with Down Syndrome expresses her sadness about parents who abort children like her daughter:

Most women who choose to be tested [amniocentesis for down syndrome] will also choose to abort the baby if the test is positive. Some studies say the figure is 90%… To muddy matters even more, the women who test are more often than not the mothers to be of ‘wanted’ babies. That is, I want you if you are the baby I want. The idea that a mother might ever choose to have or not have her child based on knowing something about her child – his I.Q., what he will look like, his emotional demeanor- defies all logic of the heart.

She then talks about the ways in which children with down syndrome are fighting against their disabilities to live full and happy lives:

In one of the most poignant, fierce, and determined battles to live deeply and well, Down Syndrome people are breaking through the walls of their own retardation and grasping their world… Unlike those who would abort them, these Down Syndrome people have accepted the dare of life, which is to live it. In California, an eleven-year-old girl writes her first line on a computer. She painstakingly taps out “I like God’s finest whispers.” In Brooklyn, a Down fifth grader dashes off the bus to his mother with a report card from his yeshiva; he has earned average grades in all his classes and speaks and writes in three different languages. And then there’s our Chrissie, who last week crawled seven paces for the saltine cracker her dad held outstretched to her. She had been battling for that saltine for two months.

READ: Mother calls daughter with Down syndrome ‘closest thing to an angel’

The author then talks about her daughter:

Chrissie is a blessing in a way a normal child is not. It is in describing her that the word “special” rises from banality and comes grippingly alive. That she may now be a member of the last generation of her kind, a group silently and methodically targeted for extinction, alarms my heart. Especially now, knowing as I do that when she is older, Chrissie will be able to read- and understand- what I have written.