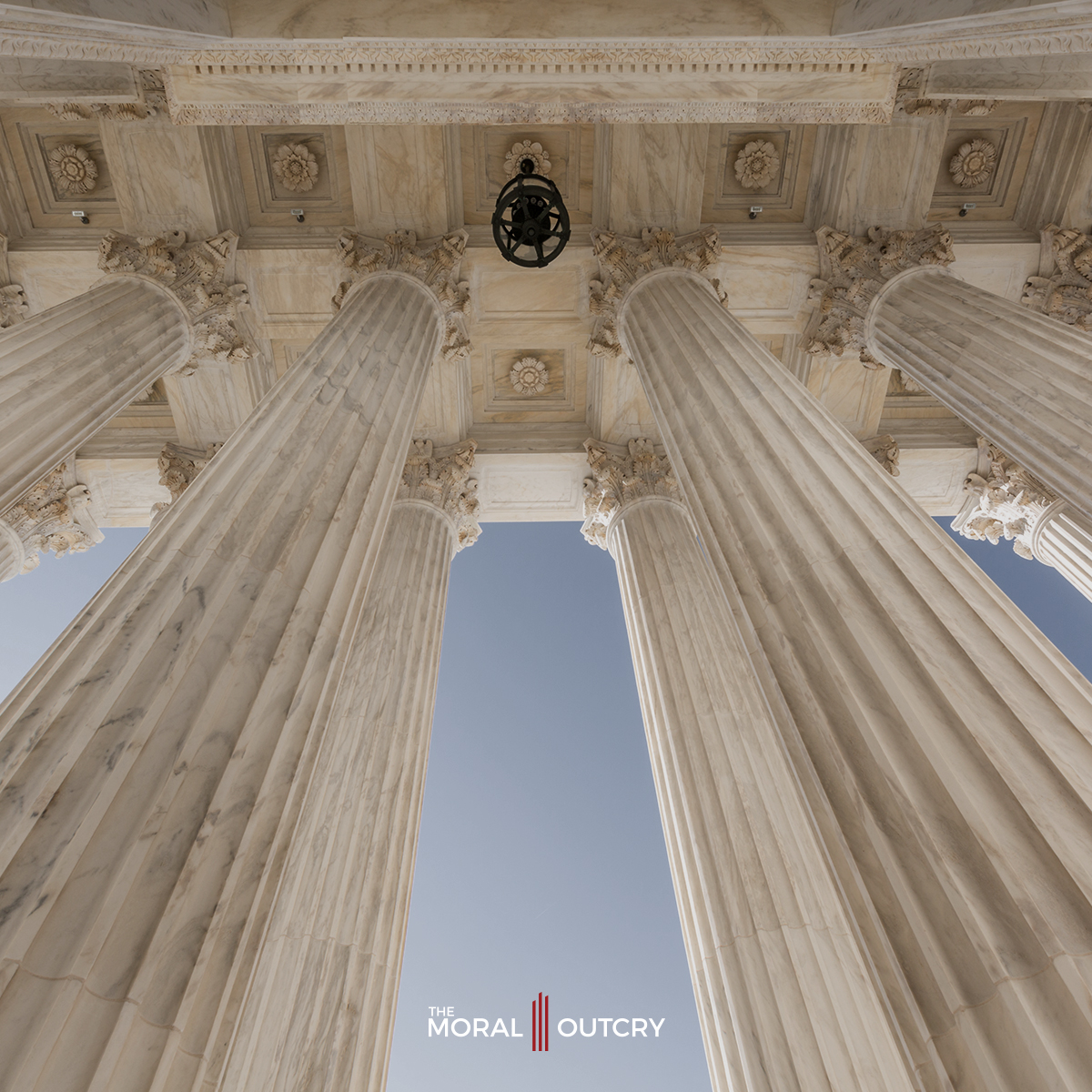 It started with a woman in Kansas City who wouldn’t be quieted in her desire to petition the Supreme Court to overturn Roe v. Wade. Today, June 19, a nationwide initiative is launching that may be key to overturning legalized murder in the nation. Myriad spiritual and pro-life leaders have begun The Moral Outcry, a move to petition the high court to recognize the “crime against humanity” that abortion allows.

Partnering with Allan Parker and the organization he leads, The Justice Foundation, Moral Outcry is the answer to the late Supreme Court Justice Antonin Scalia, who asked “where’s the moral outcry” against abortion. As Parker notes in his explanation of the petition:

The purpose of the petition to the Supreme Court is to provide an outlet for the people of the United States to show their Supreme Court they do not accept the decisions in Roe v. Wade, Doe v. Bolton and Planned Parenthood v. Casey. This petition will demonstrate that over a million Americans know that abortion is a crime against humanity and can never be accepted by a just society.

While a petition alone will not change the law, as Parker says, “[I]t can encourage the Supreme Court to exercise its discretion under the Writ of Certiorari to accept a case in which it could evaluate the facts and law in a fair and impartial manner and reach a conclusion that achieves justice by reversing its crimes against humanity.” Parker and pro-life leaders note there is precedent for the reversal of landmark Supreme Court cases that were once the law of the land. Notably, Plessy vs. Ferguson (1896) upheld state laws on racial segregation, the “separate but equal” laws, (7-1). Over half a century later, in Brown v. Board of Education (1954), the Supreme Court ruled 9-0 that “separate educational facilities are inherently unequal.” 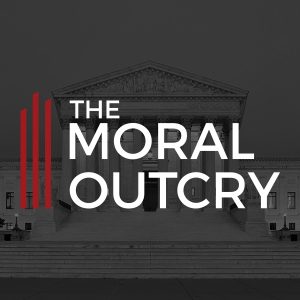 While judicial precedent is not something to be taken lightly, Parker pointed out to Live Action News that two sitting Supreme Court justices have openly admitted there is sometimes a legitimate basis for rejecting precedent. The Law of Judicial Precedent includes newly confirmed Supreme Court Justice Neil Gorsuch as one of its 13 authors, though he wrote his portion before being seated on the court. Justice Stephen Breyer wrote the foreword for the book, calling a “treatise on the doctrine of precedent.” The book notes that reasons for overruling cases include when “The decision has been met with general dissatisfaction, protest, or severe criticism.” 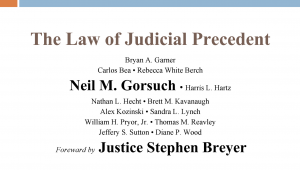 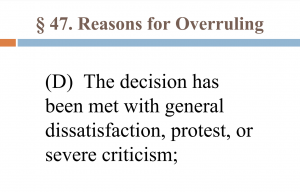 The Moral Outcry petition seeks to show the U.S. Supreme Court that the American people are deeply dissatisfied with the decision that allows women to take the lives of their own children through abortion. Despite the vocal minority that tries to normalize the inhumane procedure as merely “healthcare,” the reality is that the majority of Americans are repulsed by the taking of innocent life when they truly confront it. The Moral Outcry will show the Supreme Court that the repulsion against unjust U.S. laws and case precedent allowing abortion is widespread.

Medical technology has allowed people to view their babies in utero for decades now, providing a literal “window to the womb.” In 1973, ultrasounds were not common, though they existed, and it “was well into the 1970s before it became widely used in American hospitals.” Today, women have 4D ultrasounds, allowing them to see their babies so clearly that they can witness features and facial expressions in the womb. Still, however, it’s possible in some states to take any baby’s life into the ninth month. The Supreme Court did not have the depth of scientific information or technology available that we have today on fetal development when it made its unjust ruling in 1973. Today, with a moral outcry from the nation, coupled with the reality of science, a simple case addressing the legality of Roe v. Wade would make overturning it a plausible, if not certain, reality.

As The Moral Outcry notes, a reversal of Roe almost happened in 1992, but at the last second, justices chose to keep the law, writing a compromise instead:

In the 1992 landmark case Planned Parenthood v. Casey, the US Supreme Court had an opportunity to reverse Roe v. Wade, and its companion Doe v Bolton. In conference the justices voted 5-4 to overturn Roe and Doe, but at the 11th hour before the opinion was released a centrist coalition of moderate judges – including Justice Kennedy who switched his vote – was formed to write a compromise [emphasis added] that would weaken the Roe and Doe decisions, but still leave abortion as the law of the land.

In short, Parker tells Live Action News, there is a legitimate and legal reason to overturn Roe v. Wade, and this petition will show the Supreme Court it’s time to stop these crimes against humanity. Organizers plan to roll out the petition on the National Mall in Washington, DC at a gathering of Awaken the Dawn and TheCall October 6-9. They see the presentation of the petition as a “prophetic sign” to the nation.

The Supreme Court has the opportunity to hear thousands of cases each year, and many are related to abortion. And the goal of the petition, beyond the DC gathering and petition to the court, is that the Supreme Court will agree to hear one of the abortion cases presented to it. When it does choose to hear arguments on an abortion case and reexamine the facts related to Roe v. Wade in light of modern technology, there can be no doubt of their decision — for life, Parker believes.

Parker assures the petition is “not just a crazy idea,” but instead a probable catalyst to change which could lead to the end of crimes against humanity. Parker, who is also a Christian leader, notes it’s no accident that the idea for this petition came from a woman connected with the prayer movement. He adds, not only could this be the very thing that helps overturn Roe v. Wade, but, “This could also be the catalyst for national revival as we confront this crime against humanity.” 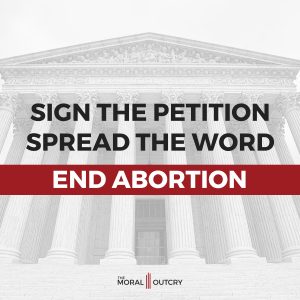 To find out more information about The Moral Outcry, visit The Moral Outcry website and sign the petition, showing the high court there is a moral outcry in the land and it’s time to make a change to this unjust law.

The entire text of the petition can be read here.