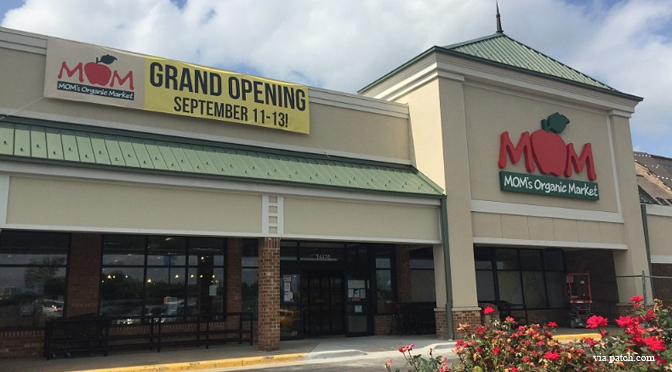 There’s something inherently ironic about a company named MOM’s which donates money to an abortion provider. But that’s just what MOM’s Organic Market has decided to do. On Wednesday it posted this status on Facebook: The company’s comment underneath the status tried to play it down as being respectful of pro-life views, but feeling like it needed to take a stand in light of what it called and “unfair and misinformed” attack of Planned Parenthood:

We usually don’t take public stands on political issues – our focus is to protect and restore the environment. We are not challenging the pro-life point of view, but in this unfortunate era of intense partisanship, we choose to defend against an unfair and misinformed attack of PP.

MOM’s is correct that there is something misleading in the featured image they post from C-SPAN, but it’s not because of an attack against Planned Parenthood but from C-SPAN’s reporting, which MOM’s would have known if it bothered to check its sources. The preview image has a tagline: “Rep. [Jason] Chaffetz: ‘I pulled those numbers directly out of your corporate reports.’ (Slide says ‘Source: Americans United for Life’)” However, the numbers that Americans United for life retrieved did come directly from the Planned Parenthood annual report. Those numbers are available to anyone, including Cecile Richards to deny that she even knew what they were. Chaffetz, who was obviously educated on Planned Parenthood based on his comments in the hearings, would have seen the report. It is not misleading to say he got the numbers from Planned Parenthood’s own annual report simply because he showed a slide that created a visual of that data. The sources were the same. MOM’s didn’t check either of them. MOM’s, however, did take up the offense, and went from organic food to abortion. It’s a move MOM’s openly admits is political. What organic food has to do with abortion rights is yet to be seen, but MOM’s is a company that says its purpose is to “protect and restore the environment.”

That’s one way of looking at it, since many believe there is a purpose in aborted fetuses such as using the incinerated remains of dead babies to heat hospitals or generate energy. Kill a baby; support the environment! Maybe that’s MOM’s reasoning.  LiveScience reports:

And because many states and cities now use waste as an eco-friendly source of energy, medical waste (including body parts and fetal remains) is combined with household garbage and other types of waste to create heat or electricity.

This is the only conceivable tie to a company whose mission is the environmentally based to get itself involved in abortion advocacy; however, that would be just as despicable a motive to pro-lifers, whose business they are rapidly losing.

MOM’s is located in Maryland, Virginia, Pennsylvania and Washington, D.C., but despite its limited locale, the comments were furiously rolling in, with many customers saying they were done shopping at MOM’s. Furthering the irony of a place called MOM’s supporting abortion is the fact that if they had not taken a political stance which had nothing to do with organic food, abortion supporters would still shop there. They weren’t backed into a corner; they chose to abort their customers in their support for abortion. MOM’s has the right, but it also will likely see a loss in revenue.