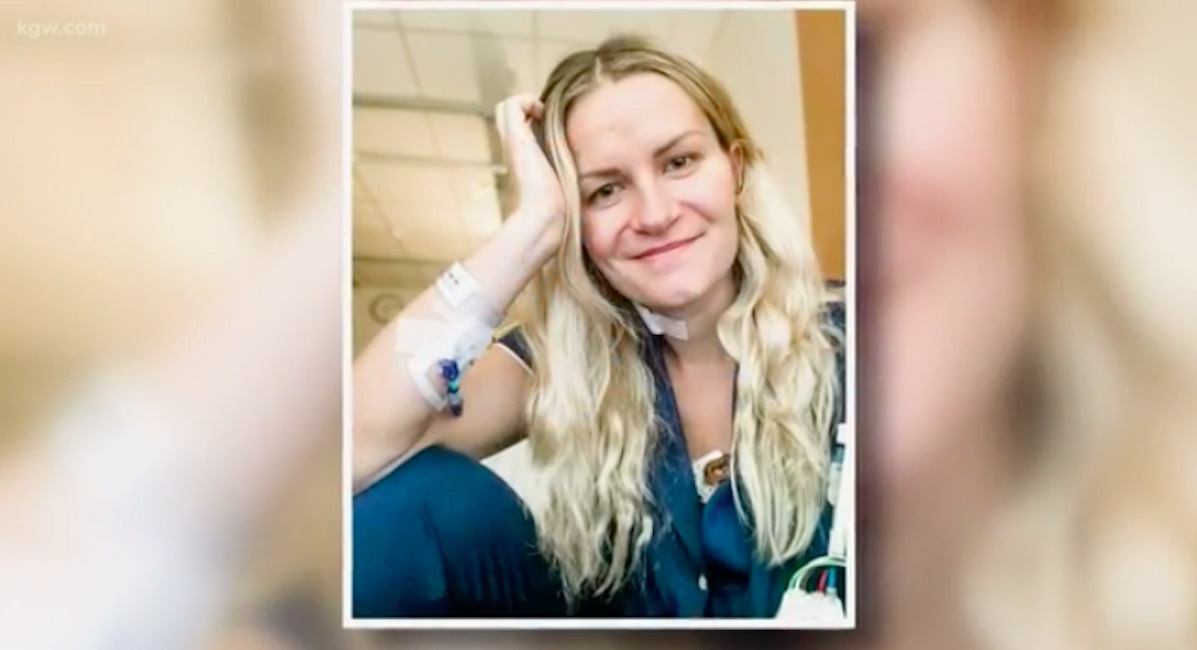 LAN UPDATE, 4/17/20: CNN reports that new mom Angela Primachenko has been allowed at last to hold her newborn daughter due to testing negative for COVID-19.

Our little sunshine is doing amazing!planning to come home this weekend! 💞

4/15/20: (NRL News Today) When Angela Primachenko told Sheinelle Jones on the TODAY show this morning,” I feel like I’m a miracle walking,” she was not exaggerating. Consider…. The 27-year-old respirator therapist from Vancouver, Washington, who was 33 weeks pregnant, had among other symptoms a fever, and was tested for COVID-19 on March 24, Scott Stump of NBC/Today reported.

was fighting for her life on a ventilator while in a medically induced coma.

At the same time, she gave birth to her daughter after doctors at Legacy Salmon Creek Medical Center induced labor to give Primachenko more of a fighting chance while also protecting her child. …

Primachenko was taken off the ventilator on April 6, and one look down at her body told her that her baby must have been born.

“Obviously nobody expected that I was going to get that sick, so no, absolutely not, I did not expect to deliver my child,” she said. “After all the medication and everything I just woke up and all of a sudden I didn’t have my belly any more. It was just extremely mind-blowing.”

Stump explained that Primachenko, who was released from the hospital Saturday, has not been able to hold daughter Ava who is in neonatal intensive care. Fortunately, neither her husband David nor their 11-month-old daughter, Emily, have tested positive for COVID-19, so they are able to hold the newest member of the family. Primachenko has had to content herself with FaceTime.

Another blessing: Ava has tested negative for COVID-19.

Her twin sister, Oksana Luiten, had been keeping family and friends updated through Primachenko’s frightening ordeal, asking for prayers on Instagram for a “miraculous healing.”

Primachenko also had a moment she’ll never forget when she was wheeled out of the intensive care unit in her bed.

“Everyone did a standing ovation and just clapped me out of the ICU, which is so amazing and such a huge thing to be able to leave the ICU and go to the floor — it’s just the grace of God,” she said.

Washington state has been hit hard by COVID-19. Primachenko said she “is hoping her story can send a positive message during a difficult time.”

Giving her daughter the name Ava also has a special meaning, particularly after everything that mother and daughter have endured.