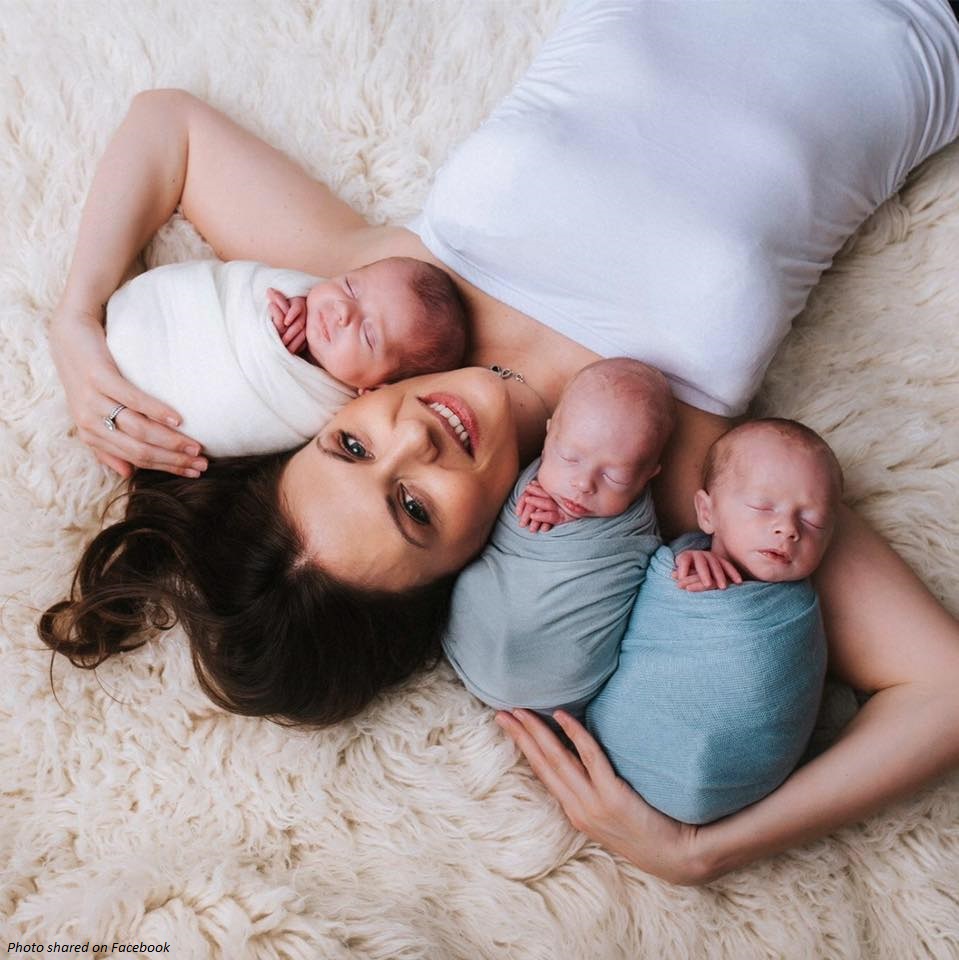 British parents Patrick and Katie Johnson were thrilled to be welcoming triplets. But the excited mom, who works in commercial real estate, got bad news at her 12-week ultrasound: the babies were not equally sharing the placenta, leading to potentially life-threatening growth issues. Doctors recommended that Johnson undergo an abortion, killing one or two of her preborn children to give the remaining ones a better chance at surviving. But Johnson bravely refused.

“There was a risk to all of them,” she recalled to the UK Daily Mail. “Oliver was 25 percent smaller than his brother and the blood flow wasn’t getting to him properly. If Oliver died, Oscar could have died too. But there was no way that we could terminate one or two babies. We had to give them all a chance of survival.” After her steadfast refusal to have an abortion, she was instead monitored carefully to make sure their growth was not too restricted. The Johnsons, meanwhile, had named their children: identical twin boys Oscar and Oliver, and baby girl Aurelia. By 28 weeks, they found that the problems were not getting any better.


READ: Mom of quintuplets refused abortion: ‘Everything I did, I did for them’

“It was nerve-racking as they were scanned each week, and it wasn’t getting any better with Oliver,” she said. “At 28 weeks we were told he had stopped growing completely. But doctors said that as long as the blood flow carried on getting to him, then they would leave him in the womb.”

Three weeks later, at 31 weeks pregnant, the bad news got worse: the blood flow had stopped completely. It was time to deliver the babies, over two months premature, and Johnson underwent an emergency c-section. “It was a relief when they were all born safely,” Johnson said. “Oliver was incredibly tiny.”

All three babies were taken to the NICU, but after just four weeks, they were able to go home, and the Johnsons were able to celebrate their first Christmas together as a family of five.

“They have done incredibly well; we are so proud of them. Oliver has put on some weight, so he’s catching up with his brother now. The doctors expect the difference to even out at some point,” Johnson said. “The staff at King’s College Hospital were fantastic. We couldn’t have got through it without them. We feel incredibly lucky that the triplets have all survived, and are here with us to celebrate their first Christmas. It’s an incredible gift.”