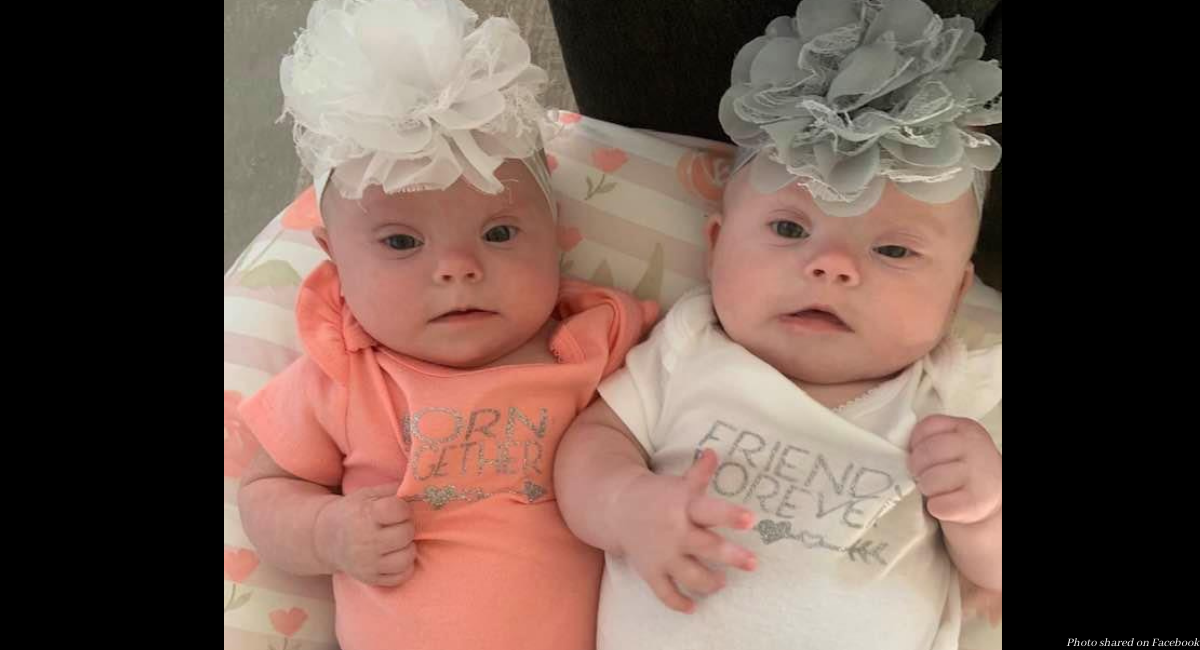 A mom who gave birth to identical twin girls with Down syndrome is taking the world by storm. Savannah Combs, mom to Kennadi Rue and Mckenli Ackerman, posts about her girls on TikTok, where she has nearly 25,000 followers — and one video gaining over 1.5 million views.

Combs, who lives in Jacksonville, Florida, spoke to News4Jax about life with her twins, who were born six weeks premature and had to spend four weeks in the NICU. “It’s very rare what they have, but they’ve been my little gems,” she said. “They’re called mono-di twins, meaning that they had their own sacs, but they shared the same placenta, meaning that they were going to be identical. Mo di twins as it is, it’s like very rare. And then you throw Down syndrome on top of it, it’s like one in 2 million.”

She also wants people to know that her twins are no different from anyone else.

On her most popular TikTok video, Combs said she didn’t know they had Down syndrome during her pregnancy, and refused invasive testing.

“I actually did do bloodwork; I did bloodwork twice, and it came back inclusive (sic) both times, meaning that they weren’t able to tell if the babies had anything wrong with them,” she said. “They thought maybe it came back that way because they were mono-di twins, meaning they shared one placenta… they told me the only way I could find out is from amniocentesis, and I opted out because it could cause a miscarriage, and I didn’t want to lose any of my babies. And I was going to love you just the way you were.”

She further expanded on this in a Facebook post, where she admitted to receiving some discrimination already.

“But as we have so many who love them, we have the little ones who are just so rude,” she wrote. “I had one tell me, ‘I wouldn’t want those babies, if mine came out like that they would be straight up for adoption.’ I said, good thing they weren’t born to you and were born to me. God knew what he was doing by giving these babies to the right parents who would love them regardless. I remember coming home from the hospital and crying to my mom, everyone loves them now, just wait till they get older. Little did I know how selfish I sounded, and how much I will always love my babies, and how blessed I am to see them grow everyday! We can always have another baby who is considered ‘normal,’ but my two girls are normal in my eyes and living a pretty dang good life if you ask me.”