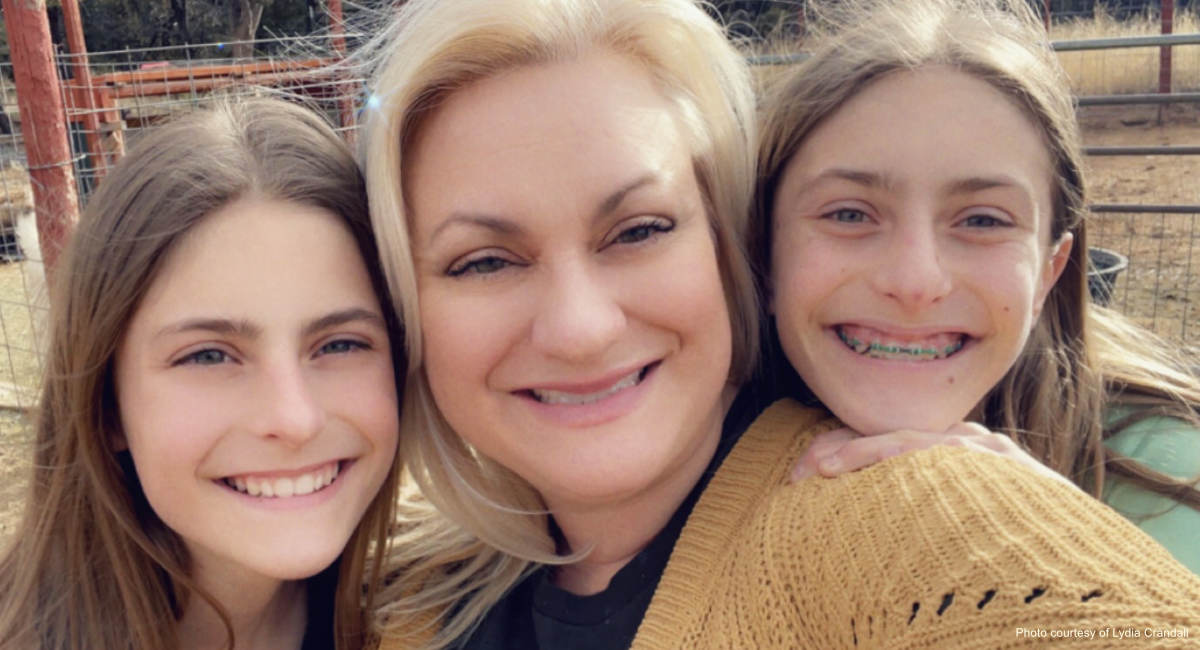 Lydia Crandall, a 29-year-old mother of two, was delighted when she discovered she was pregnant despite her struggling marriage. Despite going through such a turbulent time, she celebrated the new life growing inside her. To her surprise, she developed a “baby bump” early in her pregnancy and wondered if she might be carrying twins. An ultrasound at nine weeks confirmed she was, indeed, expecting two babies — but it also revealed something concerning.

Doctors urged her repeatedly to abort, but she refused

Crandall told Live Action News, “At first, I was told my babies had markers for Down syndrome, but it was later confirmed they had Twin-to-twin transfusion syndrome (TTTS) which is a blood sharing disorder where one twin doesn’t receive enough nutrients and the other receives too much. It’s a serious condition affecting both babies.”

As a result of TTTS, the donor twin suffered from a collapsed bladder and the recipient twin had a stroke in the womb from too much blood flow.

Doctors told Crandall that the twins’ condition was 80-100% fatal and advised her to abort the twins. That option wasn’t acceptable to Crandall, who had always believed in the sanctity of life. She was determined to carry her babies to term. But the specialists repeatedly told her the situation was grim and she should consider abortion.

When she held firm, they finally told her about a delicate treatment done in utero on the placenta that severs the veins and arteries causing the condition.

Delicate in-utero surgery could save the twins

The surgery was relatively new at the time and only a small number of surgeons nationwide performed the procedure. Desperate to save her babies’ lives, Crandall traveled to Children’s Hospital of Philadelphia to undergo the procedure.

“At one point, the surgeons were unsure if they’d be able to safely perform the surgery because of the location and position of the placenta,” Crandall said. “They had to wait for the perfect window of opportunity to go in while exercising caution so as to not rupture the amniotic sac which could cause pre-term labor.”

When Crandall woke up, she was told that the donor twin, Brooke Faith, would most likely not survive through the night as her umbilical cord was barely attached to the placenta. The twins’ case of TTTS was the earliest onset and reportedly the most severe the doctors had ever seen.

Crandall said, “During this trial, I was experiencing a crisis of faith in my heart. So, I am grateful that we had so many faithful friends and family lifting us up in prayer. Their faithfulness sustained me.”

Baby Brooke did survive the night and after a month, Crandall went home and was assigned complete bed rest. But she had to face her crumbling marriage, and her husband’s verbal abuse impacted her emotionally.

“I can understand the despair unmarried women might feel when faced with an unplanned pregnancy,“ she told Live Action News. “My husband wasn’t supportive during this rocky time, but I knew I had to get through it for my babies. It’s important to remember that the difficulties experienced during pregnancy is short-term, compared to the time our babies will live outside the womb. Each of us is here today because someone chose life.”

At 34 weeks gestation, Crandall went into pre-term labor. Doctors performed a C-section out of concern for the babies’ health. When the babies were born, they weighed two and four pounds and stayed in the NICU for a month. When they went home, they were required oxygen. When the twins were two months old, Crandall and her husband divorced.

Brooke, the donor twin, the smaller of the two, suffered a severe respiratory illness when she was two years old. She was intubated and hospitalized for 54 days. The recipient twin, Autumn Hope, later underwent surgery for a “lazy eye” resulting from her stroke.

Today, the twins are 14 years old and doing well, though they are a bit smaller in stature than most teens at the same age. Crandall has been married for 11 years to a caring man.

“I’m very grateful for God’s grace and goodness,” Crandall told Live Action News. “As I reflect on my ordeal, I realize God doesn’t make mistakes. His timing and His will are not our own. Even when we don’t understand the trials and tribulations in our lives, what we are going through is part of a bigger plan.”