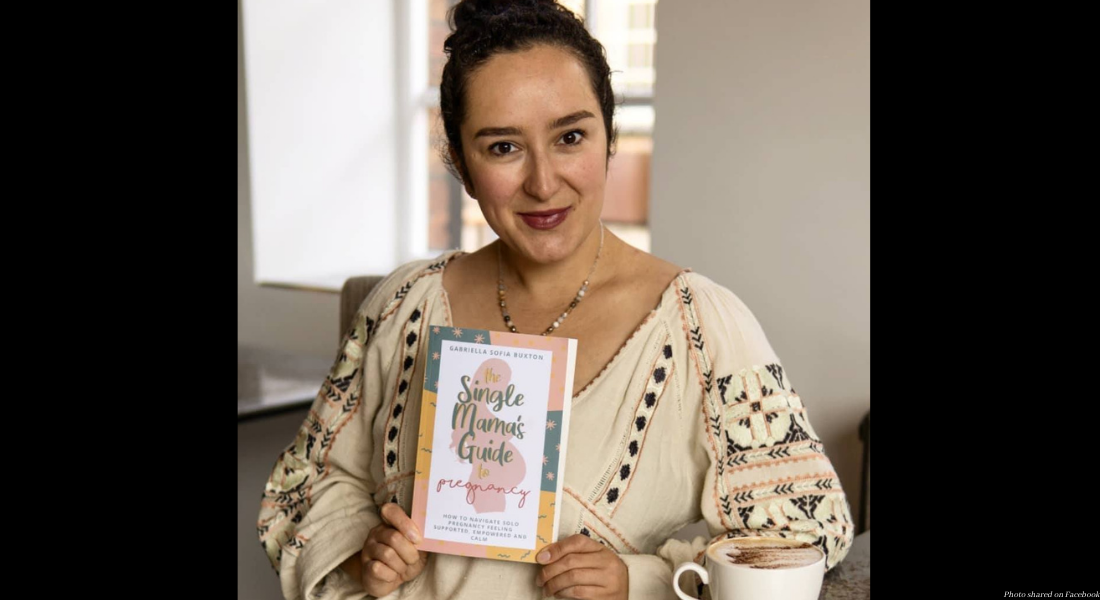 A woman who faced an unexpected pregnancy and pressure to have an abortion wrote a guide for other single mothers in similar situations. Gabriella Sofia Buxton, 29, had been in an on-and-off relationship for four years with an ex-boyfriend when she realized she was pregnant — but he didn’t want to be a father. After going through the pregnancy alone, and raising her son without his father, Buxton’s book about her experience became an Amazon bestseller.

In an interview with The Mirror, Buxton, a yoga teacher, said she had realized she was pregnant in May of 2018. Her boyfriend didn’t want to parent, but also had agreed with Buxton about no longer using birth control, because of the negative effect it was having on her body. She said her first instinct had been to have an abortion.

“Dazed, I told him the news briefly in a phone call. There was an assumption that I’d have a termination and our relationship would continue,” she said. “But fate intervened. At the clinic, they told me it was too early to take the abortion pill – they had to ensure it was a viable pregnancy first, not an ectopic pregnancy.”

It turned out that her boyfriend would leave her in the cruelest way; after she went for a walk, she came back to find out he had booked a flight home. “It was the middle of the night and I was pregnant and crying on the pavement outside an Italian Airbnb,” she said. “My boyfriend David [an alias] had just left me because I’d wanted to talk about why I might want to go through with my unexpected pregnancy. I felt like I was looking down on myself from above, watching us hug and cry, hearing him tell me he loved me but couldn’t cope with the situation. I could see him getting into the taxi and speeding off. And me, left behind, feeling broken and alone, in shock, thinking, ‘Did that really just happen?'”

Yet Buxton still remained strong. “When the doctor told me everything was going perfectly, it confirmed keeping the baby was the right thing to do,” she said. “I had one final conversation with David, telling him my decision, and I haven’t seen him since.”

Even her boyfriend’s mother urged her to have an abortion, rather than embrace her grandchild. “I spoke to his mum, who tried to get me to change my mind,” Buxton recounted. “‘It’s just a tablet and then you can forget about it,’ she said. It was a turning point. I knew it would just be me, the baby and my family. I could have been bitter, angry or upset. This wasn’t how I imagined I’d become a mum. But I didn’t want to mope around missing my ex. I chose to embrace my pregnancy.”

Unlike her ex-boyfriend and his mother, Buxton’s family was supportive, allowing her and her son, Walter, to live with them until she could afford a place of their own last year.

“I’m independent and I’m happy with the dynamic of me, my son and my family,” she said, adding, “As well as my family, I’ve built up my own Single Mamas community online to share my thoughts and engage with other women. There’s still a stigma around single mums-to-be. Women who are single and pregnant often don’t talk about it and try to go under the radar until the baby appears.”

It was her effort to fight that stigma that led her to write “The Single Mama’s Guide to Pregnancy.” Buxton said, “My advice to other single pregnant women is to seek support. That’s where I come in. There are issues that don’t get spoken about when it comes to singledom in pregnancy – such as feeling like abortion might be the only option or how to cope if you’re leaving an abusive relationship. These issues aren’t in your classic guide, which presumes a man is around. I wanted to help women come to terms with things not working out the way they had expected – and then be able to bond with their babies free of guilt, resentment or shame.”

According to reviews, her book has done the job.

“This book will open your mind to how motherhood is a sacred experience even for the pregnant single Mamas out there,” one reviewer wrote on Amazon. “A woman can have a positive pregnancy, birth, and transition into motherhood even when a Father has chosen not to participate. A pregnant single Mother can take the devoted love she has for her child and turn it into a beautiful journey.”