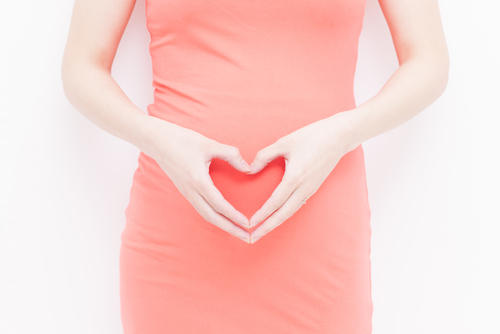 UPDATE, 3/14/19: Life Site News reports that on Monday, March 11, 2019, the MS House amended and passed HB 732, the House version of the “heartbeat bill,” as “[l]ingering differences in each chamber’s language had to be resolved before it could be signed into law…. SB 2116 and HB 732 do not differ in their substantive details such as exceptions or punishment, but the language must be made identical before it can be sent to the governor’s desk.”

2/13/19: Both the Mississippi House and Senate passed ‘heartbeat bills’ on Wednesday, bills which would ban abortion after a heartbeat is detected in a preborn child, at approximately six weeks. The bill reportedly contains no exceptions for cases of rape, incest, etc. Other states considering similar legislation are, according to the Associated Press, Florida, Kentucky, Ohio, South Carolina and Tennessee.

Mississippi previously passed a 15-week abortion ban, which a judge struck down late last year. The state plans to appeal that decision to the Fifth Circuit.

The Clarion Ledger reports that on the Senate floor, discussion of the ‘heartbeat bill’ ensued between senators on opposite sides of the aisle. Democrat Sen. Derrick Simmons questioned Republican Sen. Joey Fillingane at one point, asking “whether Fillingane was aware Mississippi has spent $1.2 million defending the 15-week abortion ban in court.” In response, Fillingane’s colleague, Sen. Michael Watson, defended the bill:

“Is it worth $1.2 million?” Watson asked rhetorically. “What is a life worth?”

An author of the heartbeat bill, Republican Sen. Angela Hill, spoke with great emotion about it, according to the Clarion Ledger:

Hill talked about how happy she was when she heard the fetal heartbeat of her own children.

“I see in this country that we protect sea turtle eggs and we protect other endangered species of animals with a greater degree of scrutiny and zealousness than we protect a child in the womb that has a beating heart,” Hill said. “The womb should be the safest place in the world for an unborn child. I’m asking Mississippi to be different.”

On the other side of the aisle, Democrat Sen. Deborah Dawkins, a former nurse, stated, “In my opinion and the opinion of a lot of scientists, the heart beat bill is a misnomer…. What is called a heartbeat by some is pulsating embryonic tissue that may become a heart.”

There is no science whatsoever to back up Dawkins’ claims. The Endowment for Human Development notes that by six weeks…

… T]he heart is pumping the embryo’s own blood to his or her brain and body.16 All four chambers of the heart are present17 and more than 1 million heartbeats have occurred.18 The head, as well as the chest and abdominal cavities have formed19and the beginnings of the arms and legs are easily seen.20“

This child, shown in the video below, is just seven weeks and three days old. This is what Dawkins thinks is “pulsating embryonic tissue that may become a heart” — a wholly unscientific view, as the heart begins to beat between 16 and 21 days after fertilization. A child of this age also has detectable brain waves. You can see just how wrong Dawkins and her pro-abortion friends truly are when you see a human being, not “pulsating tissue” or a mass of cells: