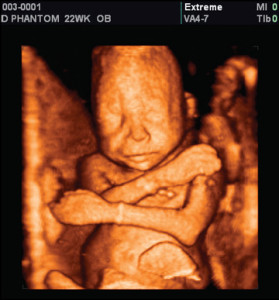 A bill banning abortions beyond 20 weeks has passed the Mississippi House and now makes its way to the Senate, offering hope for life for Mississippi babies aborted even beyond viability.

An Associated Press report says that House Bill 1400 passed on an 89-22 vote. Though the bill would ban abortions past 20 weeks, there are provisions in it allowing some exceptions:

Exceptions would be made to prevent permanent physical damage or death of the pregnant woman, or in cases of several fetal abnormalities. The House rejected a proposal to make exceptions for pregnancies caused by rape or incest.

Of the almost 2,200 abortions in Mississippi in its last reported year, only two were listed as being beyond 21 weeks, but the ban would ensure that these late-term abortions are prevented.

NARAL Pro-Choice America addressed the issue of post-20-week abortion bans, noting that 12 states have some sort of late-term abortion ban: AL, AR, AZ, GA, ID, IN, KS, LA, ND, NE, OK, and TX. Now Mississippi is among those trying to trying to join that list, which NARAL says shouldn’t exist.

In a January report, NARAL said:

Bans on abortion care after 20 weeks are a blatant attempt to deny women their constitutional rights. These laws interfere in the doctor-patient relationship, the sanctity of which is a cornerstone of medical care in our country. They are the latest attempt in the four-decade-long campaign to make abortion illegal again in America, and pose an extremely serious threat to the health of women in the most desperate of circumstances.

However, NARAL and other pro-choice arguments continue to ignore the health and life of the pre-born child who is ripped from the womb. Mississippi has taken steps to change this and protect that child.

The text of the bill can be found here. The bill now advances to the Mississippi Senate.