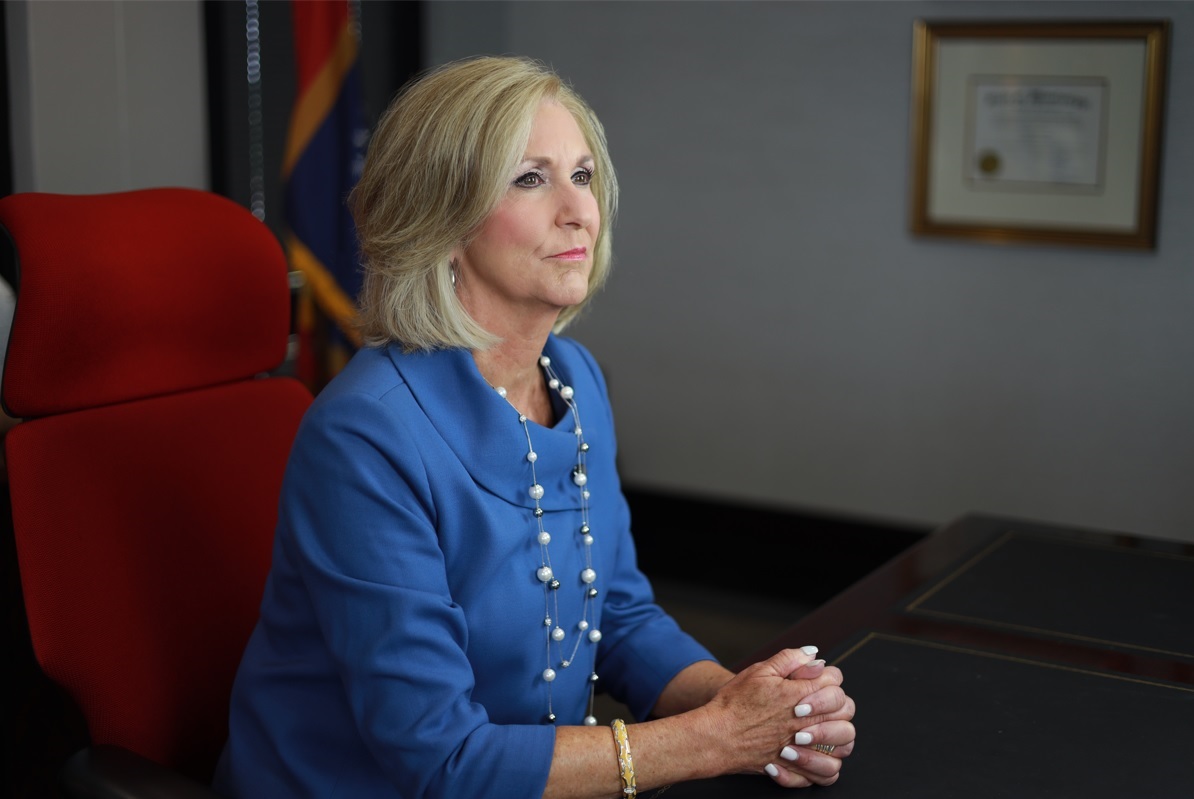 Lynn Fitch, Mississippi’s first female attorney general, has made the defense of the dignity of human life a hallmark of her career in public service. In her role as AG of Mississippi, Fitch is making history as the woman behind the Supreme Court case which is directly challenging Roe v. Wade.

Dobbs v. Jackson Women’s Health Organization, heard by the U.S. Supreme Court on December 1, 2021, will determine whether the state can prohibit “previable” abortions at 15 weeks or later. The Court’s decision is expected sometime in the next few months.

In addition to her commitment to protecting preborn babies from the violence of abortion, Fitch’s bio notes that her commitment to the dignity of life “extends beyond the life issues at stake in the Dobbs case to supporting our most vulnerable and helping them to achieve their best futures.” In fact, since taking office in January 2020, AG Fitch has also made human trafficking a top priority of her office. She serves as Co-Chair of the National Association of Attorneys General Human Trafficking Committee.

“As Attorney General, I have the opportunity to fight for the most vulnerable in our society, including the unborn, victims of crime, and seniors. When our investigators recover a victim of human trafficking or our prosecutors put an online predator in prison, it is a humbling, yet awesome experience. We have made a real difference in real lives,” Fitch told Live Action News.

Raised in Holly Springs, Fitch told Live Action News that her father inspired her to become a public servant. “My father, who passed away just last year, taught me a lot about public service. He was always looking for a way to give back to our community of Holly Springs and our State, whether it was through his businesses, his philanthropy, or his civic leadership.”

Fitch added, “I tried to emulate that model as I grew up and held a number of leadership positions throughout my academic career from Marshall Academy to the University of Mississippi School of Law.” But Fitch said it was her mentor, the late Lieutenant Governor Evelyn Gandy, who inspired her to engage in politics and government.

“When I was a young lawyer at the Attorney General’s Office as a Special Assistant Attorney General, the former Lieutenant Governor, the late Evelyn Gandy, similarly inspired me to be an active and engaged participant in politics, government, and law.  She was a mentor and friend and I continue to carry the lessons I learned from her with me in my daily work as Mississippi’s first woman Attorney General.”

She said the lieutenant governor encouraged her and other women to support each other.

“When I was first admitted to the Bar, young women lawyers could sit around a single table and Governor Gandy would encourage us to support one another as we reached for whatever dreams we held dear. Today, we are participating in far greater numbers as Bar Presidents, partners in law firms, law school professors, judges, and more. In fact, both of Mississippi’s law schools have women deans. Though we no longer sit around a single table at Bar gatherings, we continue to support one another, to mentor each other, to collaborate, and to celebrate each other’s successes,” Fitch stated.

Fitch believes pro-life women should consider entering public service as she did. “Do not let your lack of previous engagement stop you from getting in there,” she said. “It is always a good time to start down this path.”

“I highly encourage pro-life women to engage in public service – whether as a candidate for elected office, an appointee to a board or commission, or even as the manager of another’s campaign. There is no greater reward than knowing you have positively impacted other people’s lives and public service gives you the opportunity to have that influence.”

“…[T]here are organizations out there that specifically teach women how to use their strengths to become successful participants in public service. In fact, I helped the Mississippi Republican Party launch one several years ago, WIN-R (Women’s Initiative Network for Republicans).”

Optimism for the future

Fitch has called Roe a “flawed and hopelessly unworkable precedent.” In 2021, she stated:

For fifty years, abortion policy has been plagued by flawed legal rules that even some of the most ardent abortion supporters have refused to defend. Nothing in constitutional text, structure, history, or tradition supports a constitutional right to abortion, nor is there a sound basis for the current viability guidepost that determines when states can enact limitations on abortion.

“There are those who would like to believe that Roe v. Wade settled the issue of abortion once and for all,” Fitch noted. “But all it did was establish a special-rules regime for abortion jurisprudence that has left these cases out of step with other Court decisions and neutral principles of law applied by the Court.”

Fitch notes that in the past 50 years since Roe, the viability marker, as it has been called, has moved from 28 weeks to 22 weeks in some cases. Science will only continue to advance; therefore, her brief in Dobbs claims that “Legislatures should be able to respond to those advances, which they cannot do in the face of flawed precedents that are anchored to decades-stale views of life and health.”

Fitch told Live Action News that she is optimistic about the outcome of Dobbs but warns that the work for pro-lifers — and specifically, pro-life women — will remain important regardless of where the decision lands.

“While I remain optimistic, I do not want to get out ahead of the Justices with predictions for what the Dobbs decision may look like. But I do know that whatever direction the Court goes, we will need dedicated pro-life women to be taking leadership roles in the months and years ahead,” Fitch said. “We told the Court that it is not only possible to empower women and promote life; it is imperative. We need to be prepared to demonstrate what that means, whether it is through new laws or stronger support networks for women in challenging pregnancies. Pro-life women are the best people to take the wheel, particularly should God grant us a new, post-Roe map from which to navigate.”