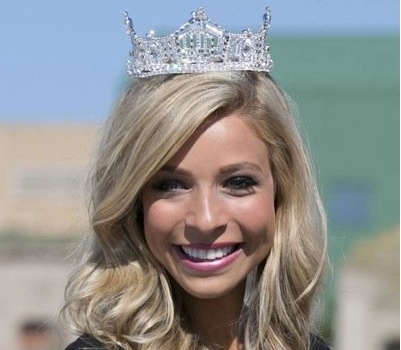 Many Americans were disheartened over the weekend when Miss America judges chose Kira Kazantsev (Miss New York) as the 2014 winner of the pageant. Kira’s red cup “talent” was considered a lack thereof by many viewers. But it is Kira’s history of working with Planned Parenthood that has angered many Americans, who feel she is an out-of-touch representative of this country in her new capacity as Miss America.

In response to the outcry over Kazantsev’s abortion business ties, the Chariman of the Miss America Organization, Sam Haskell, issued a statement glorifying Kazantsev’s position.

“Each Miss America takes a different path to the crown and Kira’s path is no less special,” Haskell began. His statement quickly took a downward turn when he continued: “Kira’s college internship with Planned Parenthood afforded her the opportunity to advocate against child abuse while writing her thesis.”

Haskell continues, saying, “In choosing a Miss America, the judges seek a well-rounded young woman who has the life experiences to be an effective role model.” Keep in mind, this statement was issued specifically in response to criticism over Kazenstsev’s ties to Planned Parenthood. So, the only conclusion that can be drawn from this sentence is that her “life experience” of working for Planned Parenthood helped Kira to become “an effective role model.”

The chairman concludes by pointing out that Kira’s “life experiences” have made her a “tremendous young woman.” These experiences, according to Haskell, include her “vocational opportunities,” aka her work at Planned Parenthood.

So there you have it. The official stance of the Miss America Organization seems to be that working for Planned Parenthood makes young women special, well-rounded role models, and tremendous young women.