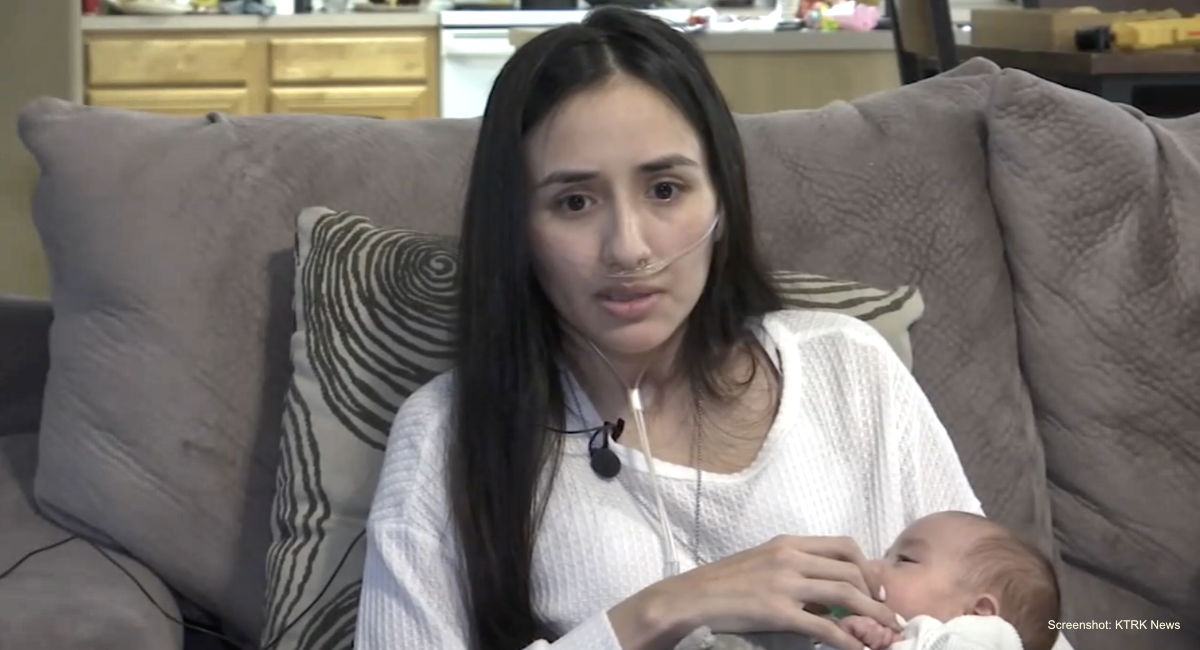 A pregnant woman who contracted COVID-19 is expected to make a full recovery after spending over 120 days in the hospital. Diana Crouch survived COVID (while intubated), a heart attack, three strokes, and childbirth. Despite the difficulties of the experience, the family says their faith helped show them what to do.

At 18 weeks pregnant in August of 2021, Crouch received a positive COVID-19 test. Though her symptoms originally were mild, she eventually ended up in the emergency room with COVID pneumonia. It was a surprise for Crouch and her husband, Chris, because she had already contracted the virus before. “I honestly didn’t think I would catch it again,” she told TODAY. “I didn’t think much of it at the time because in pregnancy you just get tired.”

Even after going to the emergency room, neither of them had any idea of what was to come. “I still didn’t think anything of it because even people that I knew at work that went to the hospital were just put on oxygen for a few days and they went home,” Chris told TODAY. “I thought we’d be back home after five days. Unfortunately, it turned into 139 days.”

At first, Diana was put on oxygen, but after three days, doctors wanted to put her on a ventilator. “She said, ‘I’m not going on a ventilator,’ and I remember the nurse saying, ‘Well I’m trying to save your life,’” Chris said. “Then they put her on a BiPAP machine shortly after that, which is a little more stronger flow of oxygen.”

Her condition continued to get worse, and eventually, they had no choice but to use the ventilator. Chris told KTRK that he thought it would only be about a week, but after 17 days, she was declining even more. Dr. Cameron Dezfulian, medical director of adult congenital heart inpatient care at Texas Children’s Hospital, decided to place Diana on ECMO.

“You pump blood out of a patient’s body, run it through an artificial lung, fill it with oxygen, take off some of the carbon dioxide, and pump it back into their body,” Dezfulian said.

“ECMO was the last resort,” Chris added. “(They said) ‘This is her best chance at survival and the baby’s best chance.’ So I prayed about it.”

Chris told doctors he wanted to save both his wife and his baby, so they had to do all they could to get Diana to a viable point in her pregnancy. By 25 weeks pregnant, she seemed to be doing better, but things ended up taking a turn for the worse.

Diana suffered three strokes and a heart attack, and was also having seizures. Doctors had to not only treat her, but be cautious in the medication they used, so the baby wouldn’t be harmed. Chris had faith, and believed that everything would work out.

“The next morning, I remember coming in and (Chris) said, ‘I know this is going to be OK, God has told me this is going to be OK,'” Dezfulian said. “He said, ‘We are going to have a heck of a story to tell when this is done.’ He was right. It is a heck of a story to tell. I think him saying that and just how sure he was about it made me sure, because really, as the physician, I didn’t have any kind of confidence. I knew what was up ahead of us. I knew all the things that could go wrong.”

Chris said he sat down to pray with Dezfulian, because he had no intention of planning a funeral. And by 28 weeks, Diana was improving again.

“So she came off of ECMO when the baby was 28 weeks because her lungs just improved and she was doing better. She recovered from the strokes, she woke up,” Dezfulian said. “We got her back to ambulatory, meaning standing up and walking and doing things again.”

The medical team still wanted to keep the baby in her womb for as long as possible, but by 31 weeks, it became clear that the growing baby was affecting her health, particularly her lungs. “She kind of plateaued at that point and it increasingly looked like the growing fetus was the reason for that. It was holding her back from being able to progress with her lungs,” Dezfulian said. “She actually developed a pneumothorax, which is air inside the lung cavity.”

The baby, delivered on November 10, was named Cameron — in honor of Dezfulian, the doctor who helped save his mom.

“When they told me, I was in tears,” Dezfulian said. “It’s such an honor. I told them, I said, I don’t deserve this. I consider this one of a handful of miracles. (Chris) told me that and he said, ‘We are just really grateful and believed that we would get through all of this.'”

And two days before Christmas, after 139 days in the hospital, Diana was able to go home. “Coming home was very emotional for me,” she said. “I actually felt a little bit down for a couple of days. It’s a lot for me to take in. I hadn’t seen my kids for so long.”

Though she’s improved a lot since coming home, Diana is still working to get back to 100%, and worries about what the future will bring. Still, she is under no illusions about how lucky she is to have survived.

“God hugged me really tight,” she said. “It wasn’t possible without him. My child is a miracle too. I don’t know how he got through it too.”