Erin Gloria Ryan is so ignorant that she’s making a roundabout contribution to the pro-life cause. 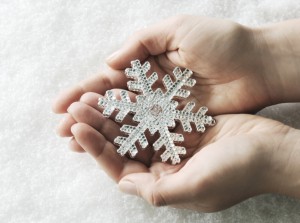 Jezebel’s resident juvenile abortion sophist, Erin Gloria Ryan, is at it again, and her latest diatribe actually managed to offend some of Jezebel’s own readers. Over the weekend, Ryan took aim at the nefarious practice of embryo adoption:

Who knew that “Every Sperm is Sacred” would be an anthem of the now-inevitable nadir of the abortion debate? Case in point: Evangelical couples doing their part to save babies by adopting… other couples’ frozen embryos. And then unfreezing the embryos, implanting them in evangelical wombs, giving birth to them, and parading their miracle popsicle babies around as examples of how they’d been fully human this whole time.

If you follow the logic of the personhood movement, adopting frozen embryos not only makes sense, it’s a moral imperative. Because life begins at conception and couples who are using In Vitro Fertilization to conceive often create extra embryos that they freeze for possible future use, by the power of Greyskull, there are therefore hundreds of thousands of actual babies frozen in warehouses across the country.

If you concede that your opponents’ position “makes sense” and is even “a moral imperative” given a certain premise (that life begins at conception), logical argumentation typically requires that some effort be put toward refuting that premise. But like we’ve seen so many times before, Ryan doesn’t even try. She completely ignores the objective facts of what the unborn are, preferring instead to mock embryo adoption with talk of “miracle popsicle babies” and the “power of Greyskull” (which she misspelled, by the way). But that’s what happens when you’re more interested in feeding your fellow travelers’ prejudices with cheap amusement than you are in genuinely understanding serious issues.

I wonder if Ryan would be so glib about “miracle popsicle babies” if she met Hannah Strege.

In the comments, AnitaBonita813 chastised Ryan for suggesting embryo adoption is just for them thar evangelical yahoos:

Actually, we are completely pro-choice and are donating our frozen embryos for adoption. We’re not doing it b/c we believe every sperm is sacred but because we had a shit ass time with fertility and want to help other people (straight, gay, single, not, open marriages, whatevs) to “complete their families” as we say in the infertility world.

Also, it strikes me that you have NO EXPERIENCE with infertility if you think adoption, foster care, and/or fostering to adopt is as easy as going to store and picking out the child you want to take home. It is difficult, costly, and wrought with emotional minefields for everyone including and especially the children.

So, if embryo adoption is not for you? Don’t do it. And don’t make simplistic judgments about the rest of us (pro-choice!) people who do.

Ryan also took the opportunity to smear Christians as uncharitable towards real people:

I can only hope that similar word is spreading about the more than 400,000 already-born children with eyes and arms and smiles and memories and feelings who are currently in foster care! […]

Despite the fact that funding to the program was cut due to a lack of interest, Reg Finger believes that embryo adoption’s time has come. Early Christians were super into helping the poor and downtrodden, and so it only makes sense that in the 21st century, megachurchgoers would focus on helping the embryos. Christians caring about actual poor people? So first century.

The ideas that any care for the unborn must come at the expense of the born and that pro-lifers don’t have sincere compassion for those in need are articles of left-wing faith that just won’t go away, despite strong evidence that conservative and religious Americans give and do more for charity than liberal and secular ones (which should come as no surprise, considering liberals are more likely to see government as society’s primary mechanism for helping the needy, rather than personal initiative). Yet the smears persist, because you’ve gotta take what you can get when trying to feel morally superior while defending the killing of innocent, defenseless babies.

This also rubbed some commenters the wrong way. See, for instance, Jack01:

I love reading this site, but sometimes the hate for Christians gets to me. Sure they care about a lot of things most don’t, but its not like they aren’t helping the poor too. Christian groups have food banks, soup kitchens, homeless shelters and all kinds of shit they give time and money too.

If you think this is stupid that’s fine, but bash it for that rather than suggesting they aren’t doing other good things, which is false. Stuff like this makes us look bad.

But just because you don’t hear about the people who are actually dedicating their lives to Christ through serving the poor doesn’t mean that they don’t exist. I know many live in third world countries, risking their lives and sacrificing any luxury to serve the extreme poor there. I have close friends who use extraordinary talents to help the poor within the city; teaching, feeding, and volunteering. The majority of my cousins were adopted, through the foster care system, by an extremely traditionalist lutheran Aunt. And the “Megachurch” that I attend is currently building a Care Center (a facility with free food, clothes, counseling and job opportunities) on campus because our off campus one is now too small to accommodate the growing needs within our community.

(Lest you’re inclined to give Ryan’s apparent Christophobia the benefit of the doubt, today she described Jesus as “travel[ing] around with a gang of hippies doing magic.” Nice.)

Granted, most of Jezebel’s readers will happily remain within the pro-abortion ranks, but Ryan’s rant is precisely the sort of callous, ignorant fanaticism that has the potential to make pro-choice moderates realize just what they’ve gotten themselves into. I, for one, thank Erin Gloria Ryan for her roundabout contribution to the pro-life cause.