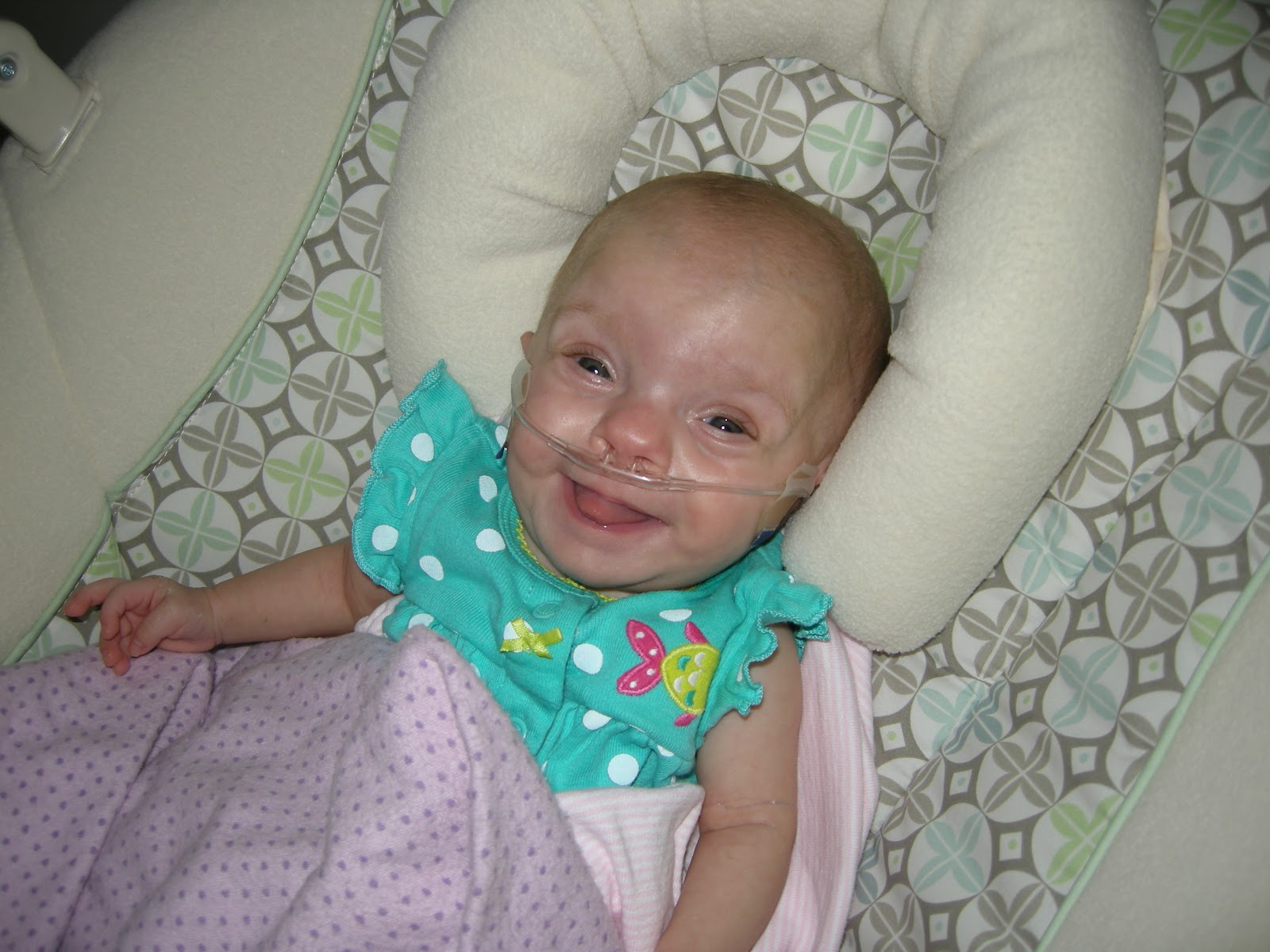 Noelle Christine Aguiar was born at 27 weeks gestation, weighing in at an unbelievable 12 ounces (the size of an average 20-week-old). According to NICU Nurse, Martha Harrelson, babies born at less than one pound almost never survive. Yet Noelle is not just surviving…she is thriving. Now, seven months after Noelle was born, her mom, Jill, writes:

Although I would have termed Noelle a happy and content baby before this last hospital stay, there is now a marked difference in her; and the smiles hardly seem to leave her face!  It seems that each day brings more activities, new discoveries, more “talking”, and so much growing in both size and development. 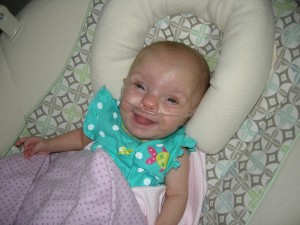 Noelle’s mom keeps a blog of her miracle baby’s life where they share photos, updates, and stories. This tiny girl was never expected to survive. At only 18 weeks in the womb, she received a diagnosis that is usually fatal. The blood flow in the placenta was not working correctly, and Noelle had stopped growing. Noelle’s parents were told that at any point, they could come in for a checkup and find that their first child’s heart was no longer beating. Even with this devastating news, T0m and Jill chose to believe that God was in control.

According to Fox News, right around 24 weeks, their miracle began to appear. Noelle’s condition had stopped worsening. Then, at 27 weeks – around Christmas last year – the doctor discovered that the blood in the umbilical cord was flowing in reverse, and Noelle had to be delivered. Because she was so small, she was not expected to survive. Tom and Jill prepared themselves for the reality that this day might be the only one they would ever have to touch, kiss, and hold their tiny daughter. But against all odds, Noelle began to cry as she was delivered, and the medical staff fought hard for her life.

After a three-month hospital stay, Noelle went home for the first time. Often, premature babies struggle with various medical issues, but they are quite the fighters. Noelle is certainly no exception. In late June, the Aguiars returned to the hospital because Noelle had pulmonary hypertension. Because her lungs had not been fully developed at birth, extra strain had been put on her tiny heart, and it was about to fail. Despite Noelle’s ability to fight for her life, Tom and Jill realized that this time, they might not be bringing their daughter home. Tom said, “If this is the time God has given us with her, we’re grateful for that.” And Jill agreed: “We never expected to even have one day with her.”

With careful monitoring at the hospital, in mid-July, Noelle’s doctor determined that she could go home. Her lung tissue is still growing, and her symptoms could improve with time. Noelle stays hooked up to oxygen at home and to a machine that measures her blood oxygen levels. She is on medicine for her lungs. Yet on July 21, Jill wrote:

While this first, full week home has been a time of adjustment, it has mostly been a time of joy and amazement as our tiny girl seems to be growing right before our eyes.  She weighed 6lbs. 7oz. at her doctor appointment on Monday…

When you watch Fox News’ most recent video of the Aguiars, it’s obvious that, as Jill says, little Noelle is worth everything:

When she smiles, it makes all of it worth it.  Every IV, every blood stick, every surgery.  That smile erases it all away.