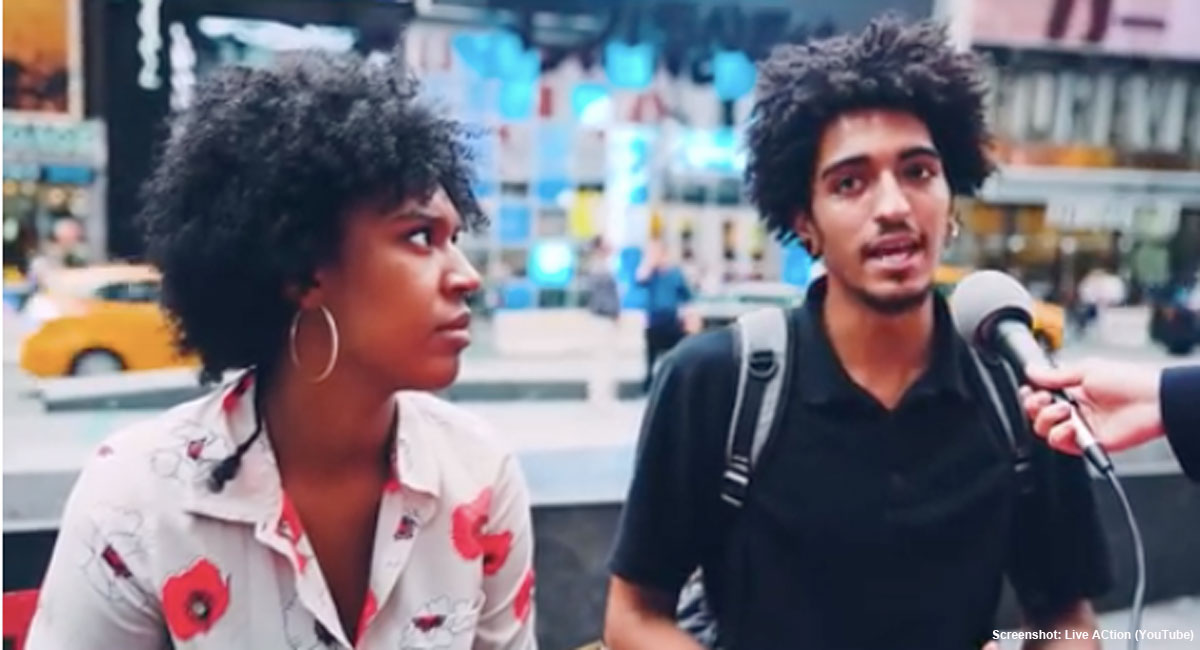 Many people don’t understand the reality of what abortion truly entails. The abortion industry has been caught lying to women about fetal development, and the picture people have in their heads of what an abortion is like tends to be the sanitized, painless version that one might see on television. But what happens when people see what a procedure is actually like? Does the reality change minds?

Second and third trimester abortions have been in the news frequently in recent weeks, and in one of two new videos released by Live Action, one woman argued that abortion should be legal, even possibly up to birth. “I think it should be legal, and I don’t see anything wrong with it,” she said frankly. “I find it kind of offensive when people think it shouldn’t be legal.”

When asked if she thought it should be allowed even up until birth, she answered, “Yeah, probably the earlier the better, obviously, but if your situation — if you really can’t afford to have a baby, or it’s really going to harm you, in — like, it’s quite a touchy issue for you, then it shouldn’t — you shouldn’t have to have it if there’s been a situation where you don’t want it.”

She was then showed a video with 2D animation, narrated by former abortionist Dr. Anthony Levatino, which explained a second trimester abortion procedure:

Afterwards, her mind was changed about late-term abortion. “It’s quite a brutal procedure,” she admitted. “It does make me think back on what I’d said about aborting in the later stages.” While she still felt that abortion should be legal in the first trimester, she felt differently about second and third trimester abortions after seeing what the procedure was like. “I don’t think it should be legal that late in the pregnancy, and it’s just a very harmful method, and yeah, it’s very devastating the way they do the procedure.”

READ: How abortion is done in the second trimester: The D&E

In a second video, a man and woman were asked about abortion, and both said they supported the idea of abortion being legal in the first trimester. “The first trimester is fine,” the man said, adding, “I feel like you can totally do whatever you want, but like, after the second trimester, I think that there should be some type of limitations.” The woman he was with agreed. “The first trimester is okay to get an abortion, but after that — third trimester, definitely not — but after that, like, maybe there’s gonna be restrictions,” she said. They also discussed how it wasn’t until three to six months of pregnancy, or the second trimester, that a preborn baby became a human being, and abortion procedures after that point equaled killing somebody.

The pair were then shown another video featuring Dr. Levatino, explaining a first trimester D&C, or dilation and curettage, abortion procedure.

“That was really scary. I didn’t realize that there was like, possibly parts left behind,” she said, adding, “That made my uterus hurt.” The man she was with, meanwhile, said, “That’s a whole baby!” He also said the video did change his mind about restricting abortion.

“[S]eeing how big that baby was it was just another, like, reality check, you know, like, that’s a human being,” he said. While both said they understood the circumstances that can lead a woman to think abortion is her only choice, they also both felt that there could be better choices.

The truth has a strong effect on people, and hiding it is what allows evils like abortion to continue to flourish.