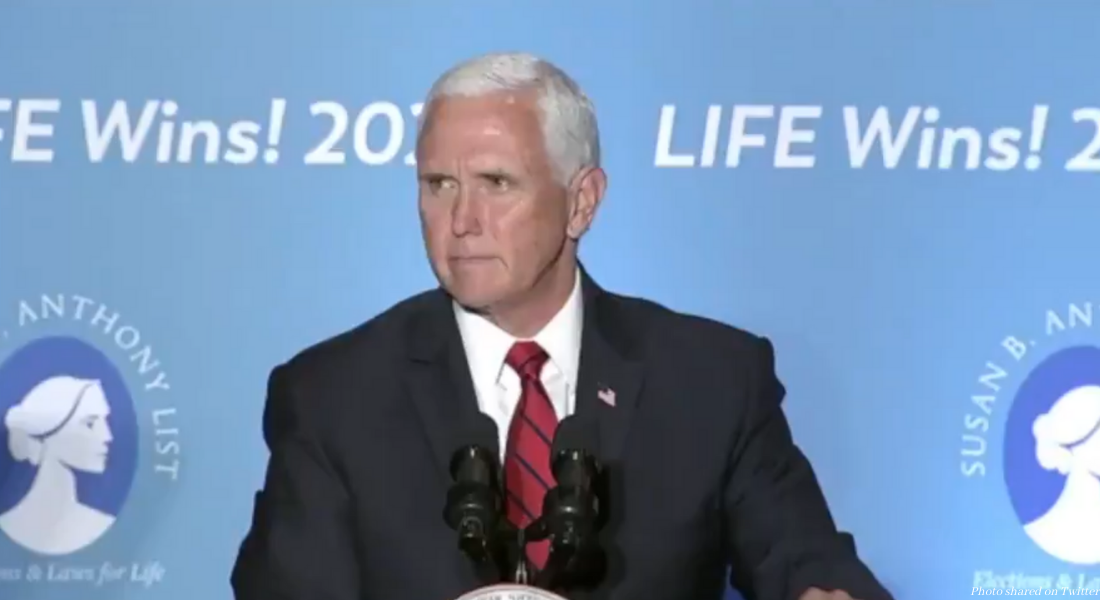 Vice President Mike Pence became the first VP to ever visit a pro-life pregnancy center when he stopped by A Woman’s Place in Pinellas Park, Florida, this week.

Pence and his daughter visited the pregnancy center as part of an event sponsored by the Susan B. Anthony List as part of the group’s LIFE WINS! tour. While there, he met a woman named Kia who was facing an unplanned pregnancy.

“I went to Planned Parenthood, got my pregnancy test, found out that it was positive,” she said in a video on Twitter. “I made the abortion appointment. I researched a little bit, and I found ‘A Woman’s Place’ to go. I saw that they gave free sonograms for women that didn’t have a lot of money, so I went there.”

Kia was able to see her baby, and she was immediately emotional. “I knew, when I saw that little, little thing, that I couldn’t do anything,” she said. “Like, I needed to keep the baby… not just for myself, but for my older son. I made my choice that day. I’m super thankful for everybody there.”

When Kia found out she was pregnant, she turned to @FollowNewLife who gave her the care and support she needed.

Today she met Vice President @Mike_Pence during our LIFE WINS! tour to share her story.

Kia doesn’t regret her decision. “From the moment that I saw him, when he came out, I knew that I made the right choice for him,” she said through tears.

In addition to ultrasounds, A Woman’s Place offers numerous other services to women, including STD testing and treatment, pregnancy support services, well women care, and medical referrals — all at no cost. The pregnancy center’s valiant efforts to save lives earned them praise from Pence, who said they have saved “10,000 babies in the last 35 years & 500 babies within the last 12 months.”

In a speech given after his visit, Pence said the pro-life movement is making gains because of what it offers women. “The pro-life movement is defined by generosity, compassion, and love for women and unborn children,” he said, adding, “Life is winning because of the compassion and love that have been shown to women facing crisis pregnancies all across this country now and for decades.”