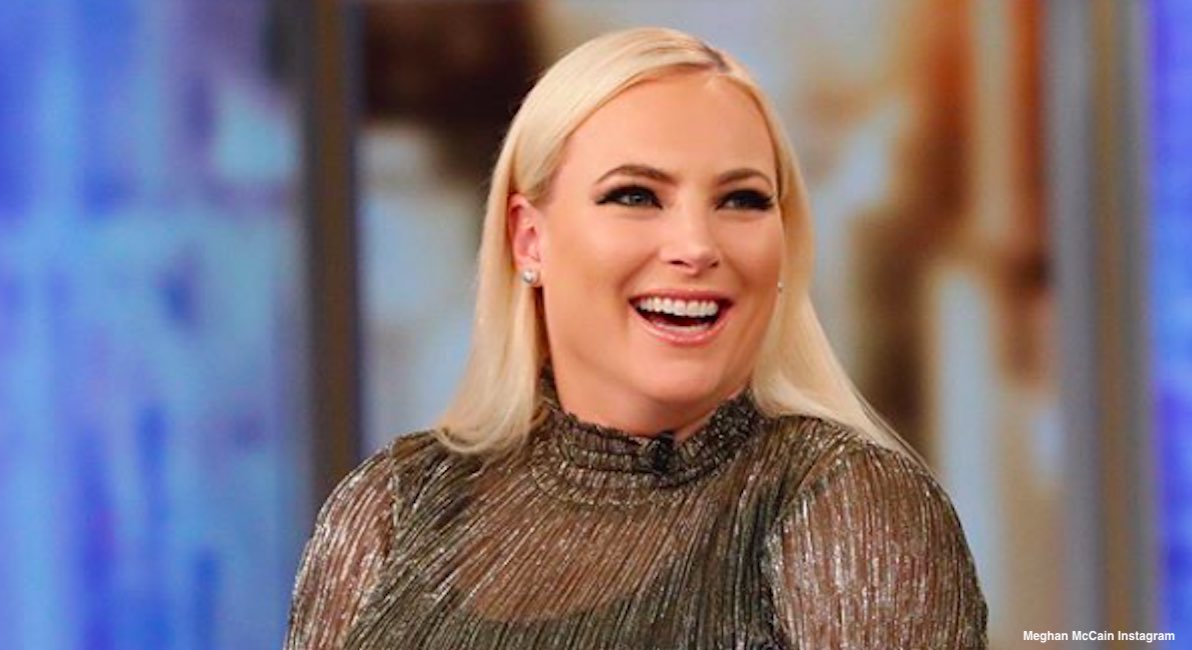 It is an unremarked on peculiarity that Meghan McCain, the fiery daughter of the late Senator John McCain, has become one of the most prominent representatives of the pro-life movement on TV. As one of the co-hosts of The View (although she is currently on leave taking care of her newborn daughter Liberty) and its sole conservative voice, McCain has consistently defended the pro-life perspective. She does this on a wildly popular daytime show in front of an audience, co-hosts, and guests who are almost always pro-choice.

Add to that the fact that The View’s veteran host Whoopi Goldberg has spoken frequently on air about her own abortion as a teenager, and McCain is fighting an uphill battle whenever she brings up abortion—but yet she does, time and time again. She called out the Democrats for their support for late-term abortion in July of 2019, triggering Goldberg’s ire. That same month, she wrote a moving tribute to the child she lost through miscarriage in the New York Times. “I love my baby and always will,” she wrote through her pain.

Back in February, as it became clear that the Democratic Party was going all in on abortion and infanticide, Meghan McCain warned that the decision would have consequences. “I’m pro-life, and not in the talking point of ‘not for me but okay for other people’ sense,” she tweeted. Unsurprisingly, abortion activists responded with the vitriol they reserve for women who disagree with them.

I’m pro-life, and not in the talking point of “not for me but okay for other people” sense. I stand by what I said this morning, if the Democratic Party wants to be the party of late term abortion and infanticide, they won't just lose – history will judge them for what they did.

McCain also called out Joe Biden, a long-time family friend who delivered a eulogy at her father’s funeral (and was recently endorsed by her mother) when he changed his position on the Hyde Amendment, which bars federal tax dollars from paying for abortions. Biden was needlessly “alienating people,” she noted. “I feel slighted as a conservative and feel slighted as someone who was open to him being president. It’s a dangerous lane for him to take to go super far left. It’s very dangerous.”

McCain appears to deliberately use every opportunity to discuss the issue. She confronted Pete Buttigieg over his support of late-term abortion, telling him that his answer was “just as radical” as she’d expected. When Ruth Bader Ginsburg died, she defended Trump’s right to appoint Amy Coney Barrett, responding to Joy Behar’s assertion that Americans didn’t want Roe reversed by pointing out that many feel the same way she does: “47% of Americans are pro-life, Joy, and every time I talk about it on this show it’s received as if its this vast minority in the country. It’s not, I’m telling you.”

One headline after she called out Amy Klobuchar for her support of late-term abortion perfectly summed up McCain’s position on daytime TV when it comes to the pro-life issue: “It’s Meghan McCain vs. Everyone On ‘The View.’” Indeed it is—but she does a magnificent job of it.

If McCain wanted to rake in accolades, all she’d have to do is stake out the “moderate Republican” position and remain delicately silent about abortion. She’s perfectly positioned to do so considering the fact that she personally loathes Trump for the many awful things he’s said about her father, and she holds liberal views on many other social issues. She has everything to gain by keeping her mouth shut about her pro-life views—but she refuses to. That takes courage and integrity.

McCain’s views have evolved on abortion, as well. Back in 2012 when she was promoting a book (the unfortunately titled America, You Sexy Bitch), she stated: “I am personally pro-life, but I don’t want to repeal Roe v. Wade.” On The View just under a decade later, she stated her position bluntly: “I don’t believe that murder should be legal in the United States of America and I believe abortion is murder. It’s really that simple.”

It is for all that and more that Americans United for Life awarded Meghan McCain their “Defender of Life in Media” Award at “Women Speak: A Symposium on Life Without Roe” last year. McCain tweeted that she was “deeply honored and touched” by the award: “We need more pro-life women in media to speak out in defence of innocent life and those who are voiceless!”

She’s right—and it is she, more than anyone, who has paved the way for more to follow. Meghan McCain isn’t at Fox News, where pro-life hosts are common. She is to daytime TV what Ross Douthat is to the New York Times: A lone voice speaking out for those who cannot on hostile territory, despite knowing the potential professional consequences of doing so. Whatever your opinion of Meghan McCain’s political views, she has done the pro-life movement—and pre-born children—a great service by lending them her voice.

Bio: Jonathon Van Maren is a public speaker and pro-life activist. His work has appeared in First Things, National Review, The American Conservative, and elsewhere. His latest book is Patriots: The Untold Story of Ireland’s Pro-life Movement.