“There are so many of them, and they are so young.”

NARAL Pro-Choice America’s outgoing president, Nancy Keenan, aptly summarized the abortion movement’s greatest fear: millennials are much more passionate about life than they are about abortion. Recognizing the dire need for someone newer and fresher in its camp, NARAL has chosen the somewhat younger Ilyse Hogue to replace Nancy Keenan as president. Keenan’s tenure is coming to a close after almost ten years, and a plethora of pro-aborts have been voicing their enthusiasm for NARAL’s selection. 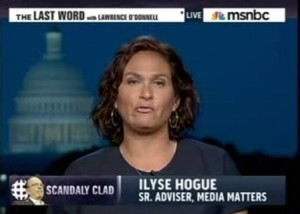 Hogue possesses an impressive record of left-wing activism. She holds a B.A. from Vassar College and an M.S. from the University of Michigan. In addition to being selected as the incoming president of NARAL, she is a prolific columnist at The Nation (a prominent leftist magazine), a former senior adviser to Media Matters for America, a former program director at the Rainforest Action Network, and a board member of numerous leftist organizations. She has voiced support for the Young Democratic Socialists, which is the youth arm of Democratic Socialists of America (the largest socialist organization in the U.S.), and has also been the director of political advocacy and communications for MoveOn.org, a popular organization aimed at furthering progressive views in the media.

Surprisingly, however, Ilyse Hogue’s resume does not boast much specifically pro-abortion activism. She can be found voicing support for a woman’s “right to choose” and siding with Planned Parenthood in various legal battles, but she doesn’t have much of a record of action and involvement on these issues.

So why was Ilyse Hogue chosen to lead one of the nation’s largest pro-abortion organizations, and what will she bring to the table for abortion advocates? The answer may be marketing. What Ilyse lacks in pro-abortion activism, she makes up for in marketing expertise. And let’s be honest: we know that Planned Parenthood, NARAL, and their ilk are on thin ice without superior marketing skills. How do you make the gruesome, grotesque practice of abortion appear attractive? How do you dupe women into believing that a practice that can be dangerous to them and always deadly to their children is “health care”? Planned Parenthood’s answer: use bright colors and avoid verbalizing the truth at all costs. NARAL, too, recognizes the importance of marketing in its biz.

Hiring Hogue seems to be an attempt to rekindle the waning flame of Generation Y bemoaned by Keenan last year. From her work as co-founder of SmartMeme, which does exactly what the name implies – utilizes memes as a campaigning and marketing tool – to the uncensored language she uses when speaking in the public forum, Hogue knows how to arrest attention. Marketing is powerful, but truth is more powerful – and millions and millions of millennials agree that life is too precious to oppose (with millennials dominating the 500K  March for Life turnout last week, where is the pro-abortion counterpart?). It will be interesting to see what Ilyse Hogue brings to the debate as she faces the uphill climb of trying to rally youth activism for abortion.