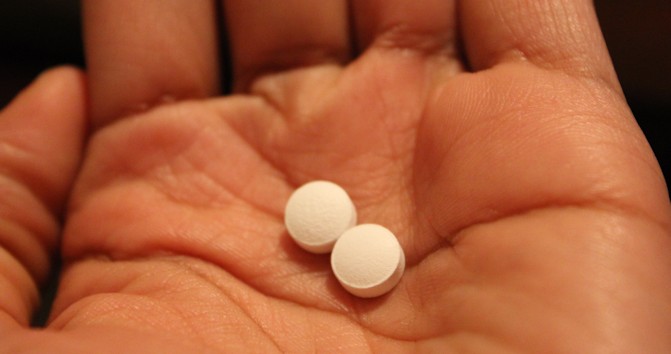 Scientific studies are generally reliable and tested, but in order to be a legitimate study, one needs to meet certain conditions, such as having objectivity and independence — in the writing, the subjects involved, the design of the testing conditions, and other factors. So the only thing proven by this farce of a study is that Planned Parenthood has enough money to tell big lies and wear a truth mask while doing so.

In the study, a Planned Parenthood doctor, Deborah L. Nucatola, asserts that  “administering abortion-inducing drugs in a way that has not been approved by the FDA is ‘safer’ than the one protocol that the FDA has reviewed and approved.”

But you know that there is little evidence to support such claims when Planned Parenthood has to design, fund, and write its own study. Besides the clear conflict of interest, the ‘study’s’ flaws are numerous. For example, one of the most common risks associated with abortion-inducing drugs is incomplete abortion. If the drugs do not terminate the pregnancy, a second abortion is necessary — either surgical or an additional chemical abortion. However, the study used a skewed definition of “successful” abortion: “A successful abortion was defined as expulsion of the pregnancy without the need for aspiration.” In other words, only those incomplete abortions that resulted in “aspiration” — a surgical procedure — were counted among the incomplete abortions. If a woman went on to have a second chemical abortion, the first chemical abortion was counted as ‘successful.’

But that’s not all. A typical risk with misoprostol (the abortion pill) is an incomplete abortion, which then requires either another administration of the medication abortion, or a vacuum aspiration abortion to complete the procedure. However, in this flawed study, they decided that a “successful” abortion was defined as one that didn’t need a vacuum aspiration. It neglects to include the failed abortions that need another medical abortion to be complete. Those, Planned Parenthood says, are considered successful abortions. That was easy to do when they also admitted that they did not have information on whether almost half the women who had medical abortions needed a second dose of the killer chemicals. The study also has no follow-up data on some women regarding if they had complications. Essentially, it cannot even answer its own research questions.

In fact, the story continues:

Further, the study purported to contribute to ‘the evidence against restrictions that require use of the FDA-approved regimen.’ However, the authors admittedly studied only one protocol: the protocol preferred by Planned Parenthood, which includes sending women home to self-abort and instructing them to administer misoprostol, the second drug in the regimen, buccally (and not orally, as approved by the FDA). And so comparisons with the safety and efficacy of the FDA protocol cannot be made within this study, as that protocol was not used by the researchers. Simply put, you cannot say that one procedure is ‘safer’ when there are no data to compare within the study.

According to the ‘data,’ these women who needed multiple rounds of abortion-inducing drugs (and, therefore, were subjected to the risks twice) didn’t have ‘failed’ first abortions; they simply needed to pay Planned Parenthood twice.

One can only hope that actual physicians and researchers who understand what legitimate studies and research protocols entail will confront this medical research quackery, which reflects on the scientific community when left unchallenged.

All this fake study does is further show the low levels to which the abortion giant will go to make itself richer while endangering women’s lives — even if it means mocking the actual hard work and research skills of true medical researchers.

Planned Parenthood has run the asylum long enough. It’s time for the medical community to call this corporation on its latest farce.