No semantics can ever change science.

As a writer and teacher, I have always been fascinated by language, but it didn’t take much education to see the disparity of language this week when a story in a Midwestern paper reported on the discovery of “fetus bones.” The article in the Sioux Falls, SD Argus Leader reported that:

A cooler with decomposed tissue and bones was discovered Nov. 2. The remains belong to a term fetus.

A second set of remains recovered outside of the cooler belong to a second term fetus. Expert reports indicate that each skeleton is that of a term fetus, viable outside the uterus, about 40 weeks gestational age. 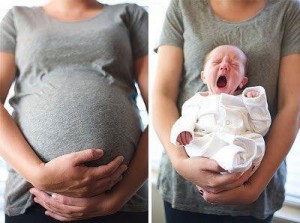 Incredulous, I read the report again and again, hoping to make sense of what a “term fetus” could be, and how a non-human could have bones and a skeleton. Of course, I couldn’t, because a fetus brought to “term” is a baby – unless one chooses to kill it with abortion, in which case it’s a “choice to terminate the fetus.” If the baby is wanted, then we throw baby showers and bring gifts. In our society, the decision has been removed from science and relegated to voice, which is what our ancestors would have called quackery.

A follow-up story reported that autopsies had been completed, “and separate anthropological tests placed the age of each fetus at 40 weeks. Both would have been considered viable outside the womb. … The case is being treated as an open homicide investigation.”

That made much more sense, except that they still called a full-term baby a fetus, even a murdered one. It was as if they were afraid of the implications of the word baby.

A local news station knew only how to mince words as it reported on “the discovery of two fetuses,” saying:

The county that hasn’t experienced a homicide in nearly two decades has investigators searching for clues about the death of two fetuses that were old enough to survive outside of the womb.

Putting these reports together only confused me more. Bones of two fetuses were found. These fetuses were able to survive outside the womb; therefore, the fetuses were victims of homicide.

If we apply this to abortion laws, we may find the reason behind the double-talk in these articles. If a fetus that can survive outside the womb is destroyed, then, by definition of the law, every viable abortion would be a homicide.

See, that’s the reason Roe v. Wade cannot survive a new test by the high court. In 1973, we didn’t have the science of viability so easily available and obvious to us. We can now prove that the baby’s heart is beating before most women even suspect they are pregnant. Even a bunch of sheriff’s officers and news reporters can’t decide whether to call it a fetus or a baby can see this. So confused is our society because of the resounding rhetoric of Planned Parenthood and the pro-aborts that journalists and law enforcement officers talk in doublespeak.

However, at the end of the day, there is no denying that two 40-week-old babies died. And the real line of delineation is the most tragic of all: had it happened at the hands of a licensed abortionist, it would have been legal – in many states well past the point of viability, just as long as an abortionist got to the baby before he was born – and, of course, disposed of him through medical waste or human research rather than thrown him outside.

While Deuel County may be aptly named for its doublespeak on what a baby really is, we might take a lesson from its reporters as well. A baby who is killed should be charged as a homicide – at any age. Perhaps that’s the reason why we are talking about a Royal Baby and not a Royal Fetus. Whether born into royalty or disposed of in a shelter belt, a baby is a baby, and no semantics can ever change science.