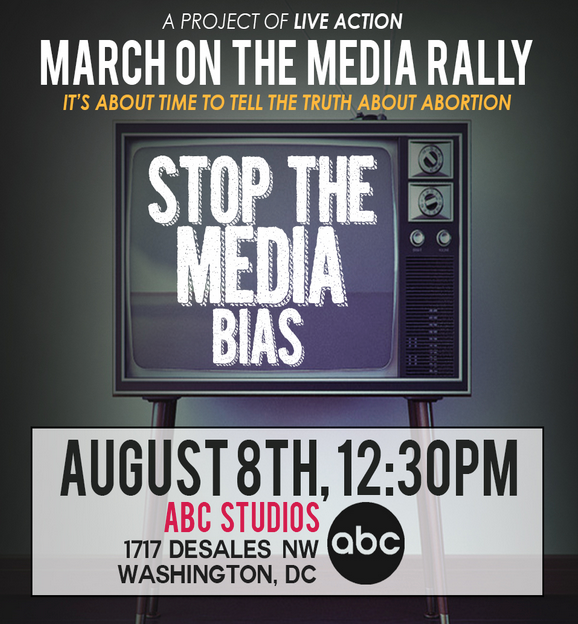 “It’s too uncomfortable for the public.” This is the mainstream media’s collective excuse for not broadcasting major stories related to abortion. It took months for the Gosnell trial to be acknowledged, and thereafter scantly covered in comparison to comparable scandals, by networks like ABC.

During debates over the hotly contested pro-life omnibus bill in Texas this season, networks chose to ignore the issue and talk about Wendy Davis’s pink running shoes instead. Rampant maternal deaths and botched abortions at innumerable abortion facilities across the nation, like LeRoy Carhart’s and Virginia’s Nova Women’s Healthcare, are blatantly ignored. “Because it’s too uncomfortable.”

Here’s a sampling of some of the most widely covered stories in the last few years:

The Sandy Hook Elementary School shooting: Twenty tiny children and six adults are shot to death in their own elementary school. Networks are overloaded for weeks with firsthand accounts of the shooting, profiles of the killer, and coverage of the devastation that follows a brutal attack on innocent life.

The Casey Anthony trial: A little girl is murdered and buried. The public hears every single grueling, stomach-churning detail and theory via network news. Too uncomfortable? Apparently not!

The Amanda Knox trial: A college student is brutally murdered. As with the Anthony trial, the networks spared no detail in describing her death and the chilling events that may or may not have surrounded it.

Add these stories to images that we have all seen of dead, bloody bodies in the War on Terror, or of the devastation caused by incessant natural disasters. All of these stories are uncomfortable, and sometimes unbearably so. Therefore, can the media continue to use the discomfort excuse for not covering the act that is – legally and illegally – killing millions of Americans every year?

Live Action emphatically says NO. Pro-life Americans can no longer stand by while women and children die amid the condoning silence of the most powerful public-awareness pundits in America: the news media. 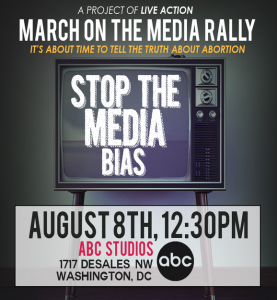 Live Action is leading efforts to hold the media accountable for more comprehensive coverage of newsworthy stories in America – namely, abortion. At the March on the Media next Thursday, August 8, Live Action will be joined by many pro-lifers to protest the media blackout on abortion. Live Action president Lila Rose will be joined by other major pro-life leaders, like Christian Robey of the Media Research Center and Charmaine Yoest of Americans United for Life. At the same time, those who cannot be present in D.C. will be busy on Twitter conducting their own rally against the media blackout.