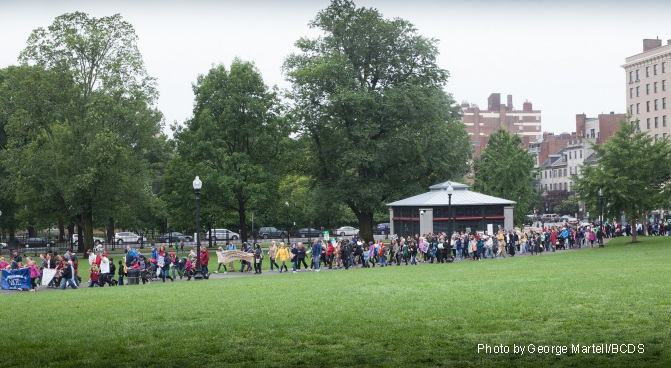 The state March for Life, organized by Massachusetts Citizens for Life, featured speakers addressing both the personal and political dimensions of abortion and a two-mile walk that raised money for sixteen different crisis pregnancy centers and pro-life charities throughout the state. The event began at the Parkman Bandstand at the Boston Common public park and concluded with a moment of silence at the State House.

Speakers discussed several pro-life laws pending before the state legislature, including more stringent medical regulation of abortion clinics, directing taxpayer dollars away from abortion and toward baby safe havens that provide for the safe surrender of newborns to the care of hospitals, police stations, or fire houses; and bans on twenty-week and partial-birth abortions. Prominent speakers included Boston archbishop Cardinal Sean O’Malley and State Representative James Lyons. Boston Archdiocese Faith Formation director Rev. Matt Williams and event emcee Kelley McCormick made the constitutional case for life, with the former arguing that “all men are created equal” and the latter noting, “If you don’t get a chance at life, then you don’t get an opportunity for liberty and happiness.”

Cori Connor-Morse, founder of 40 Days for Life’s Lynn, MA chapter, tearfully recounted the emotional fallout of her own abortion at age 20: “My baby should not be in heaven. My baby should be all grown up and living his life here, with us, as it was intended by Our Creator.”