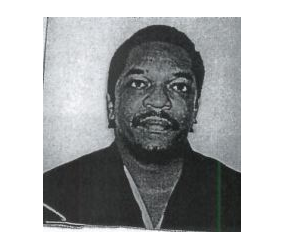 Late-term abortionist Harold O. Alexander had his medical license suspended for three months by the Maryland Board of Physicians yesterday. This is his second suspension in two years, bringing into question why this man is still allowed to practice medicine.

According to the consent order, Alexander is guilty of “unprofessional conduct in the practice of medicine.” After his three-month suspension is over, he will be allowed to practice medicine again, although he will remain under probation for “at least” three years. Once the suspension is lifted, he cannot be employed as a sole practitioner for at least a year, and must work under the supervision of a board-approved physician, who will have to file monthly reports.

Alexander was previously charged in 2012, for unprofessional conduct, failure to meet the standard of quality medical care, and inadequate medical recordkeeping. Alexander had been accused of sexual misconduct, as well as self-prescribing medications and prescribing medications for family and friends, and his license was suspended. After the suspension was lifted, he remained under probation.

Last October, his clinic was inspected. It was found to be an unlicensed surgical abortion clinic, yet Alexander admitted to performing abortions there on a regular basis. There was no nurse on site when the abortions were performed, which is a violation of state regulations. Multiple other violations were found as well. He had also applied for his clinic to become a licensed abortion clinic, despite knowing that he could not do so until his suspension was lifted.

And even though he knew that he could not be granted a surgical abortion facility license, he still performed abortions.

Operation Rescue has details on his checkered past:

On August 22, 2012, the MDBP found that Alexander had committed unprofessional conduct when he shredded the medical records engaged in a host of abuses including sexual boundary violations, multiple botched abortions, shoddy or non-existent record keeping, and the illegal prescribing of large amounts of Viagra and other drugs to himself and non-patients.

… While being interviewed under oath by the OHCQ, Alexander admitted that he had performed approximately 150 abortions at his unlicensed Forestville abortion clinic between June and October, 2013.

Those abortions were done illegally and under dangerous conditions that risked the lives of his patients.

… Alexander employed only two workers, neither of which were licensed or qualified to perform medical duties. Nevertheless, Alexander instructed one of them to administer sedation to patients even though they were unqualified to do so. One of his employees, who was only hired in June and had no formal medical training whatsoever, became his surgical assistant. His only other employee, who was hired as a receptionist, also assisted in patient care – if you can call it that.

In the ten abortion records reviewed by inspectors, they found that patients’ vital signs were taken once prior to surgical abortions and were never taken after the abortion. Women were left unattended and unmonitored during recovery with the exception of a pulse-oximetry meter attached to the patients’ fingers for the first 15 minutes after surgery.

Operation Rescue also reveals that he performed a dangerous, outdated saline abortion on one patient, which resulted in an “explosive, unattended delivery.”

It is mind-boggling to think that this man will be allowed to continue to practice medicine in just a few short months. This is an abortionist known to flout regulations and standards of practicing medicine, known to practice shoddy medicine, has accusations of sexual misconduct against him, refuses to keep proper medical records, and allows unqualified staff to assist him in surgical abortions.

How bad does an abortionist have to be before the state will take action against him? How many women must be injured – or worse, killed?