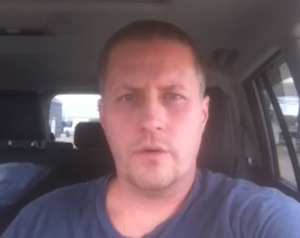 Recently, West Virginia’s rogue “pro-life” governor Tomblin vetoed a pro-life bill that would have outlawed abortion after 20 weeks in the state. The governor’s bogus excuse for  vetoing the bill despite being a self-proclaimed pro-lifer was that he could not sign it since a similar ban had been struck down by the Ninth Circuit Court of Appeals.

In fact, West Virginia could not be farther from the Ninth circuit (which encompasses California – one of the most anti-life states in the country), and the excuse was transparent. The WV citizens who oppose the butchery of fully formed, pain-capable children in utero are outraged by the decision and the governor’s flimsy attempt to pin the veto on constitutionality issues that do not exist. According to John Eastman, director of the Center for Constitutional Jurisprudence:

As the numerous states and organizations who have filed briefs with the Supreme Court rightly argue, Arizona’s law is entirely reasonable and constitutional. We hope the Supreme Court accepts this invitation to revisit the extreme constraints Roe v. Wade imposed on the ability of states to respond to new medical knowledge and safeguard women’s health.

Shaun Adkins, a Marine veteran who has been politically outspoken in his community in the past recently posted the following video to YouTube calling for accountability from West Virginia politicians.

Shaun asked West Virginia politicians to break the debilitating silence that has followed the governor’s decision.

Silence can be deafening when it comes to the political realm. If you can’t come out and say what you’re truly for, how are you supposed to lead the people you represent? See, we have a lot of delegates. Most of you delegates that I’m about to mention, I’m pretty sure you guys voted for this pro-life bill. And that’s a good thing… I believe that all of you guys supported this bill. Where are you now? Why haven’t I seen anything from you guys as far as a public condemnation of the governor’s actions? What about those of you who seek to represent us in Charleston? Where do you guys stand on this? The people deserve to hear your voice. The people deserve to hear your stance before they vote for you… Are you really pro-life? We want to hear. We want to hear what you have to say about this governor’s decision. We don’t want to hear some long, drawn-out cookie-cutter political rhetoric response. We want to hear from you. We want to hear what your true thoughts are on this.

Maybe you only say you’re pro-life in order to gain votes. Maybe you were told to go ahead and vote for this bill because you were told the governor was going to veto it anyway… If that’s the case, and you’re telling the people that you’re pro-life but you’re really not, then I’m sorry, but you’re no better than a rogue charlatan out there trying to sell snake oil to the masses. You’re a liar. The other reason I can think of that maybe a politician wouldn’t want to come out against the governor is that they’re afraid for their political career. They’re afraid of their own party possibly, or what the leaders in their party or the other party would do to them. So if that’s the case, and you really are pro-life, but you’re too big of a coward to come out and say anything, then you lack the courage of your convictions. Simply translated, you have no balls. Now again, if you have come out publicly and said something about the governor’s position… then I applaud you. If you have not, this is your chance. Come out now, post something on this video… this is an issue important enough to all of us that something demands to be said about it.

Again, if you fail to respond, your silence will speak volumes as to where you stand and what you truly are.

Later he asks the politicians in Washington, “Are you pro-party, or are you pro-life?” The former Marine insists that the politicians who are silent on the matter are doing a disservice to their constituents, and that citizens of West Virginia have an obligation to demand action from their elected officials.

Stand up to these people. Stand up to your elected officials. When you see them, demand a response. And don’t let them just come up on your back porch or to your place of work… and say, Oh yeah, yeah, I’m for this and I’m for that. Anyone can do that… that’s what cockroaches love to do. They love to hide from the light. You shine light on a cockroach, and it doesn’t know what to do, so it runs. Well, shine the light on these people and make them come out publicly and say to the masses what they really feel about this. As for you, Mr. Politician… the people deserve better. The people deserve to hear what you feel.

Start being the statesmen you were meant to be to the people who elected you.