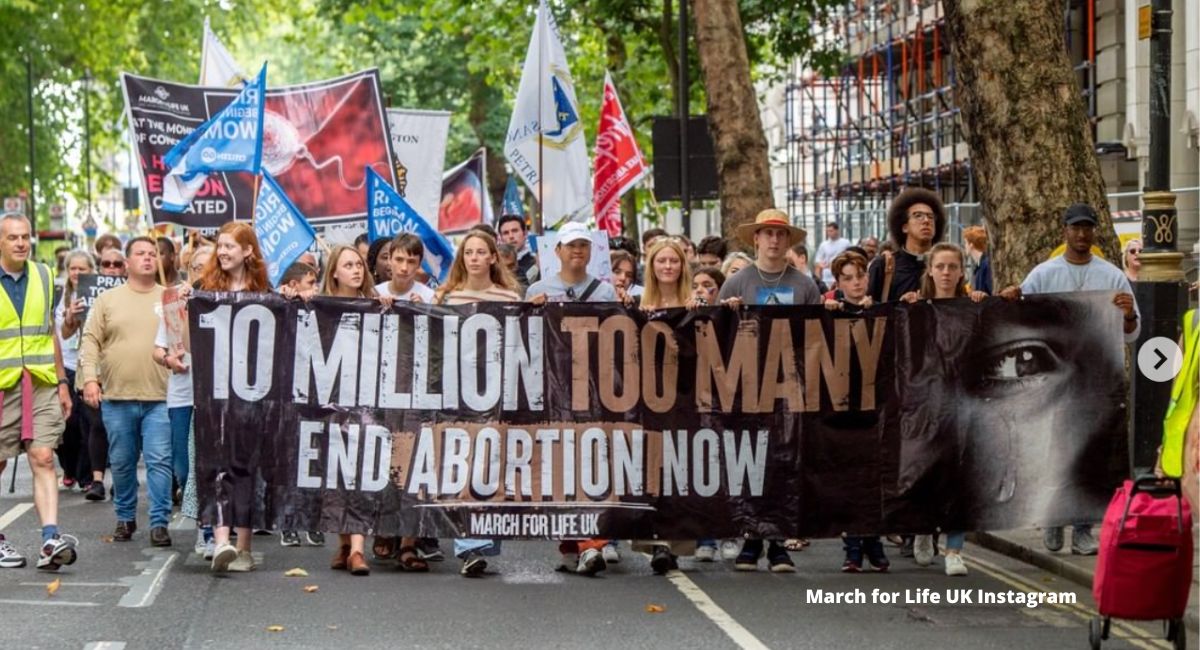 (Right to Life UK) The March for Life UK has recorded its largest turnout yet, dwarfing counter demonstrations from pro-abortion protestors.

The annual March for Life, held in London last Saturday, saw at least 7,000 participants attend, according to police estimates. Pro-lifers of all ages marched behind the slogan ‘10 Million Too Many’, in reference to the number of abortions in England and Wales since it was made legal in 1967.

After hearing from a series of speakers and visiting stalls on Saturday morning, the thousands of participants marched through central London ending in Parliament Square, where they heard from a number of speakers.

One of the organisers of the March for Life, Isabel Vaughan-Spruce, spoke forcefully against the current abortion legislation in the UK that permits abortion up to 24 weeks and up until birth for disabilities including Down syndrome, cleft lip or club foot. She said: “Inside the womb of every pregnant woman is a human being. That’s not politics, that’s not religion, that’s science”.

Referencing the recent overturning of Roe vs Wade in the US, which has resulted in a number of states now granting full legal protection to unborn babies from the violence of abortion and providing support for parents, Madeline Page, CEO of The Alliance of Pro-life Students, said:

“We’ve seen a steady increase in the amount of young people wanting to take part in pro-life events since the news from America, many of these are stepping out for the first time and feel that since this issue is being talked about more, it’s now acceptable to disclose their beliefs”.

READ: Man fosters children with life-limiting conditions: ‘It’s heartbreak. But we should help each other’

The national March for Life in the UK started in 2012 and has increased in popularity rapidly despite the hiatus due to lockdowns.

Right To Life UK spokesperson, Catherine Robinson, said: “It’s so encouraging to attend the march and see the number of people attending growing so rapidly, especially in terms of all the young people who recognise abortion for what it is. They are increasingly rejecting the narrative that the solution to a difficult and/or unexpected pregnancy is to end the life of the baby”.

“Thank you to the organisers of the March for Life, Ben and Isabel, who we know put so much work into organising this event each year”.

“We hope the march will continue to grow and that abortion will, one day, become unthinkable”.