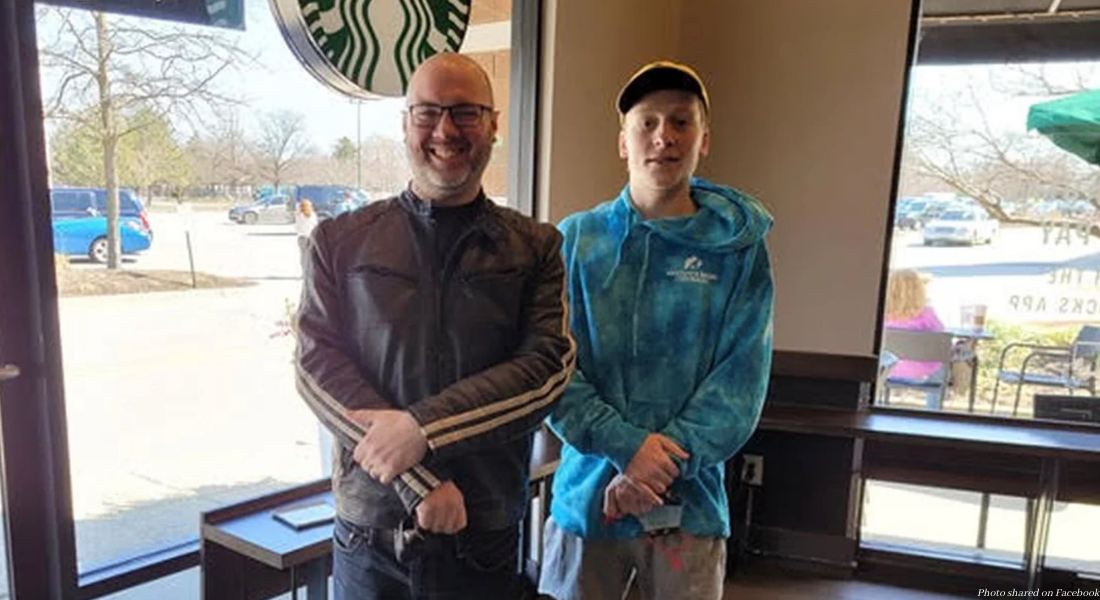 Eighteen years ago, Griffin Baron was a 21-year-old working as a shift supervisor at Starbucks. He had no idea that he was about to deliver a baby — or that nearly two decades later, he would be reunited with the child he helped bring into the world.

On August 20, 2002, Baron sold Lisabeth Rohlck a bottle of water before she headed to the bathroom. Rohlck was heavily pregnant, just three weeks shy of her due date. A commotion quickly caught Baron’s attention. “I just heard these high-pitched screams,” Baron told Good Morning America. “I’m 21. I know nothing about delivering babies. All I knew was you get hot towels, because that’s what you see in movies. I opened the bathroom door, and I see a customer huffing and puffing and a baby is coming out.”

There was a huge media frenzy after the delivery, but Baron never saw Rohlck again. Yet he still wondered what became of the baby. “I thought about him constantly,” he said. “What type of person he turned out to be, if he was a funny little kid…”


That curiosity never completely faded, and he eventually searched for Rohlck’s name online, only to discover tragic news: she had passed away from breast cancer in 2012. The baby he delivered was named Jonathan Celner, and his father, Thomas Celner, died in 2020. Baron found a GoFundMe for Jonathan, now a teenager, and his older brother, and decided to reach out. He left a message on the GoFundMe page and managed to connect to Jonathan’s aunt before finally finding Jonathan on Facebook.

“I was like, ‘Oh my god,'” Baron told TODAY in an interview. “I was the barista the day you were born, and I have always wondered, what, like, what came of you after you were born?” After some chatting, the two decided to meet up at the very place where it all began: the Starbucks where Jonathan was born.

Today, Jonathan is going to college while working for UPS, and grew up hearing the story of his incredible delivery. “The story always reminded me of my mom, which I really enjoy,” he told Good Morning America. “She would always tell me the story and would say how insane those next few weeks were for her — just a total media circus. When Griffin [Baron] reached out, it came full circle, which was cool.”

Baron is now a father of two himself, and the delivery of his own son was a reminder of that amazing day at Starbucks. “I’ve thought about you a million times,” he said on TODAY. “It’s bonkers. I mean, like, I wanted to know more about this kid for so long and then finally I got to meet him and it was just this very exciting moment… I think about him all the time.”