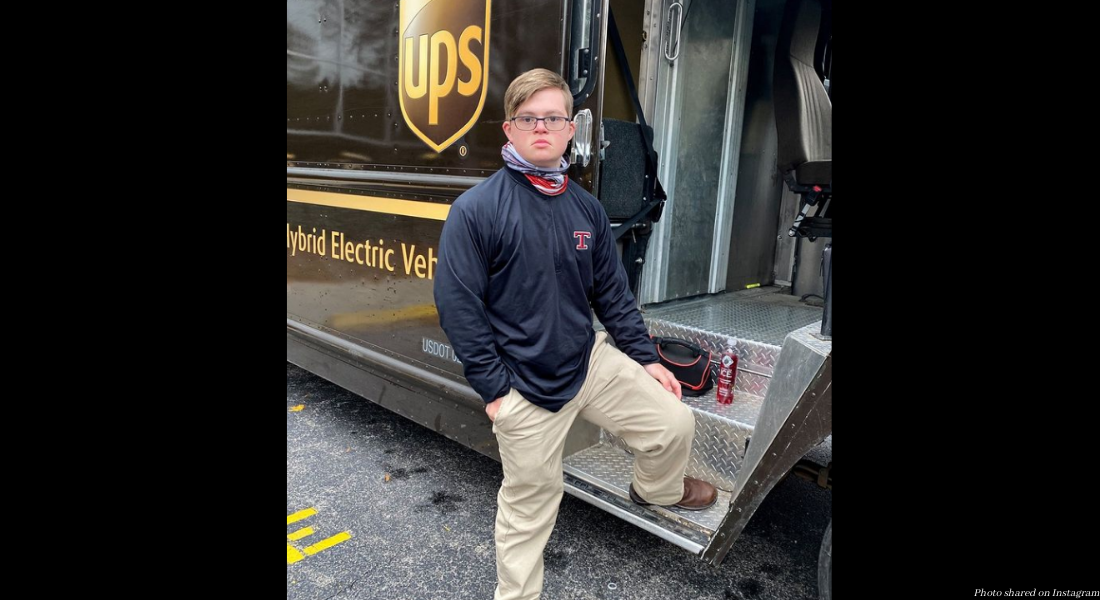 When many parents receive a diagnosis of Down syndrome, they’re told not to expect much. Rather than tell them all a person with Down syndrome can accomplish, doctors often speak of all that they are not expected to do. Yet time and time again, people with Down syndrome overcome the obstacles placed before them and accomplish amazing things. Jake Pratt is a perfect example.

But Pratt has proved all these predictions wrong. He graduated high school, where he played on the football team. He then moved on to graduate from the Clemson University LIFE program. And he’s working two jobs, including a brand-new job at UPS.

Thank you @UPS for giving my brother a chance & promoting inclusion in the workforce. Jake has Down Syndrome but that doesn’t stop him! He loves his new job running packages up to 8 hours per day. That’s after working 6-10 am every morning at the golf course. I’m so proud of him! pic.twitter.com/mvlZ1ry8JW

“He’s not driving a truck, but he is working up to eight hours a day running packages to our doorsteps,” Karle wrote. “He’s walking some 15,000 steps a day. He’s doing it with a smile. Oh, and that’s in addition to Jake working maintenance at a golf course from 6 a.m. to 10 a.m. seven days a week. That big backpack blower? Piece of cake.”

Pratt makes his own lunch the night before, gets his clothes ready, and prepares for the next day. Amy Hyde, his sister, spoke to PEOPLE more about how the job at UPS means so much to him, because all he’s ever wanted was for someone to give him a chance.

READ: Groundbreaking model with Down syndrome graces the digital cover of Allure

“This opportunity to work for UPS means everything to Jake because it is his dream to be able to live independently. He has achieved so much, but none of it would be possible without people embracing him and giving him a chance,” Hyde said. “Jake is so worthy and capable, so it’s just awesome for others to be able to see that,” she continues. “He has done a lot to break barriers and raise awareness that people with Down syndrome can accomplish anything they set their mind to.”

According to Hyde, Pratt’s diagnosis was a surprise, and his family was told that he “would never be a functional member of society.” But Pratt’s parents didn’t listen, and instead embraced him. Hyde called her brother funny, confident, loving, and hardworking.

My brother, Jake, is 18 & a senior at Vestavia. He also happens to have Down Syndrome. Tonight 2 teams helped to make his dream come true! pic.twitter.com/uLoP3KH8KR

“[The doctor] said that his impairment would keep him from living any sort of normal life and he might even need to be institutionalized,” she explained. “My family has always embraced the philosophy that Jake is no different from you or I and that there are no limits on what he can accomplish.”

Hyde said that whatever Pratt has put his mind to, he’s been able to accomplish. And in the meantime, he’s making a difference on everyone he meets.