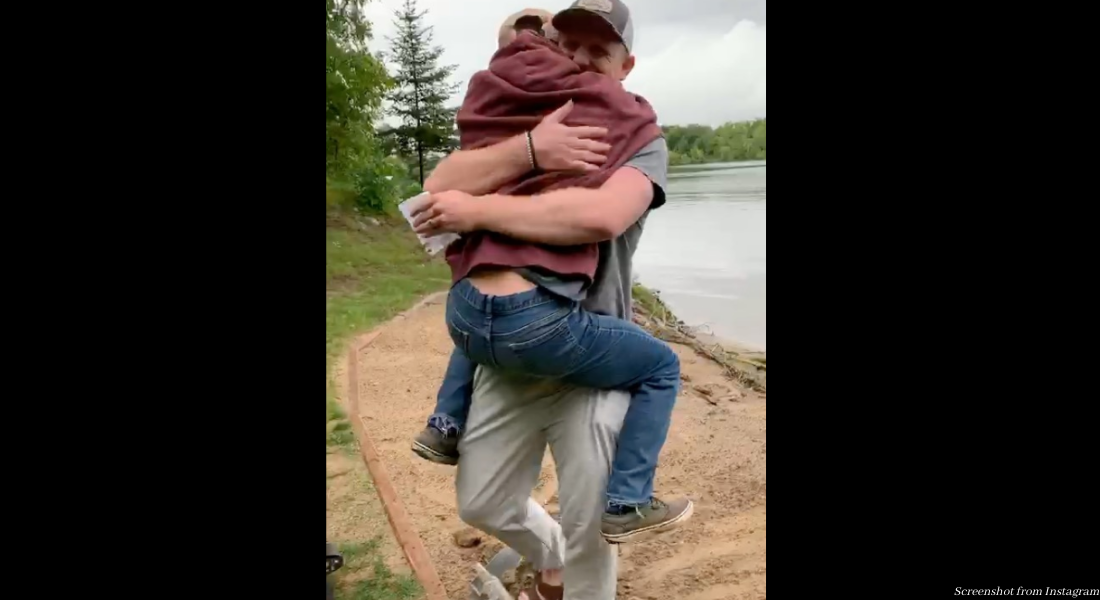 A young man with Down syndrome got a surprise proposal from his brother in a video that’s gone viral. Will Claussen knew his brother, Henry, loves metal detecting, and after getting engaged, he knew right away who his best man would be — and the perfect way to ask him.

Will, 24, is getting married next summer, and he’s been inseparable from Henry, 22, since they were kids. Will explained to In The Know that he was the first person to understand Henry once he began talking. “He has the sweetest soul and has never said a bad word about anyone so it was a no brainer for him to be my best man,” Will said.

Originally, Will’s surprise proposal was for his fiance. But when that plan didn’t work out, he repurposed it for his little brother. “He loves metal detecting so I knew this was a no brainer and he had no clue it was coming,” he said.

In the video, Will can be seen using a metal detector, and Henry uses a shovel to dig up what they found: a glass bottle with a note inside, and Henry seemed to catch on immediately, asking, “Will, did you put this in here?” The brothers unfurled the note together, and according to Will’s Instagram, it read: “Henry Joe, you are already the BEST bro, and my very BEST frand, so will you please say yes and be my BEST man?”

In a World with much need for love and positivity, @claussenhenry_ always comes through ❤️ The note reads: “Henry Joe, you are already the BEST bro, and my very BEST frand, so will you please say yes and be my BEST man?”

After finishing the note, Henry looked up at his brother with a shocked smile, and Will asked, “Do you want to be my best man?” Henry’s response moved people around the world; he dropped everything he was holding and leapt into his brother’s arms. Through happy tears, Henry told his brother he loved him.

“Henry and I are very humbled by all the kind words and comments to the point where it’s been hard to wrap our head around,” Will said of their newfound internet fame. “We are grateful.”

Doctors frequently give women worst-case scenarios when they receive a Down syndrome diagnosis, but as Henry and Will’s relationship shows, it is hardly the tragic scenario women are led to believe it is. Siblings and parents alike overwhelmingly say their family member with Down syndrome has had a positive effect on their lives. Disability does not mean someone is a burden or that they cannot lead a happy, fulfilling life — it merely means their life might be different.