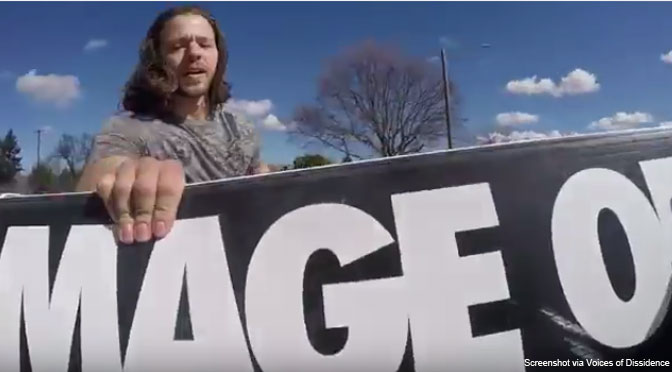 In yet another example of the way the truth about abortion provokes violence among those who support it, a man told anti-abortion demonstrators outside a Planned Parenthood abortion facility that he had “already killed seven” of his children — and then turned his anger at protesters.

In the video uploaded to YouTube in April, an abortion abolitionist can be heard asking if those walking into the abortion facility know that “this place kills children.” As a man walked to his car with a woman, the abolitionist told him the “blood of the children are on your hands, sir” as he called out for the man to “repent” and “turn to Jesus Christ.” The man then got out of his car, removed his jacket and quickly approached the protester. As the protester warned him that he was “being filmed,” the man proceeded to grab the protester’s sign. The protesters calmly talked to the man, who told them they made “someone cry.” As the woman the man escorted out of the Planned Parenthood approached, he turned and took her back to the car. Then the angry abortion supporter returned quickly to the protester, telling him, “Shut your f***ing mouth.” He proceeded to rip the sign (which displayed the image of a preborn child) from the protester’s hands and threw it across the parking lot. The angry man then walked back to his vehicle and left. Watch the video below: