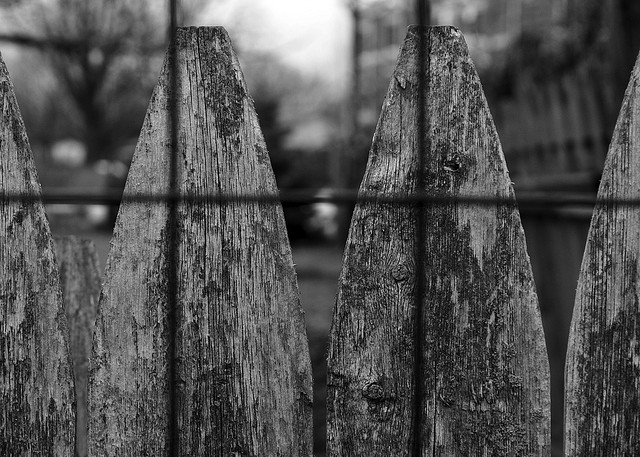 Parts One and Two can be found here.

After I discovered my second pregnancy, my fiancé and I moved to another state where we shared an apartment. Being new to the area, I asked some of the ladies at my hair salon for suggestions on what clinics they would recommend. When I arrived at one of the recommended doctor’s offices (not Planned Parenthood), a nurse confirmed I was pregnant and pulled out a small machine that had a long tube on it. The nurse aimed it towards my abdomen, motioning for me to lift up the bottom of my shirt. 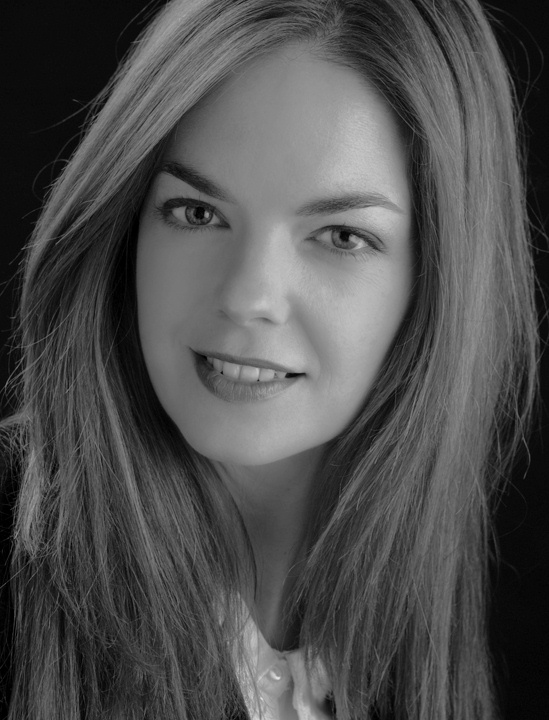 “Congratulations!” she beamed, “You’re pregnant! Now just lower your pants a bit so we can hear the heartbeat with this Doppler.”

I felt incredible joy in this moment in a way I didn’t think possible – and a heartbeat? As plain as the sunrise each morning! No one celebrated this at Planned Parenthood in my previous experience. But that joy was quickly replaced with a wave of guilt and shame for what I had decided to do just less than a year ago.  I felt unworthy of the life now inside me. I continued to bury my thoughts of what happened that terrible. Afraid of looking back, I convinced myself this was a new start.

In the fall of 1999, my fiancé and I were married, and I gave birth to a healthy baby girl! This little life created joy and harmony in a way we never thought possible. For my husband, he never dreamed he would have such a smart, beautiful daughter, and he often found himself wondering how he deserved such a thing.

Time passed, and my husband began having difficulty keeping work. It was evident that he struggled with depression, and in late summer 2001, I discovered I was pregnant again.

Naturally I went back to the OB that I’d seen while pregnant with my daughter. This time, however, I was experiencing sharp pains in the lower left side of my pelvis that seemed to be getting no resolution. The OB could not find anything on an ultrasound or pelvic probe, so exploratory surgery was the next step. I was told there could be a cyst, cancer or something possibly worse that they couldn’t pick up from the images.

“You know,” my OB commented, “We can take care of this if you want…during the surgery. Besides, you’ve already taken Dilantin for what could have been a reaction to the Pill, and you clearly cannot take Depo-Provera due to the side-effects you’ve shown in the past.”

I was told that, chances are, the baby already had a cleft pallet and that we would encounter a whole hassle of issues including surgeries and expense. I thought we didn’t need this right now. I was stunned – and scared at this reality – angry and upset. The OB completed his thoughts by saying, “You don’t have to, but know that it’s an option,” speaking of abortion.

So here we were on the bandwagon again. My husband and I decided to do things a little differently this time by checking out all the options. We began by talking to family. One member agreed that having this baby was not a wise decision, while another reminded us that by aborting, we would be losing a life. What side of the fence were we on anyway?

The reality was that we weren’t sure medically what was going on with my body. So together, my husband and I figured we’d try another Planned Parenthood location, trusting we would be counseled differently as we were now a married couple with a child. We needed support, and perhaps they had resources to help us sort this out. And the lingering question remained: “Do I want to keep the baby?”

We pushed through the crowded mass of people and entered the building. My husband and I slid our ID’s through the thick glass block between us and the front desk staff. “This is ridiculous,” I thought. “Why did we decide this again?” The room was noisy, crowded, and people were very grouchy.

We shared with a new counselor our concerns and my experience with abortion at the first Planned Parenthood clinic. We talked about my husband’s health, how finances were tight, and the issues we were up against with this pregnancy and asked what they could offer.

The answer was simple from this counselor: “You need to abort.”

So, we asked what their procedure was, as we’d been through this before, and were told they used Tylenol for all their surgical procedures. My husband began to complain and reminded the counselor of my experience just a few years ago. She informed us that if I wanted to be asleep during the process, we should head down to another neighboring clinic where they were equipped to handle twilight sedation.

I wasn’t happy that the conversation was headed towards abortion again. What I wanted was someone to ask: “Have you checked out ‘XYZ’ places, a church, second option?” When in crisis, I learned people aren’t thinking those things clearly themselves. They’re thinking “FIX IT NOW!” and I played right into this mentality.

The counselor interrupted, and said she wanted to speak to me alone. I told her I didn’t want to speak to her alone. She pressed, and we left the building. Upon returning home, the counselor called me again – not once, but over the course of an entire week. One time, she called twice during the same day, pressing that I needed to have an abortion for my own health. I hung up on her and called my OB.

I explained to my OB our experience with Planned Parenthood and asked how the procedure though the hospital would be done differently vs. the Planned Parenthood clinic. Because my OB was also a surgeon, I was reassured that things would operate very differently. I would be in “professional hands” in a medical facility where if something were to go wrong, emergency staff would be there to help. The bonus? I wouldn’t have to hear the roar of the suction machine. And to make me feel better, remaining parts of the extracted fetus would be used for stem cell research. Well, I thought. This may be for the better. But was it? 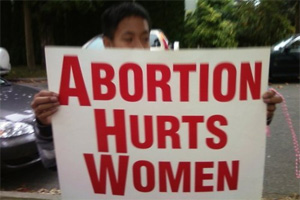 The eve of my second abortion appointment came. As my husband, I, and our daughter sat together curled up on the couch, we watched the news following the tragic events of 9/11. It was in that moment I began to realize that there were not just three of us sitting on the couch, but that there were actually four. And that this little soul was going to meet its Creator along with all the lives that were lost in the 9/11 attack. I prayed, trying hard to rationalize the situation… Stem Cell research made me feel better. But I kept questioning whose life was more important?

I awoke in the recovery room. This time I was in a bed, surrounded by calm nurses quietly tending to my needs. I could hear my husband’s voice in the background, and I knew I was okay. But again, there was that empty hollow feeling coming back. So what did they discover that was going on in my body?

I had quote, “too much colon.” So much of it apparently that a specialist was called into surgery while I was under. Not life threatening, but somewhat concerning as it could cause problems down the road. The OB informed me that the type of surgery I might need one day was a ten day hospital stay with a six week recovery.

I drudged around for nearly a year gathering specialists’ “opinions” on what to do with this new information. What was most baffling is when I had a second opinion. Following an x-ray exam, my colon appeared to be perfectly intact, and more than likely I was experiencing irritable bowel syndrome. I vowed that that was going to be the last time anyone would convince me to have an abortion. I had my answer but another life had been lost in the name of “research.”

People tell me I should have known better, or, that I was exercising my freedom of choice as a woman. That what I chose to do in my circumstance was a “giveaway” for another life. That we couldn’t afford another child anyway, and perhaps I knew that I couldn’t handle having any more children. But at what cost?

The saddest part of this story is that one cold January morning in 2004, my husband took his life following years of depression. In his early teens he’d received his first knee surgery that led to a gradual dependency on prescription pain pills. By the time he was 39, he had become completely dependent upon them to mask his own suffering – not just physical pain, but emotional as well.

Our daughter was just four years old, and we were both home at the time of his unexpected death. No one, not even the paramedics or the emergency staff at the hospital, could save his life.