Let them get their money elsewhere, if they can. 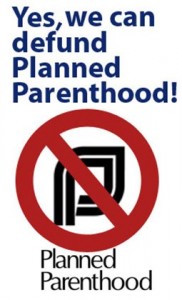 Yesterday, in a major victory for pro-life advocates, the 5th U.S. Circuit Court of Appeals (which is one step below the Supreme Court) ruled that the State of Texas indeed has the right to defund Planned Parenthood.

So in March, HHS stopped funding Texas’ Women’s Heath Program (which serves over 150,000 women) and Planned Parenthood (which represents only 2 of the more than 2,500 health care providers!) sued the state of Texas. That case has been working its way through the courts, and yesterday’s decision vindicated the pro-life’s side.

Wrong. If this had been about women’s health, Planned Parenthood easily could have stopped doing abortions and been again eligible to participate in the Texas’ Women’s Health Program. Instead, while being only a tiny fraction of the clinics that provide “care” to women in Texas, Planned Parenthood was happy to sit by and watch health care for tens of thousands of Texan women be jeopardized.

Maybe, but at least the good people of Texas won’t be forced to pay to keep these doors of death open!