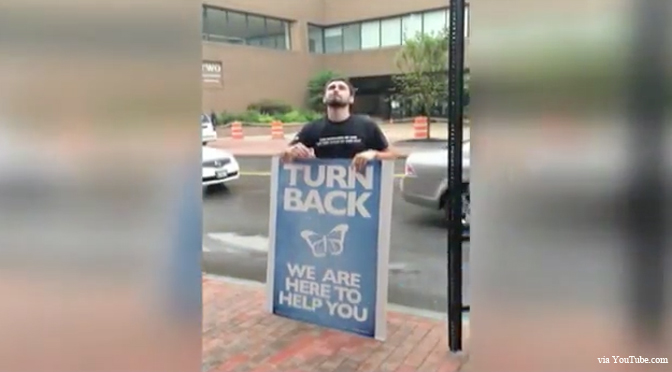 Maine’s attorney general, Janet Mills, said Tuesday that she has sued a pro-life protester for protesting too loudly outside a Planned Parenthood facility.

Mills filed the lawsuit against protester Brian Ingalls, 26, claiming Ingalls violated the state’s civil rights act when the sound of his voice could be heard by patients inside the Portland facility last month.

“While protesters have every right to say anything they want in a public area in the vicinity of a medical facility, they are not permitted to disrupt another citizen’s health care services,” said Mills.

Mills’ complaint asks the court to prevent Ingalls from coming within 50 feet of Planned Parenthood facilities and order him to pay up to $5,000 for violating the Maine Civil Rights Act.

“They’re trying to claim that it’s some kind of safety concern that he was preaching the Bible on a public sidewalk,” Kuenzig said. “Just completely meritless.”

The lawsuit comes a few weeks after the city of Portland was ordered to pay damages to pro-life protesters for violating their right to free speech by creating protest-free buffer zones outside abortion clinics. The settlement, which was approved by a federal judge, said the city must pay more than $56,000 in legal fees as part of the settlement. In 2014, the U.S. Supreme Court ruled that similar buffer zones in Massachusetts violated free speech rights.