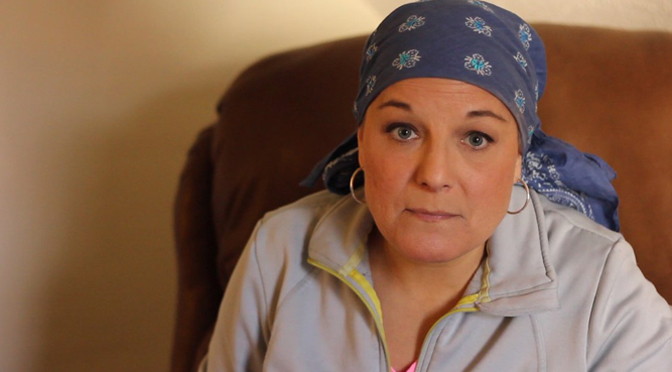 Maggie Karner, the woman who sent a video to Brittany Maynard, the assisted-suicide supporter who took her own life, has died from the same cancer that Maynard had.

On October 29, 2014, Karner bravely opened up to the nation about life with cancer, urging Maynard to choose life and spend precious time allowing those who love her to care for her. Both women were diagnosed with glioblastoma multiforme brain cancer and weren’t given much time to live.  The weekend after Karner’s message of life and hope was shared by Family Institute of Connecticut, Maynard ended her life. Karner fought on.

In her video message to Maynard, Karner pleaded with her not to take her own life. She said:

I understand the horrible fear that you’re facing. […] The loss of control. […] Brain cancer sucks in a really big way. It’s a beast that lurks and prowls, just waiting for the chance to take away more of our faculties, our everyday joys and our very life.

But, ya know what, death sucks, too. It rips us from the people and the passions that we love the most. […] If you take your life, the world will lose some of its beauty. […] Please don’t let cancer get one more second of your life. […]

No one knew better what Maynard was going through than Karner, who said that she was fighting to live and Maynard should also fight, and that perhaps they could be a part of a research trial that could lead to a cure for themselves or people who would be diagnosed with the same cancer in the future.

[…] I can tell you from personal experience that [assisted-suicide] is nearly as troubling as the cancer itself.

You see, I get strength and comfort from the knowledge that nobody is going to give up on me — medically, psychologically or holistically. Right now, I have the firm support of the state and my fellow citizens in my desire to live — no matter the cost or burden.

If that were to change, the tiny knowledge that I might be straining my family, friends, doctors or community resources unnecessarily would be a heavy burden. The constant “option” for suicide would wear at my resolve and I fear, become an unspoken “duty” for me and others.

Karner had served as Director of Life and Health Ministries for the Lutheran Church-Missouri Synod and she traveled the world helping those in need. After her diagnosis, she aimed to fight, and spend as much time with the people she loved as possible before she died.

While Maynard received a large amount of media attention for her fight to die, Karner received very little attention for her own fight to live. May she be remembered as a fighter, a champion of life, and an inspiration for those who never give up hope, no matter how desperate their situation may seem.