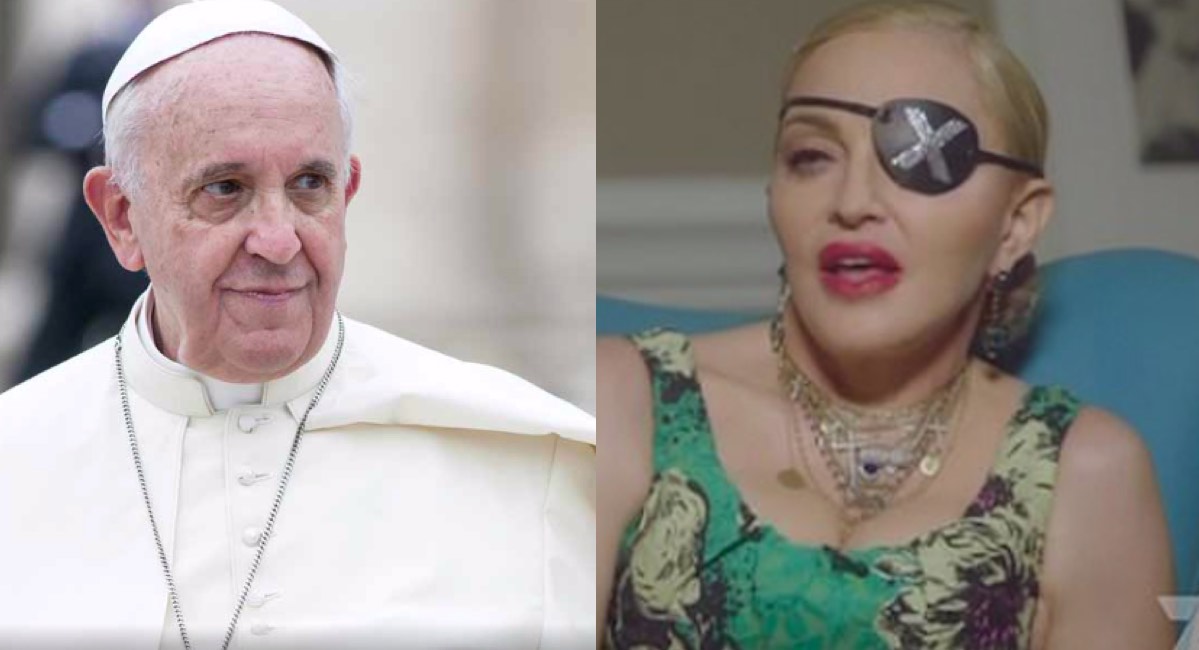 Pop icon Madonna sat down with Australian journalist Andrew Denton, and spoke about her hope for a meeting with Pope Francis — not to discuss religion or theology, but to try to convince him to change Catholic doctrine on abortion.

“Let’s talk about Jesus’ point of view about women. Let’s talk about it,” she said, asking, “What do you really think he thought of women? And don’t you think Jesus would agree that a woman has the right to choose what to do with her body?”

READ: Pope Francis: Abortion ‘is like hiring a hitman to solve a problem’

She also seemed hopeful that Pope Francis might want to discuss this with her, saying, “One day he might invite me. I think this one might…. I think he would be open to having that conversation with me.”

While Madonna strangely seems to think that God would be a supporter of abortion, the facts indicate otherwise. During the Visitation, for example, Jesus was recognized by his cousin, John the Baptist, whom the Bible says leapt for joy — while both were still in their mothers’ wombs. Jesus also spoke extensively about His love for children and about their importance.

Likewise, it is made clear in Scripture that preborn children are seen by God as human beings; the Bible teaches that every human being is made in God’s own image, and that each and every person was created by God. The Psalms speak of how people are “knitted… together” in their mothers’ wombs and are “fearfully and wonderfully made.” Scripture also teaches how one’s humanity is not determined by age, size, or abilities.

Even if one were to discount the humanity of preborn children, Jesus did not call for people to indulge their every desire and whim; He said quite the opposite: that if anyone desired to follow Him, that person would need to “deny himself, take up his cross,” and follow Him. This requires sacrificing one’s own desires.

In addition to all of this, Pope Francis has been an ardent defender of life. He has called on politicians to defend all life, regardless of their individual faith, and has on more than one occasion compared abortionists to hitmen. He has personally intervened to dissuade people from abortion and assisted suicide.

Given this background, it seems odd that Madonna would think a personal chat with her would convince Pope Francis to suddenly see abortion as something positive.